Opposite the square Snelman and the Bank of Finland is the House of Estates (Säätytalo map). The building was built in 1891 according to the project by Gustaf Nyström. 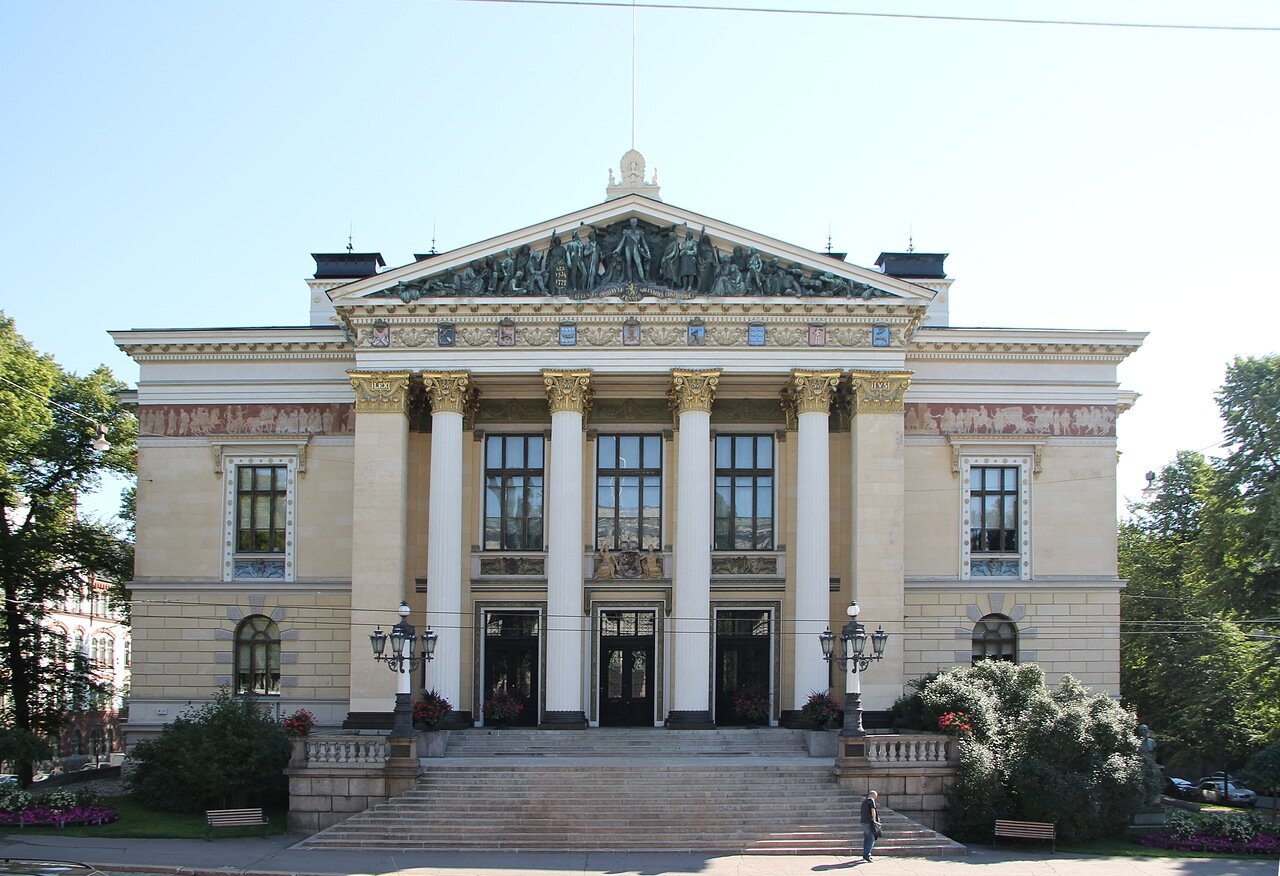 Decoration in neo-Renaissance style made by sketches of the artist Salomo Wuorio. 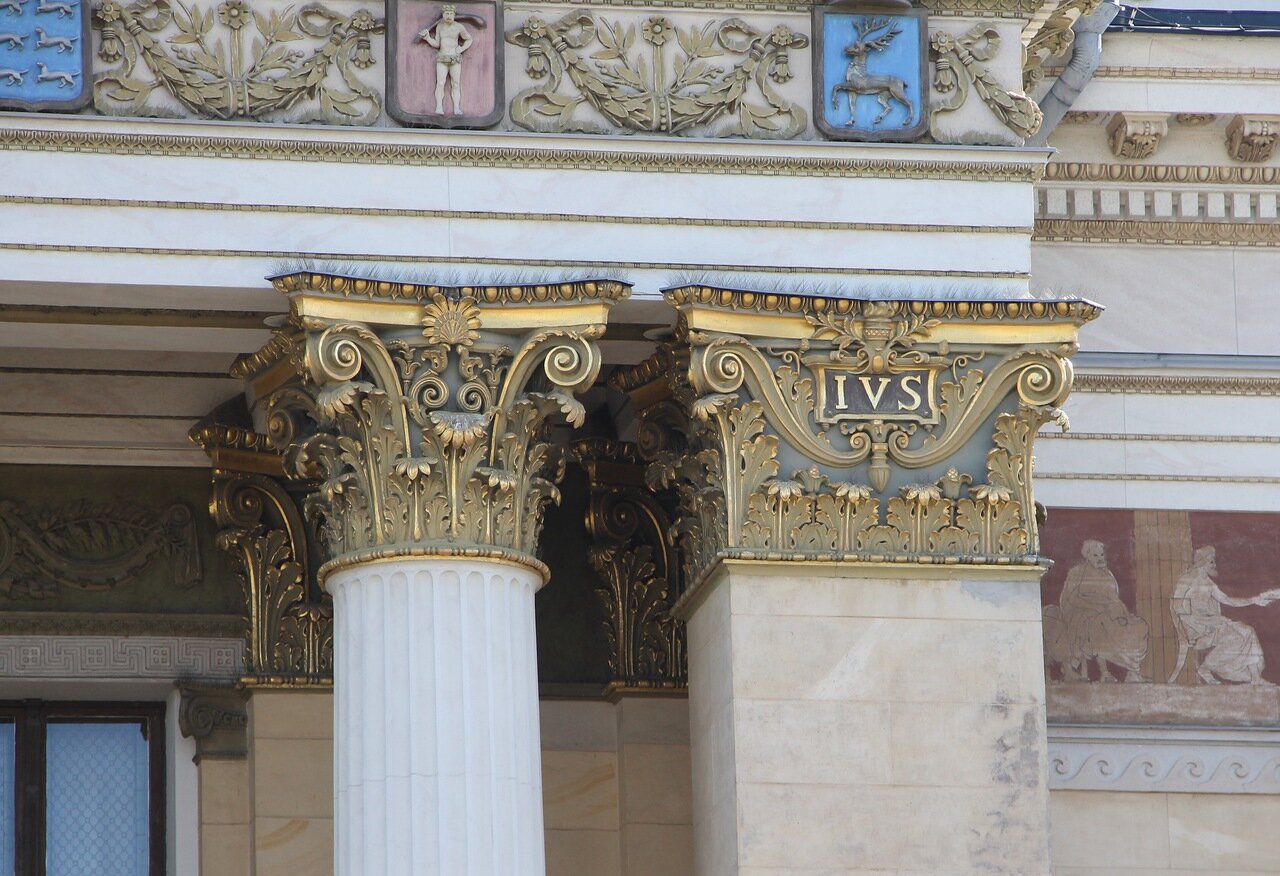 In the appearance of this palace you can see the features of ancient Greek temples. 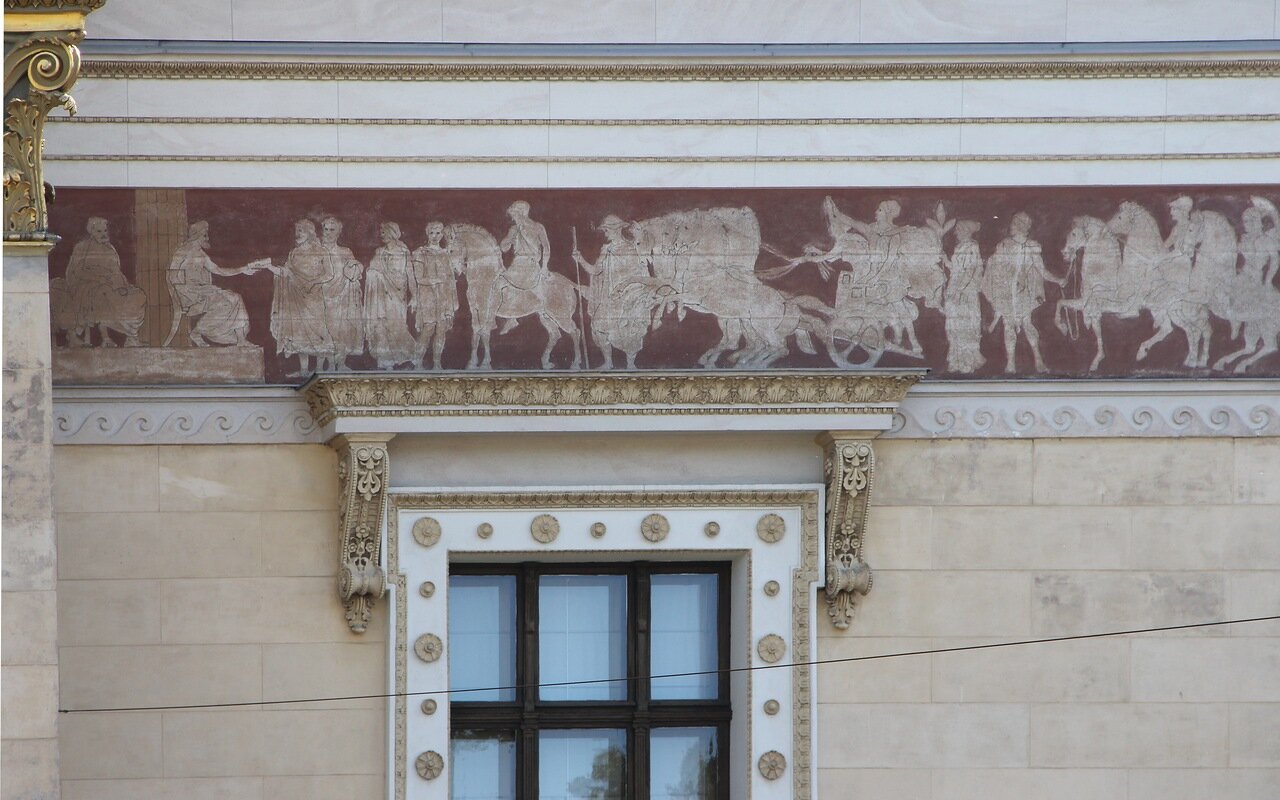 The composition of the Finnish Parliament as chambers included nobility, clergy, bourgeoisie and peasants. The nobles had their own meetinghouse, and this building was built for the other three estates. 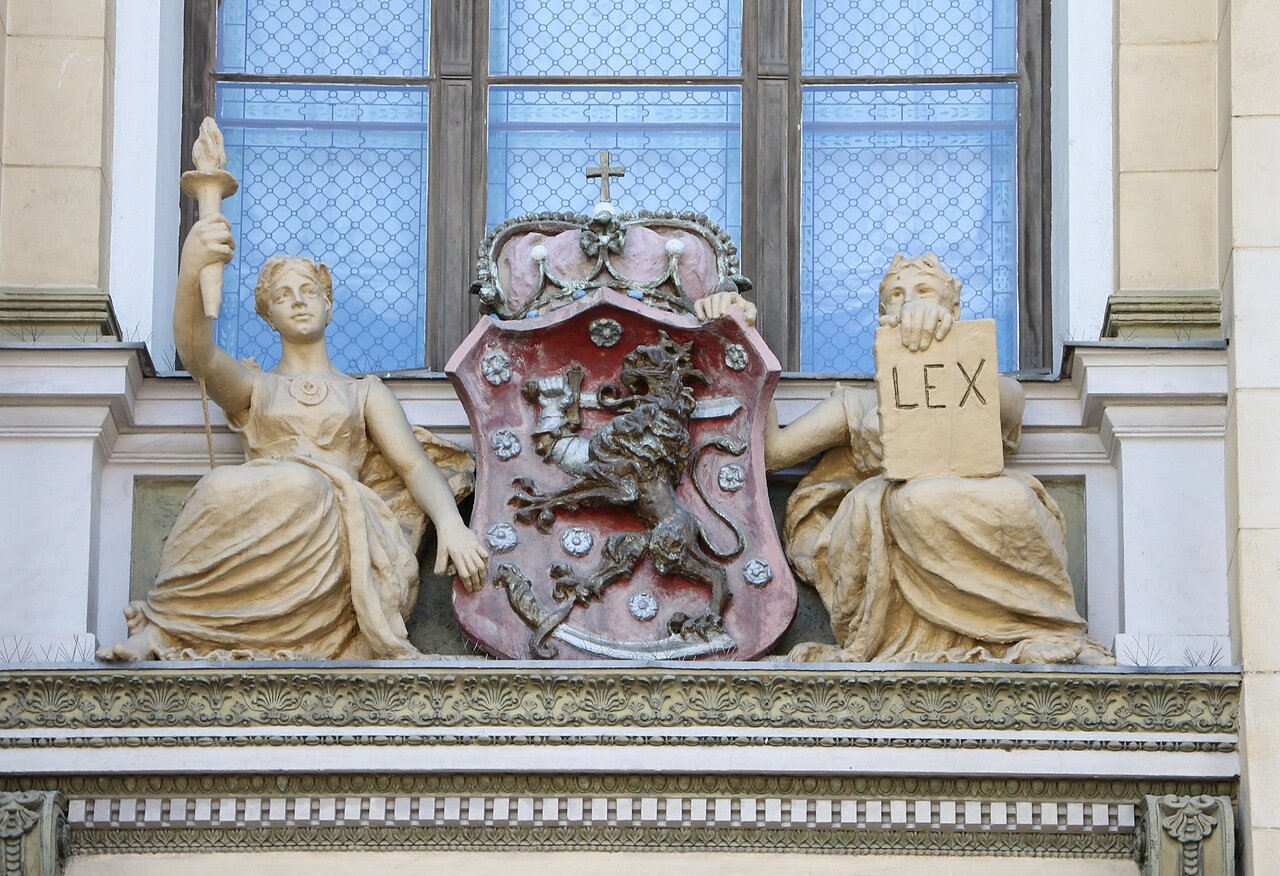 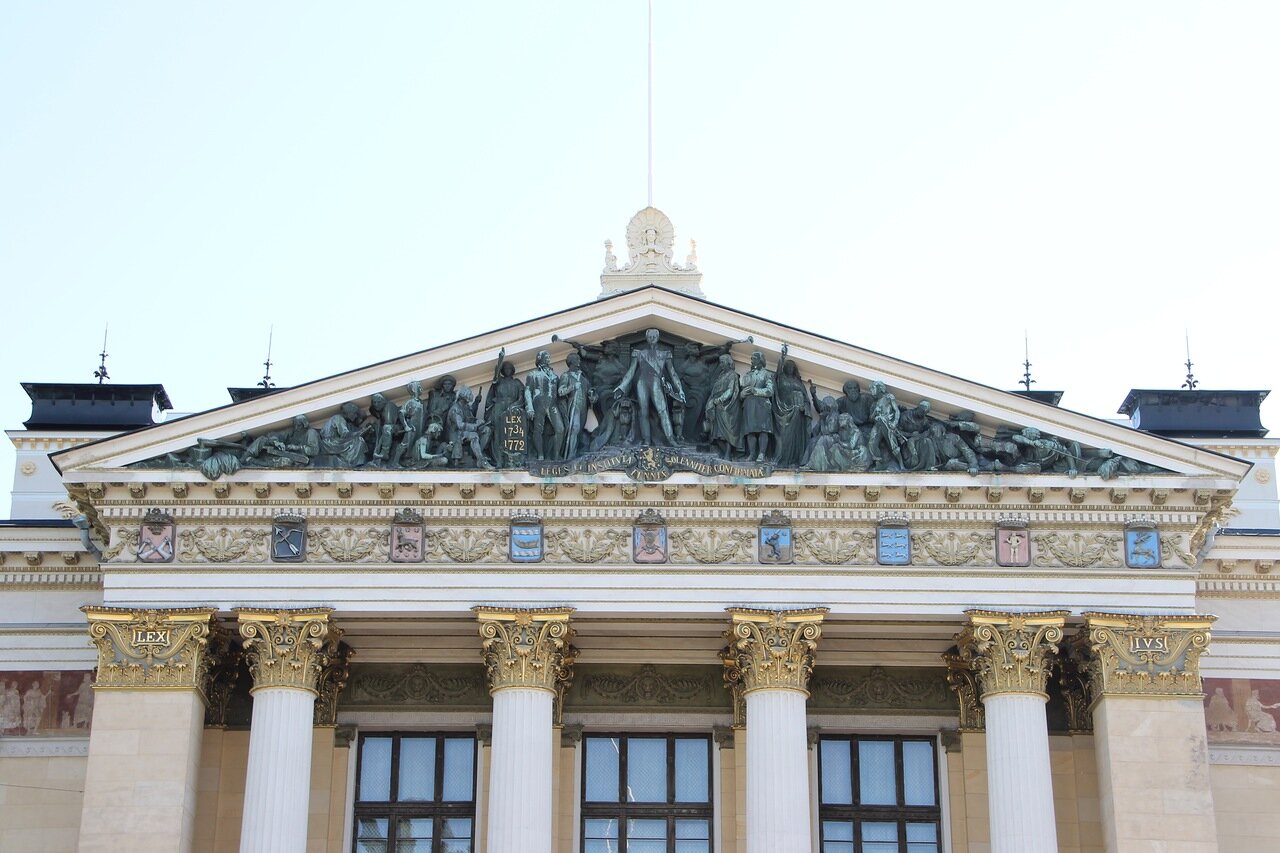 Board with the inscription Lex/1734/1772 means a set of criminal, civil and procedural laws of Sweden, adopted in 1734, he acted in Finland, even under Russian rule. The law of 1772, issued by the Swedish king Gustav, gave him sole authority. The Russian government did not repeal this law, as it corresponded to the principles of Russian authoritarianism (autocracy). 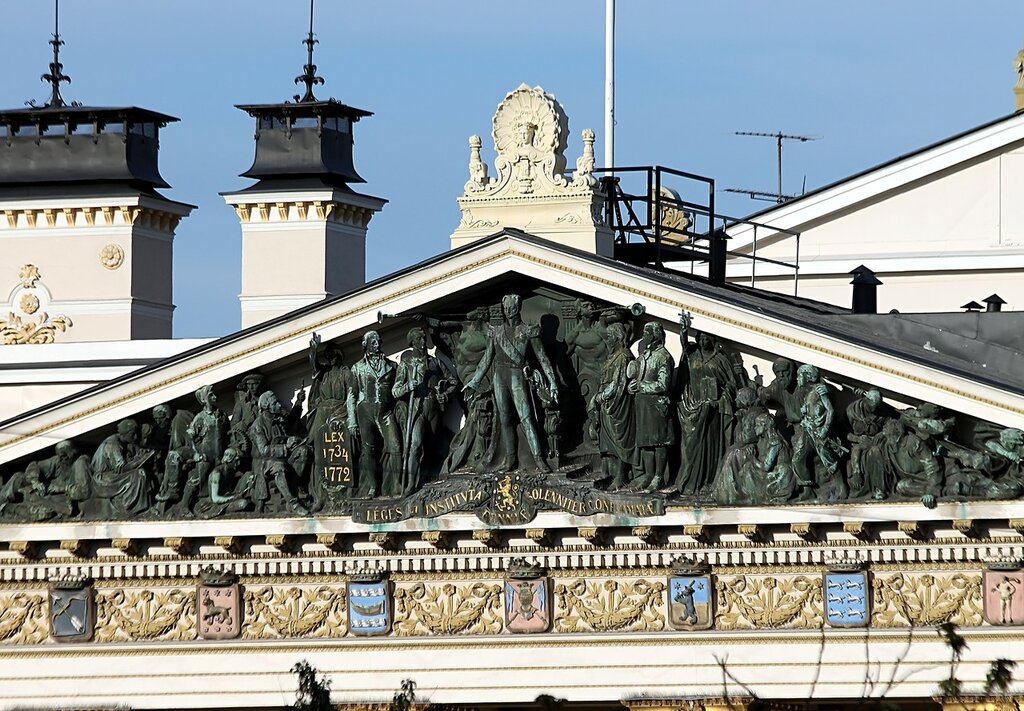 The majestic building was used for its intended purpose only 15 years. In 1906 the estates were abolished and the first unicameral Parliament was elected. The new authority was significantly smaller than the previous one, and its meetings were held elsewhere. since 1931, the house belonged to the Finnish scientific society, in 1978 again became the property of the government. 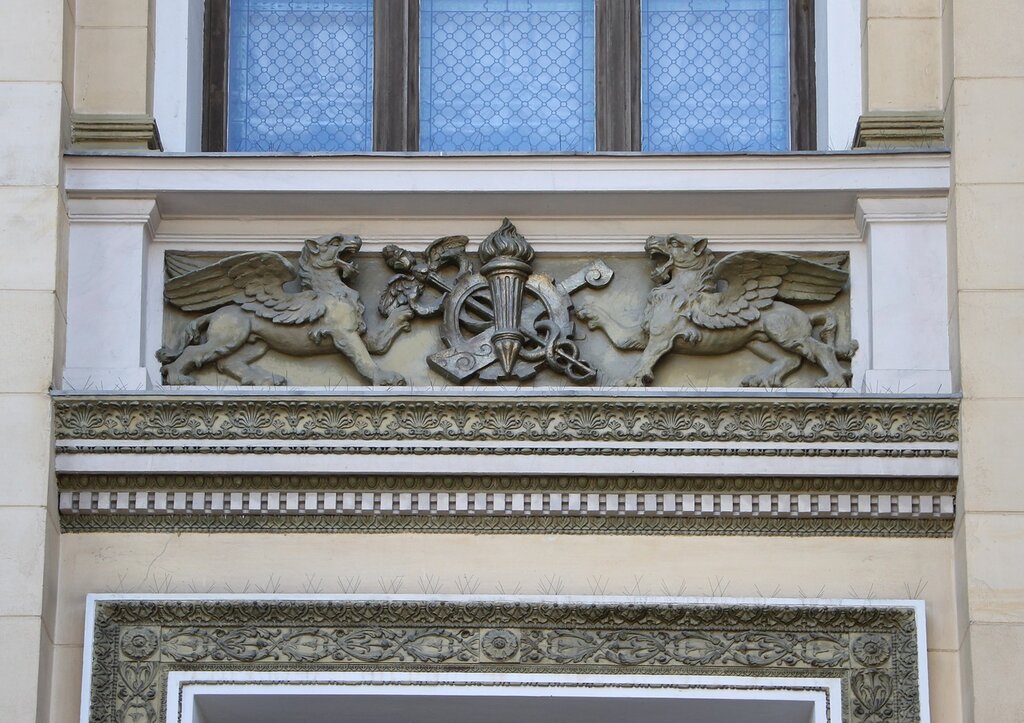 In 1988, under the leadership of architect William Helander, a large-scale reconstruction of the building began. In 1993, this work received the first prize of the Association for the protection of cultural property Europa Nostra. Now the building houses offices of several ministries, a library, halls used for conferences. 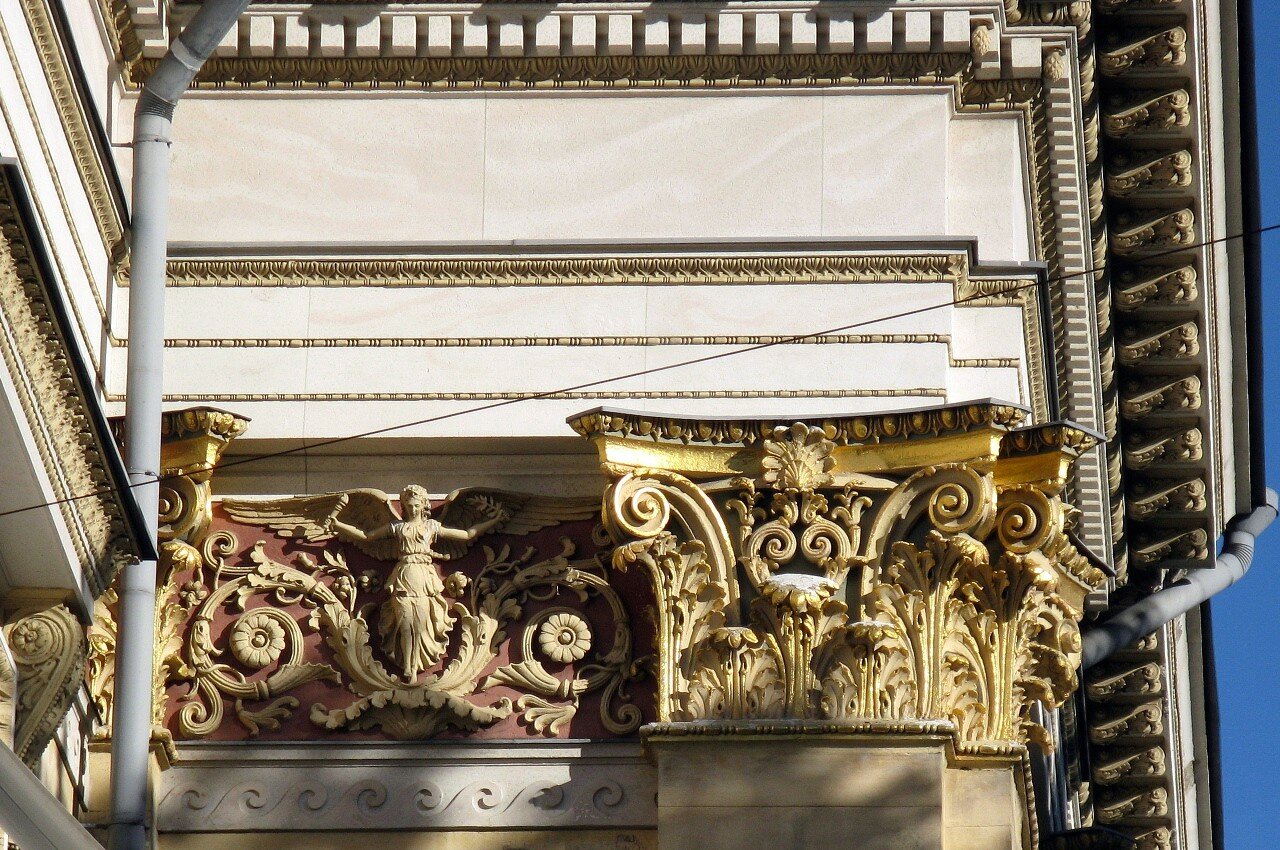