Sightseeing tour of Helsinki's main attractions ended on Senate square, before leaving for Turku I had four hours of free time, and I went for a walk in the area of Kruununhaka. A block from the Cathedral I found myself at square Snellmaninkatu, where the main building of the Bank of Finland (Suomen Pankki map). Until 1808 Finland was a province of Sweden and had no national currency system. After joining Russia formed the Grand Duchy of Finland, which had some autonomy. The national Bank of Finland was established in Turku in 1811 the Russian Emperor Alexander I in 1819 moved to the new capital, Helsinki (Russian Helsingfors). This building was built in 1876-1883 years by the German architect of Russian origin Ludwig Bonstedt. 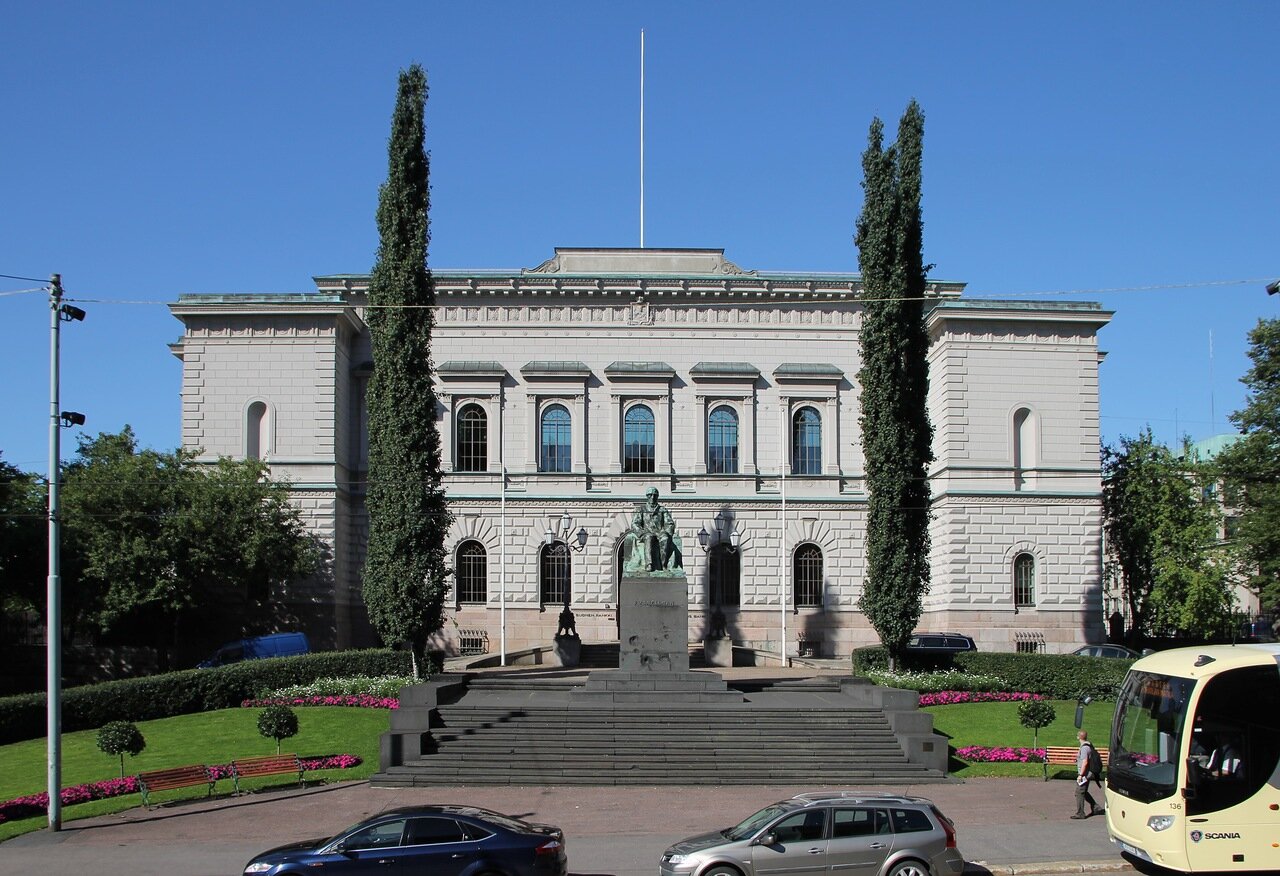 Before the portal of the Bank is a monument to Johan Vilhelm Snellman, a Finnish philosopher, writer and statesman. As a member of the Senate, Snellman initiated monetary reform in 1865, when the Finnish mark became a full-fledged currency, independent of the Russian ruble. On the pedestal there are potholes, the consequences of the bombing of the Soviet air force during the second world war. 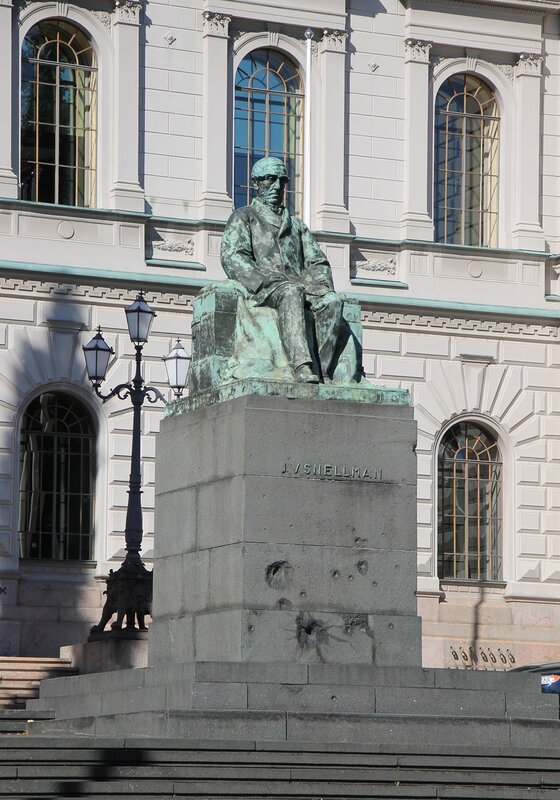 The sculpture was made by Emil Vikström in 1915, but the monument was finished only in 1923. The author of the pedestal and the surrounding Park architect Eliel Saarinen. 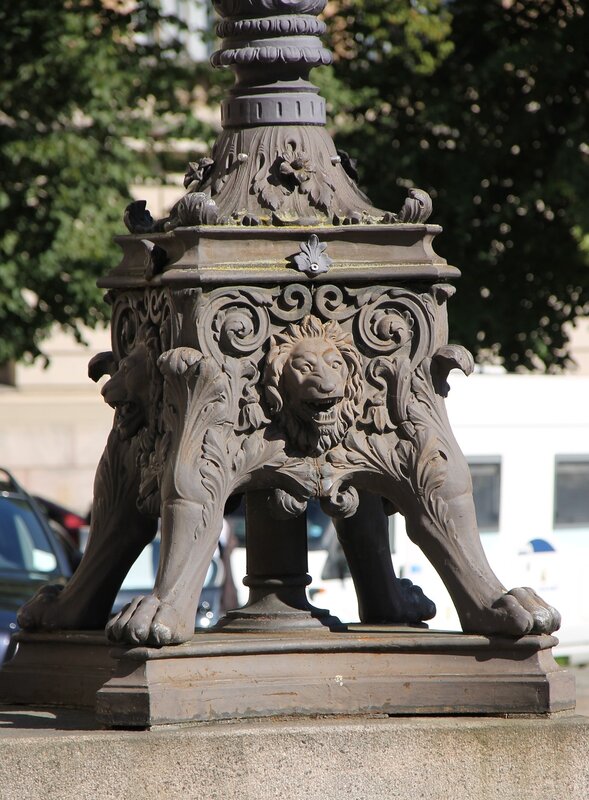 to the left of the Central Bank building is a beautiful house with a clock, the financial supervision Authority (Rahoitustarkastus). This body exercises control over the banking and insurance sectors of the economy.