Since the middle Ages, Finland has been the province of the Kingdom of Sweden, however, it had its own governing body - the national Assembly (сейм), in the Swedish Rikstag there were deputies representing the interests of the Finnish population. After numerous of Sweden with Russia, according to the terms of the peace Treaty in Fredrikshamn concluded in 1909, the Finnish land became part of the Russian Empire. In 1811, the Russian Emperor Alexander I in fact eliminated national self-government, no parliamentary sessions were held. Legally it didn't break any laws because frequency of sessions of Parliament wasn't regulated in any way. Half a century later, Alexander II granted Finland the status of the Principality, in 1863 the national Assembly was convened, the first meeting of which was opened by the Russian Emperor. In 1894, in memory of this event, a monument was unveiled in Senate square 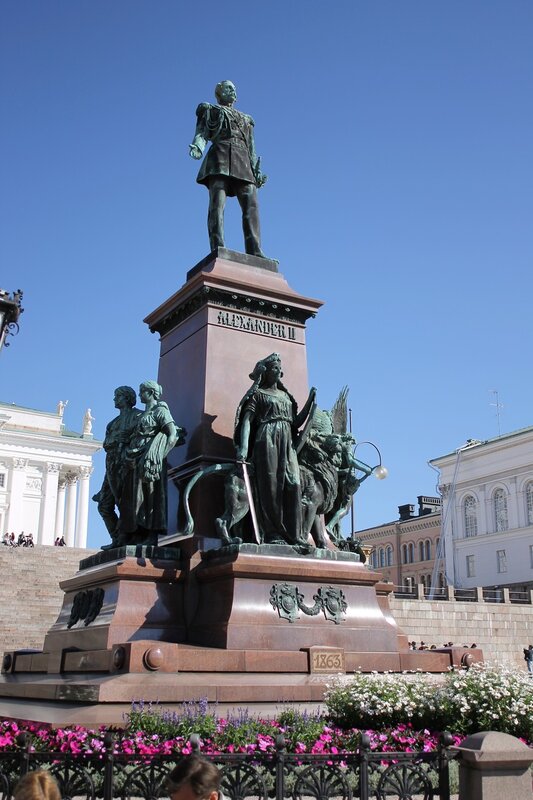 Sculptors Johannes Takanen and Walter Runeberg depicted Alexander II in the uniform of a Finnish guard officer, in which he opened the meeting of the newly formed national authority. The Russian people gave Alexander II the nickname "liberator" because he abolished serfdom, monuments to the king were installed in many cities, but they were all destroyed after the revolution of 1917. Only two monuments have survived outside Russia - in Helsinki and Sofia, the capital of Bulgaria 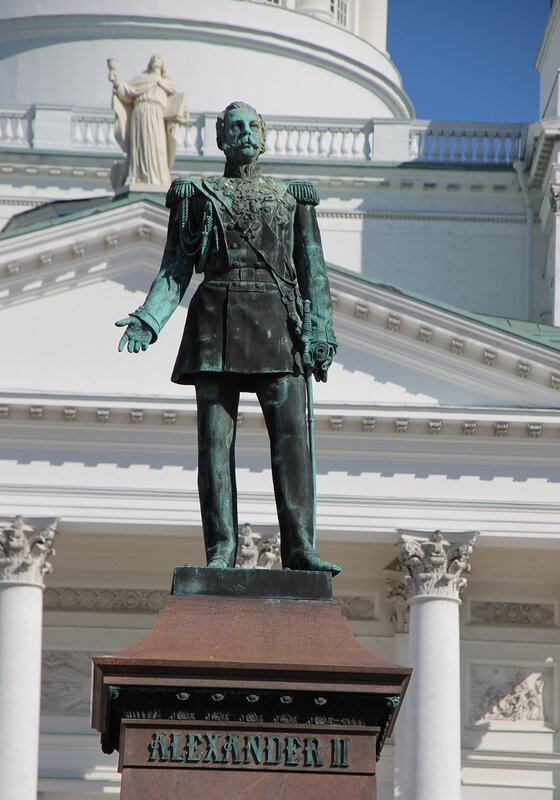 The pedestal is surrounded by four sculptures-allegories depicting the Law, Enlightenment (pictured), Work and Peace. 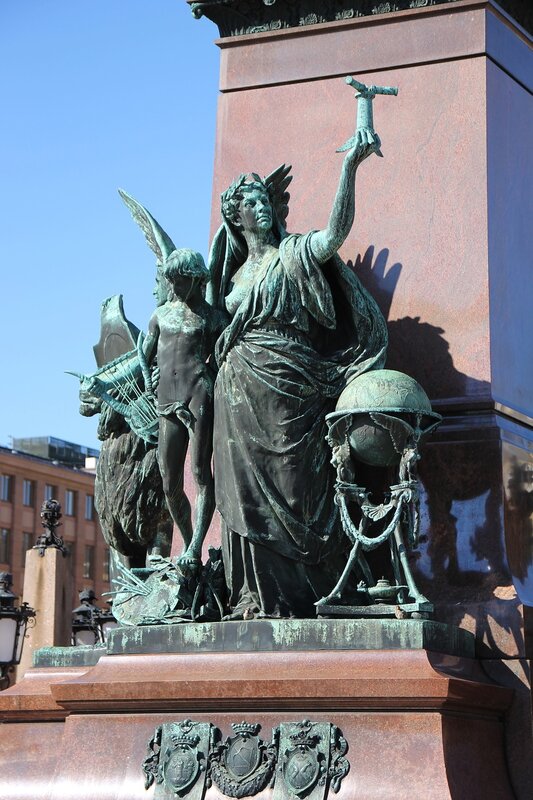 At the corners of the monument are four granite obelisks with openwork cast-iron lanterns. 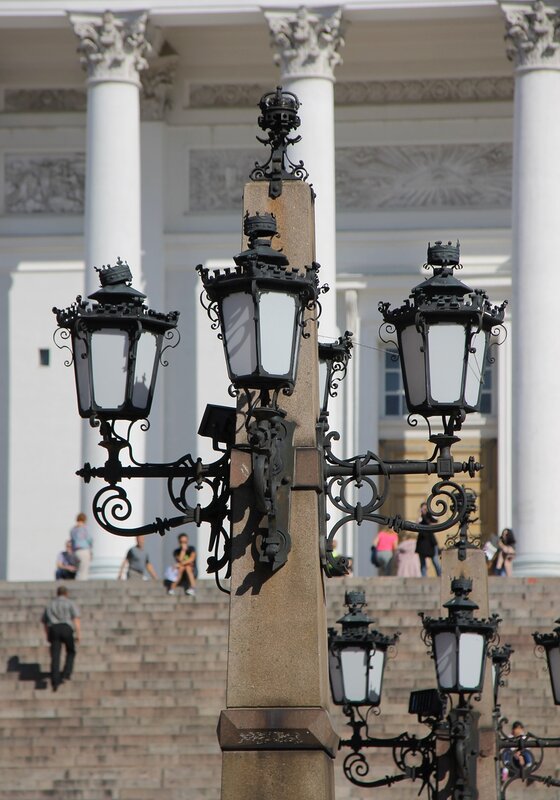