The dominant of the urban landscape and symbol of the city is Helsingin tuomiokirkko, the main сhurch of the Helsinki diocese of the Evangelical Lutheran church of Finland.

On April 8, 1812, by decree of Emperor Alexander I, Helsingfors became the capital of Finland. Then it was a very small town, with only three and a half thousand inhabitants and 77 houses, and even then a third of them were destroyed by fire in 1808. On the same day, the Russian monarch approved the city plan, according to which a Lutheran stone сhurch was to be built. However, construction started much later due to lack of funds. In 1814, a source of funding was found - under the new customs rules, 15% of the cost of imported salt was supposed to be given to the construction of the Church. Four years later the German born architect Karl Ludwig Engel started designing the building.

"Salt" money was only enough for the project, the construction of the building was paid for by the next Russian Emperor, Nicholas I, allocating 2.6 million rubles. Of the allocated amount, one million was intended for the construction of the Church, the rest for the restoration of Turku after the fire. Construction was started in 1830, in 1940, after the death of Engel, the work was headed by E. B. Lohrmann, who made significant changes to the original project. The сhurch was officially opened on February 15, 1852, receiving the name of Saint Nicholas, the patron Saint of the Emperor. The people called it simply "Nicholas church", that is, built by the Emperor Nicholas. During the revolution of 1917, the сhurch was taken over by anarchists and held meetings there. In the same year Finland gained independence, and the Russian name was changed to "Bolshaya tserkov" (Big church) on the wave of patriotism. In 1959 the diocese of Helsinki was founded and the сhurch became known as the Helsinki Cathedral. 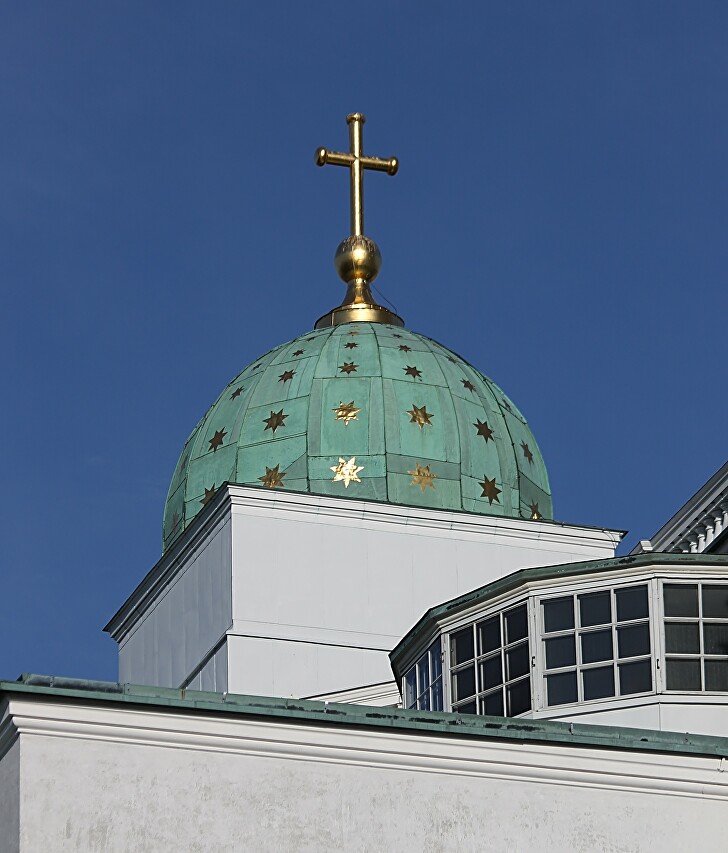 The Church is built in neoclassical style, in terms of an equilateral Greek cross, the building looks identical from all sides. The Kazan Cathedral in St. Petersburg was taken as a basis, in particular, the Cathedral in Helsinki repeats its high central tower with large windows and a dome. The watch was made by the hereditary master Juho Könnin, and it served until 1902, when it was replaced with an electric one. The original mechanism is still in operation at the Finnish clock Museum in Espoo. The original design called for placing the bells in the сentral tower, but Luhrmann did not risk hanging heavy bells on the thin walls of the tower, and built four belfries at the corners of the building. 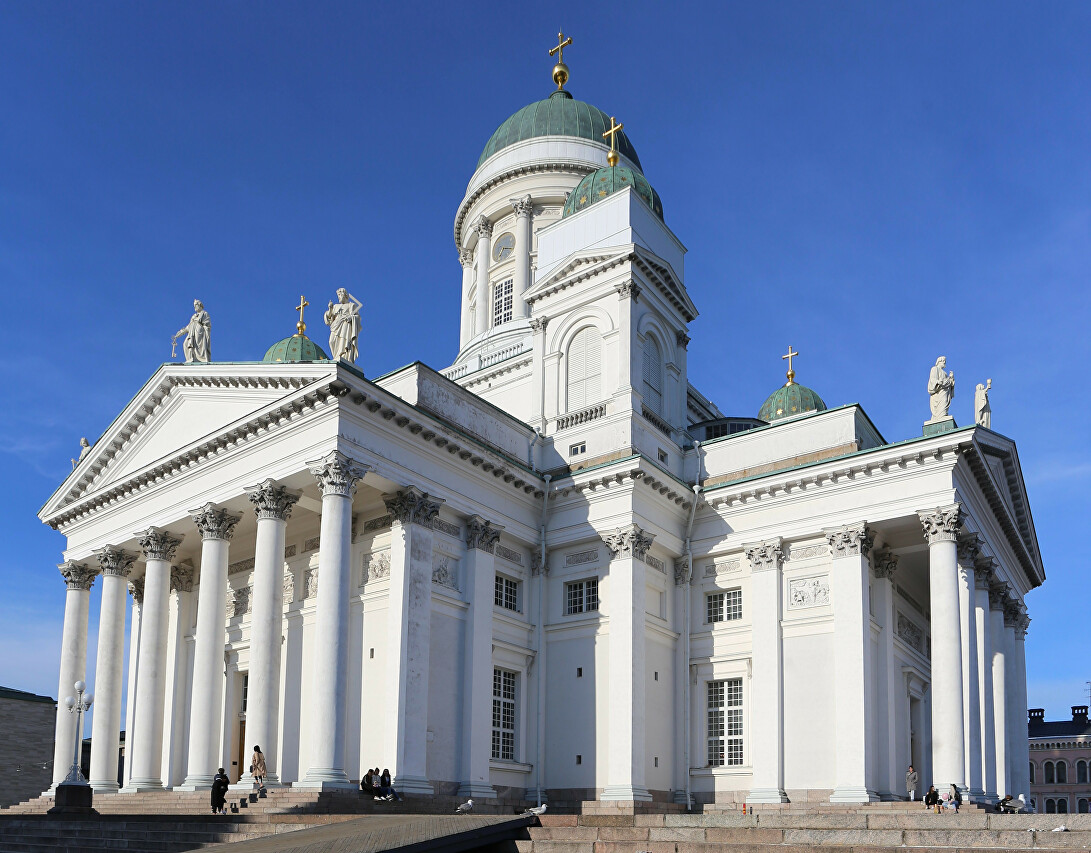 The roof of the building is decorated with statues of the apostles, do not be misled by their color - they are made of zinc. This is the largest collection of zinc sculpture in the world. During the renovation of the church in 1996-1998, the statues were painted white, which is in better harmony with the snow-white walls of the building. By the way, in fact, this is not a pure white color, but a very light blue, and different shades are used in the painting of the building on different levels. This makes all the elements of the Church appear perfectly white from any distance and angle. Similar technology is used when painting the Eiffel tower in Paris. 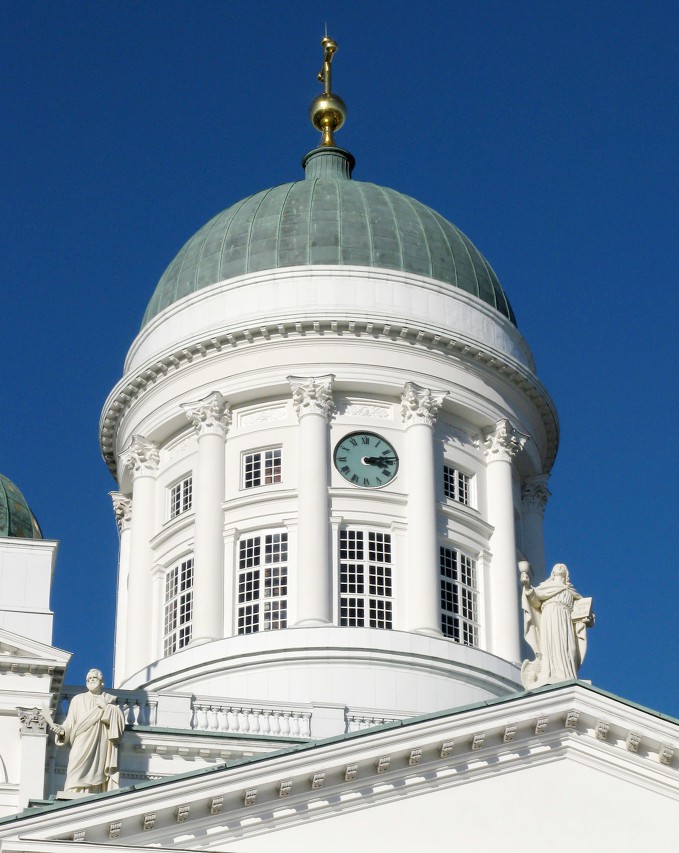 The pediment of the main portal is crowned by a sculpture of John the Evangelist (Johanneksella). The Apostle holds in his left hand an open book with the inscription Euan/ge/lium- the gospel, since he is credited with authorship of several books of the New Testament. In his right hand is a Cup of poison, which he drank at the verdict of the Roman court, which miraculously did not cause the Saint any harm. John the Evangelist is depicted as a young man with comely features and is often mistaken for the Holy virgin Mary.

Saint Tuomas (tuomaan, Saint Thomas), patron Saint of engineers and builders, holds a square in his hand . This Apostle is especially revered in Finland, and the annual Christmas fair on the Market square and Esplanade is named after Saint Tuomas. 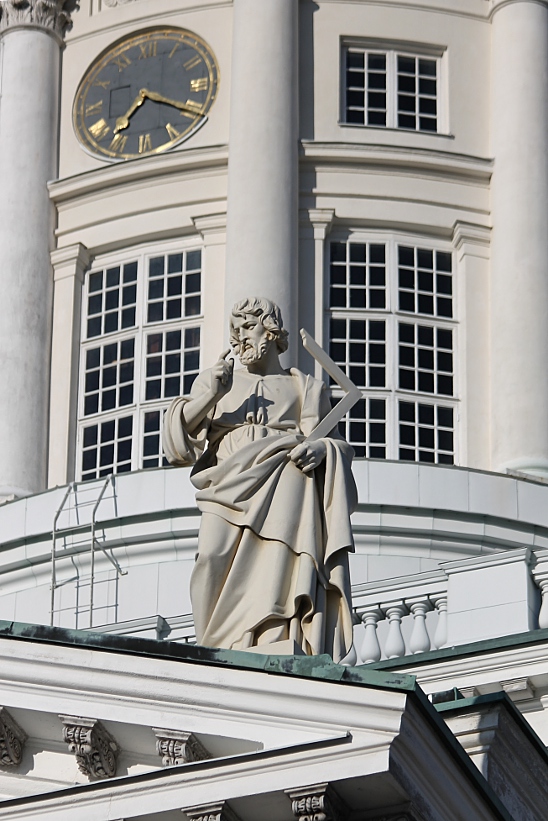 Saint Peter (Pietarilla) with the unchangeable keys to the Kingdom of heaven. 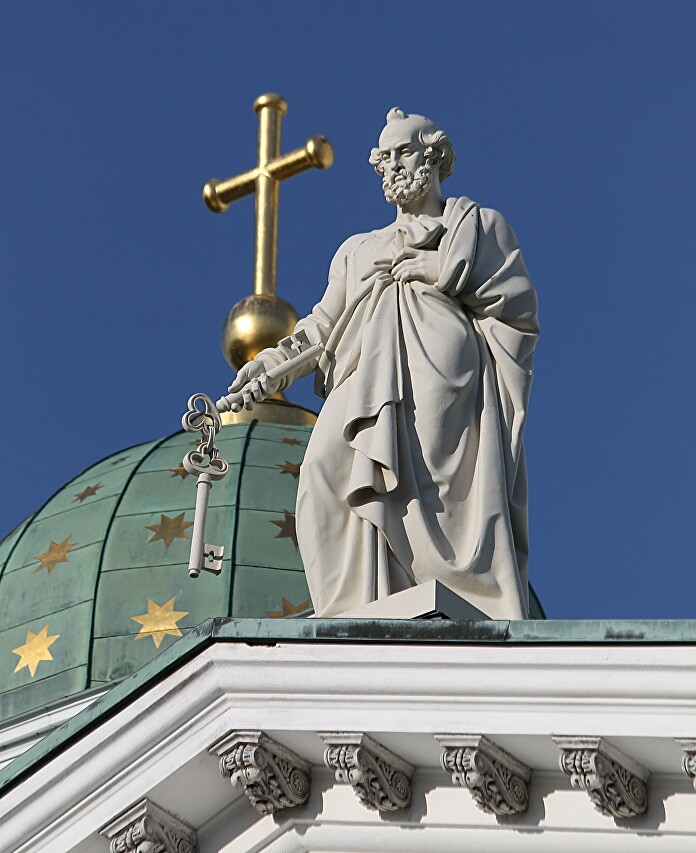 The Apostle Simon kananite (Simon Kananeus) is depicted with a tool , from which he received a Martyr's death - he was sawn alive. Saint Matthew (Mattiaksen) was a tax collector , a poet holds an axe in his hands as an attribute of state power. 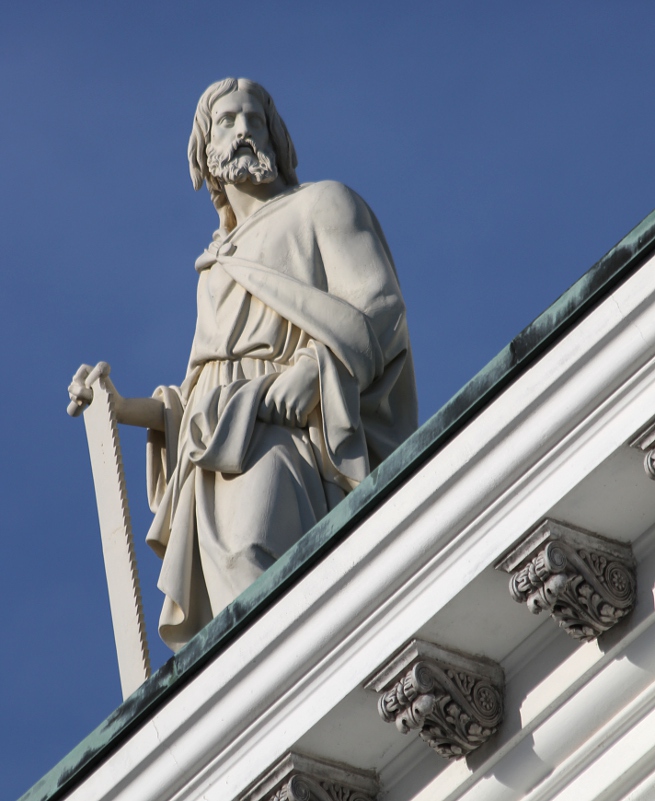 On the walls of the Cathedral you can see numerous bas reliefs. 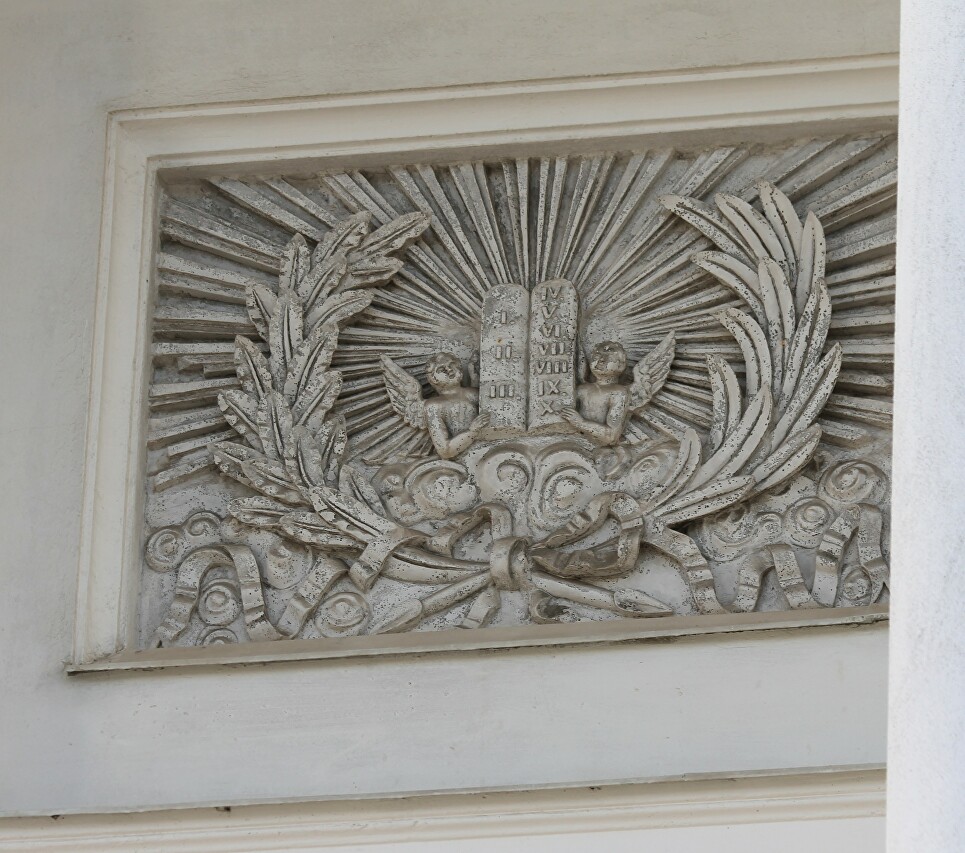 Most of the bas reliefs depict scenes from the Gospel. 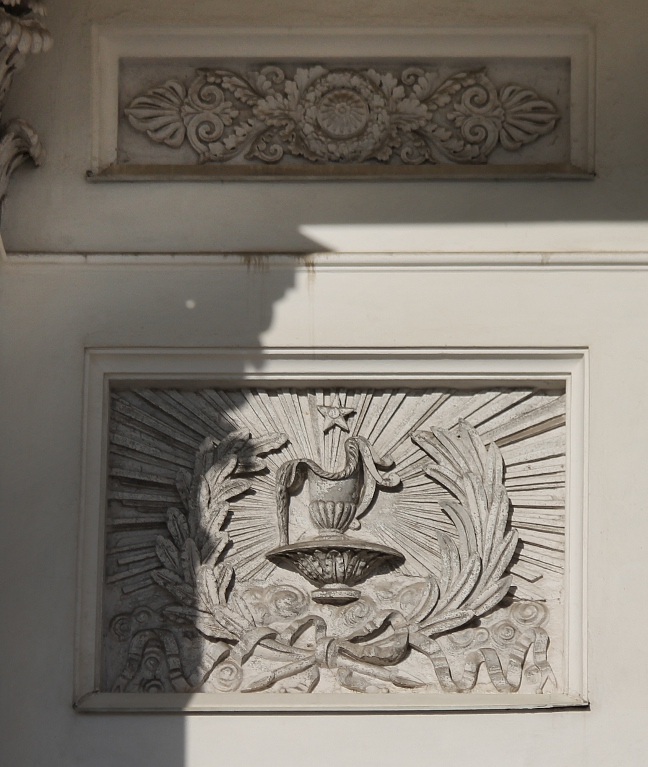 Visit of the Magi. 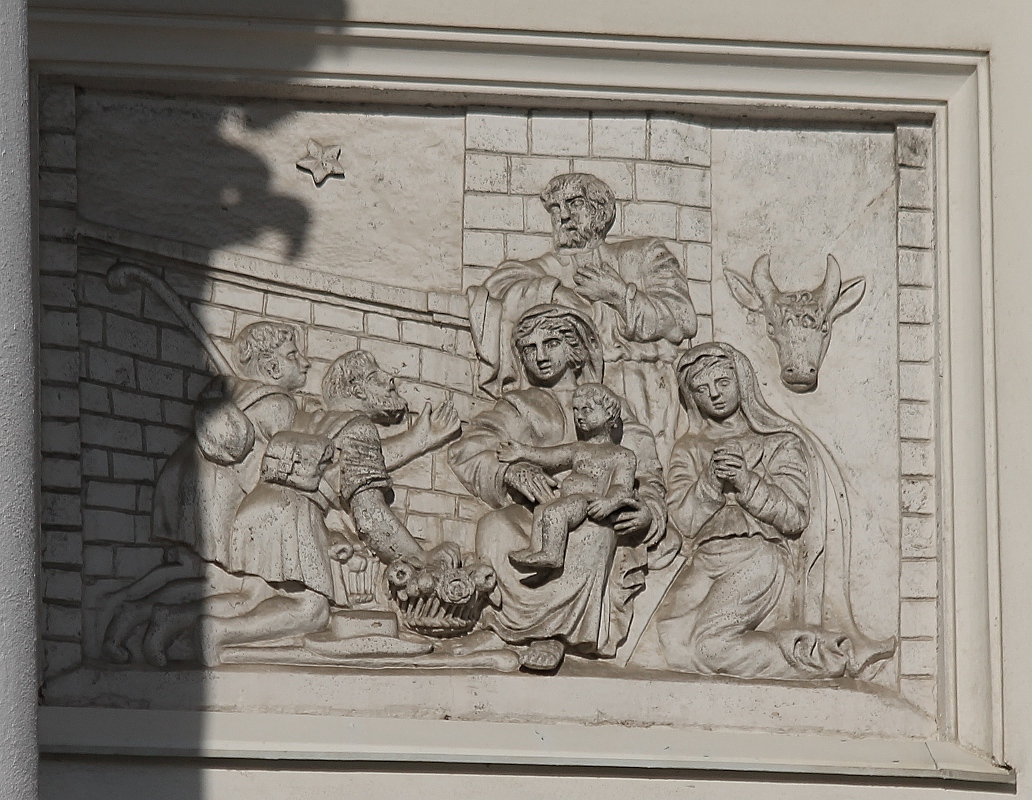 The cornices are decorated with Masonic symbols.