Senate square (Senaatintori map) - the center and the busiest place of Helsinki. 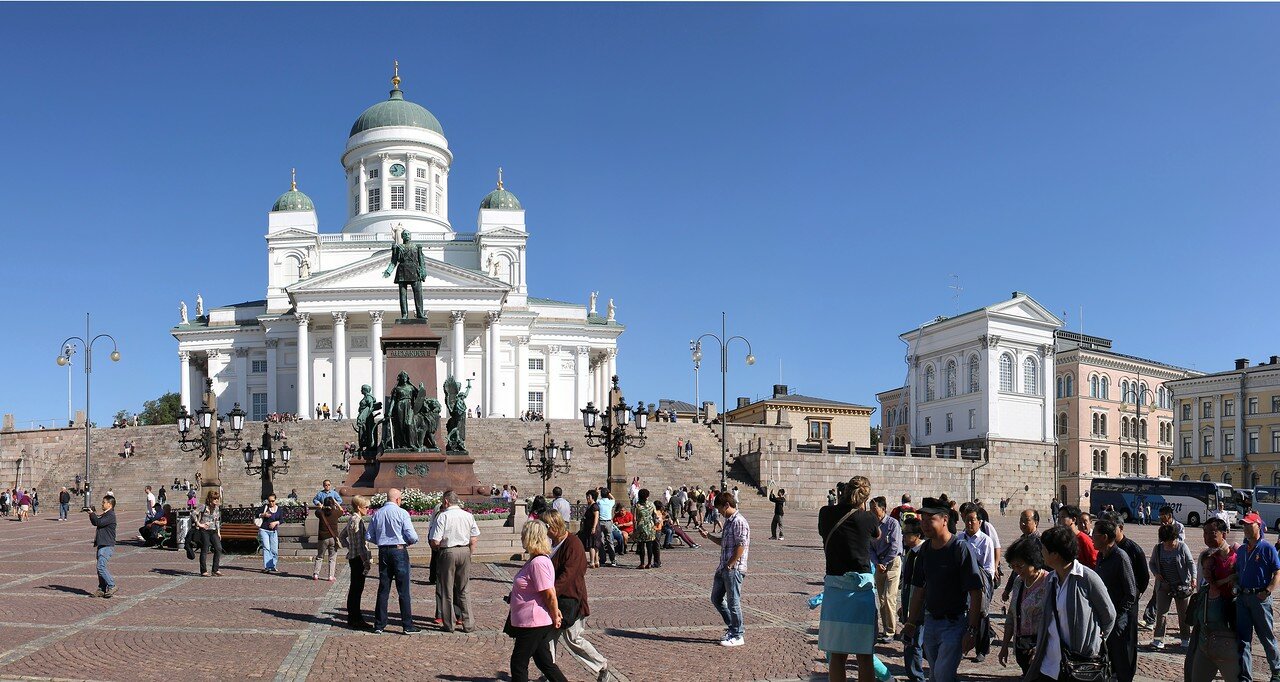 The dominant of the square and the whole city is Helsinki Cathedral, which has the name of St. Nicholas. 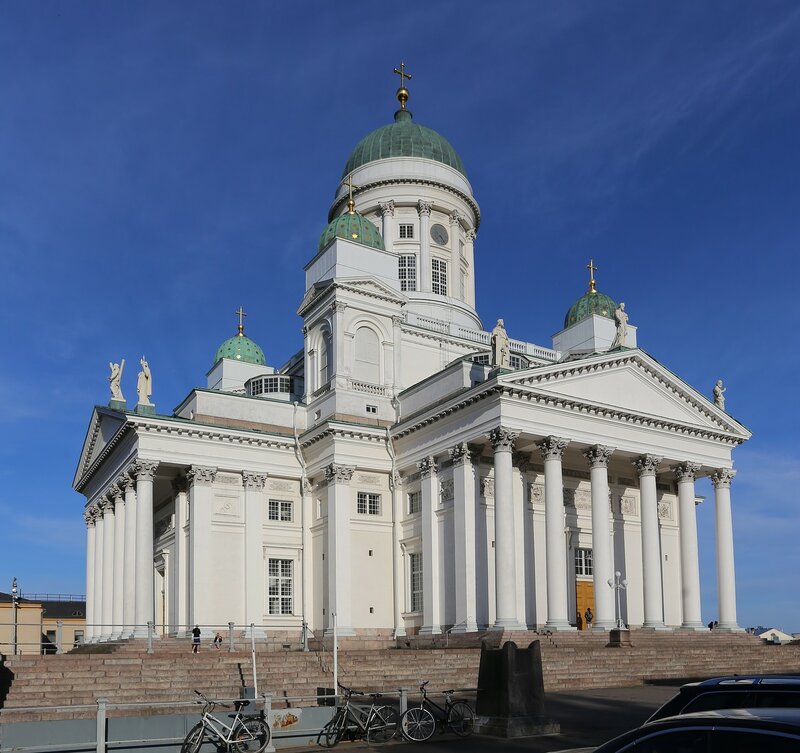 On the Eastern side of the square is the Senate building (State Council, Valtioneuvoston linna), which gave the name of this square. 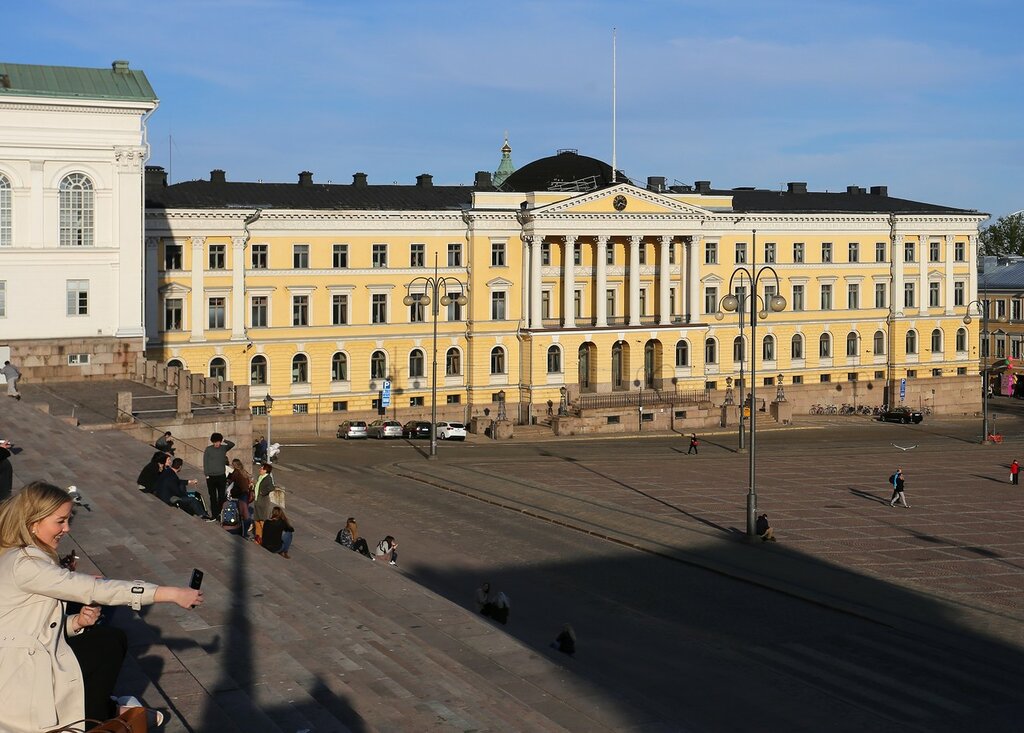 On the West side is the University building. Both buildings have very similar facades, creating a common architectural ensemble, but still differ in some elements. 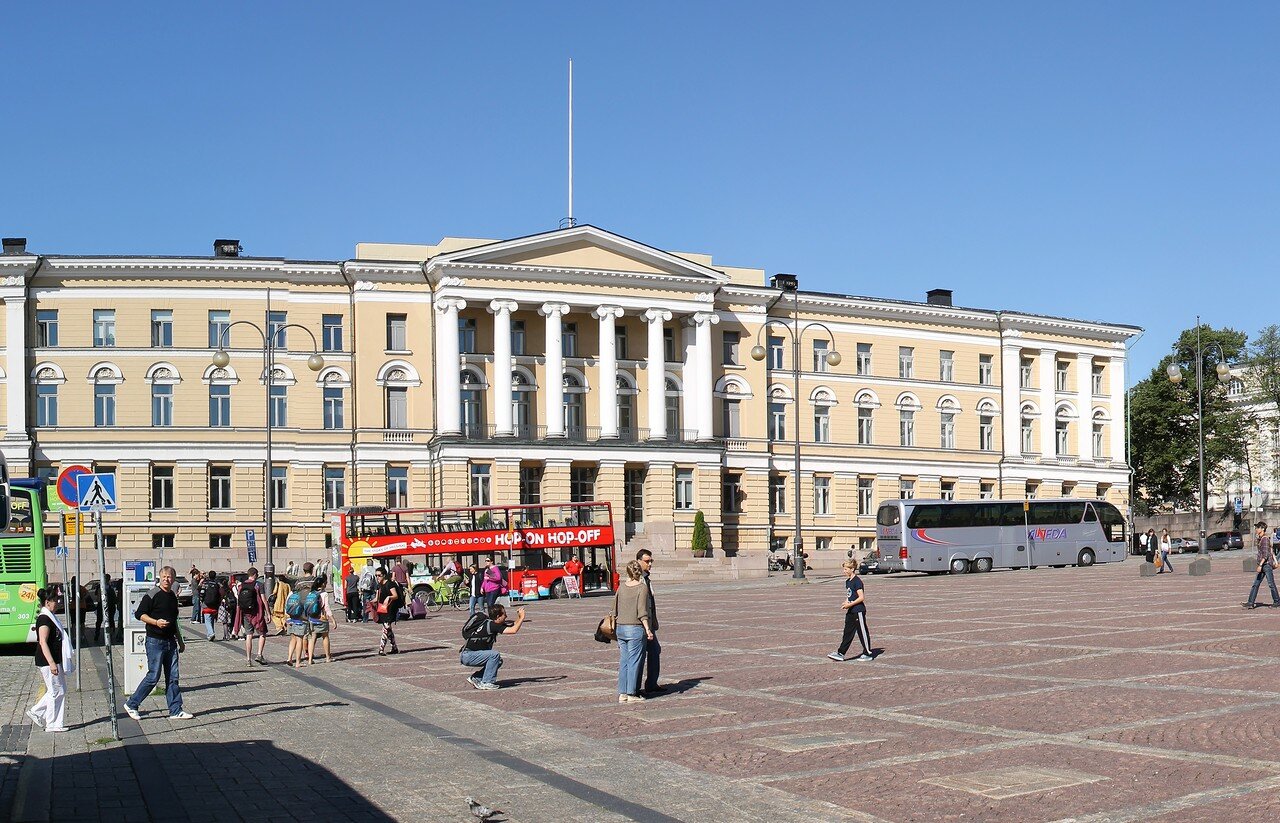 The southern border of the square is formed by merchant's houses: the Bock house, the oldest building on the square, the house of Niels Burtz, 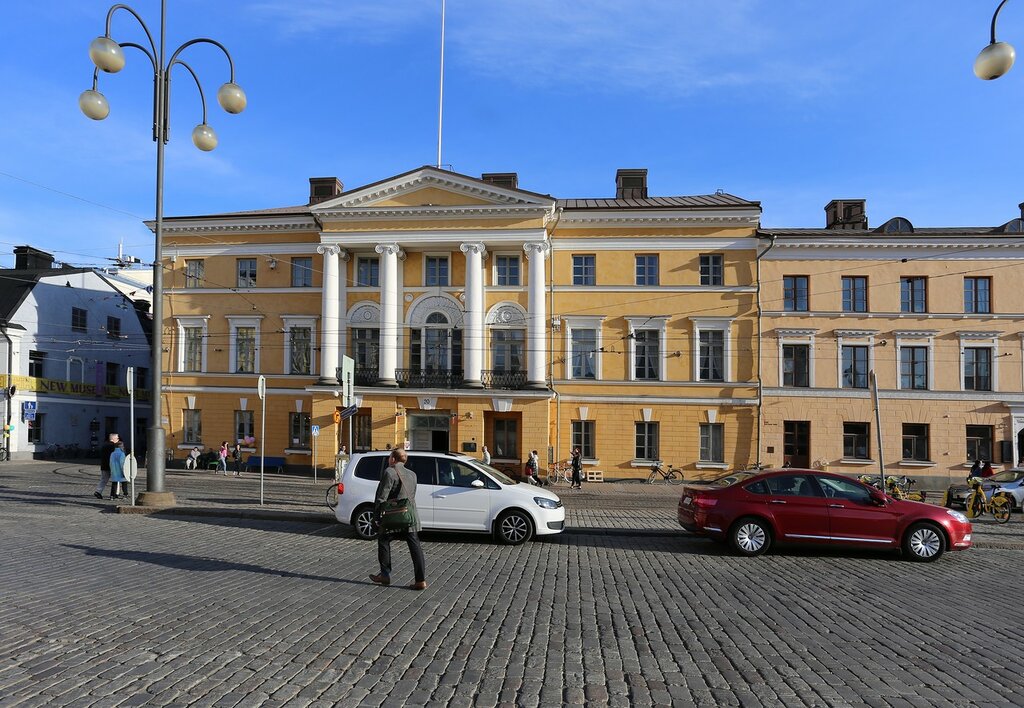 The house of Hellenikus and the houses of the merchants of Suna and Kiselyov. State institutions are now located here. 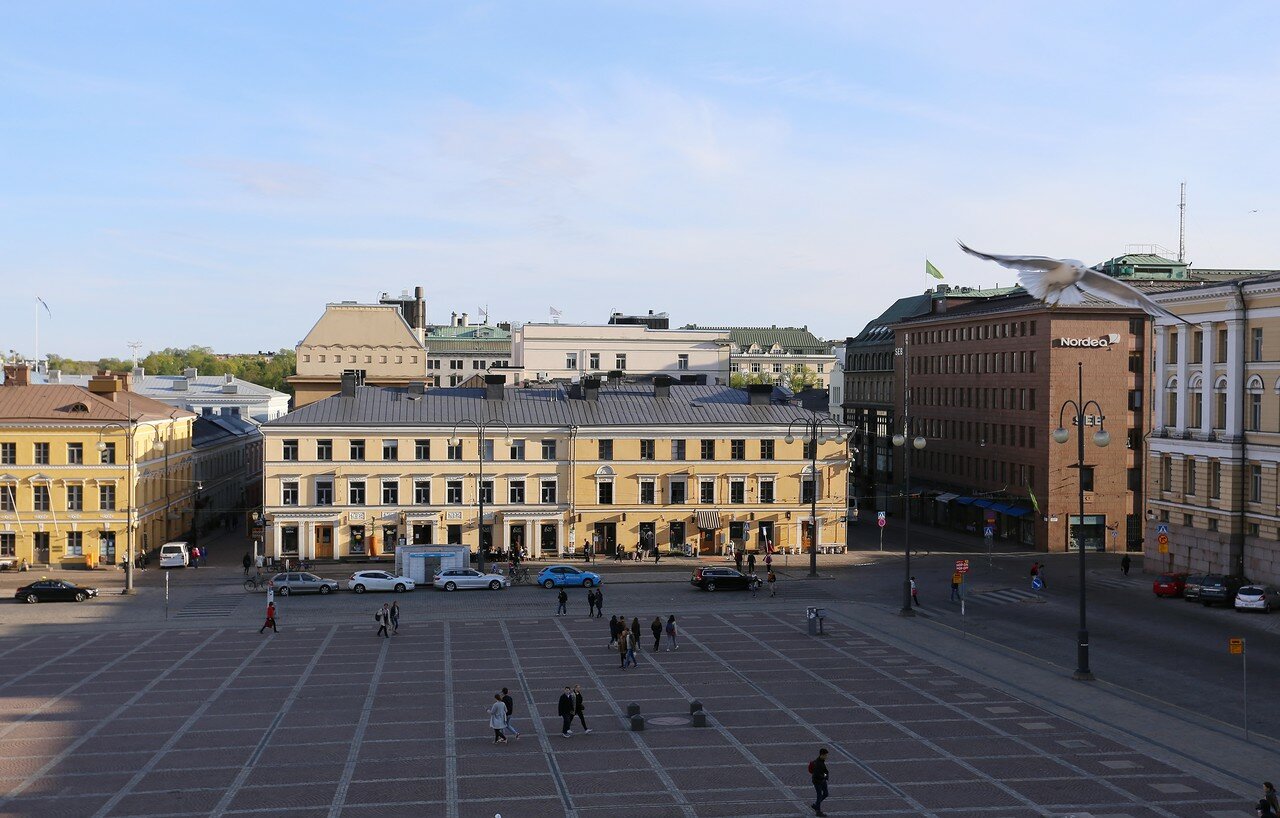 In the center of the square there is a monument to the Russian Emperor Alexander II. 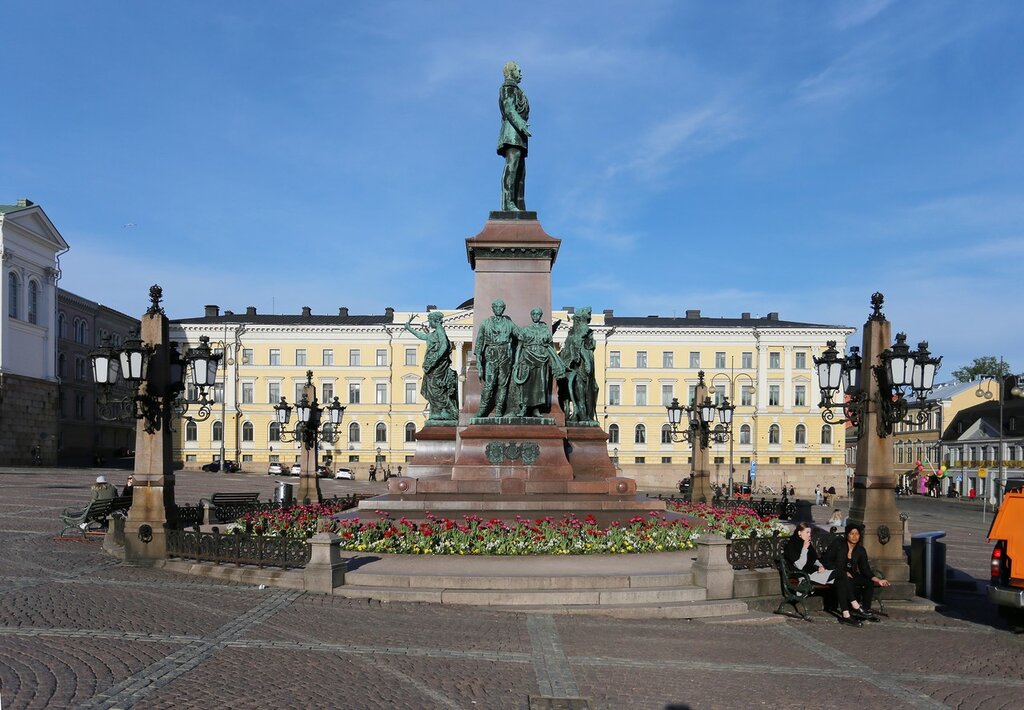