After the monument to Sibelius tourists are usually taken to the"Rock's church". So was and on this time. Early morning, the church is still closed, but at the entrance already crowded wishing to take a look at the unique structure. 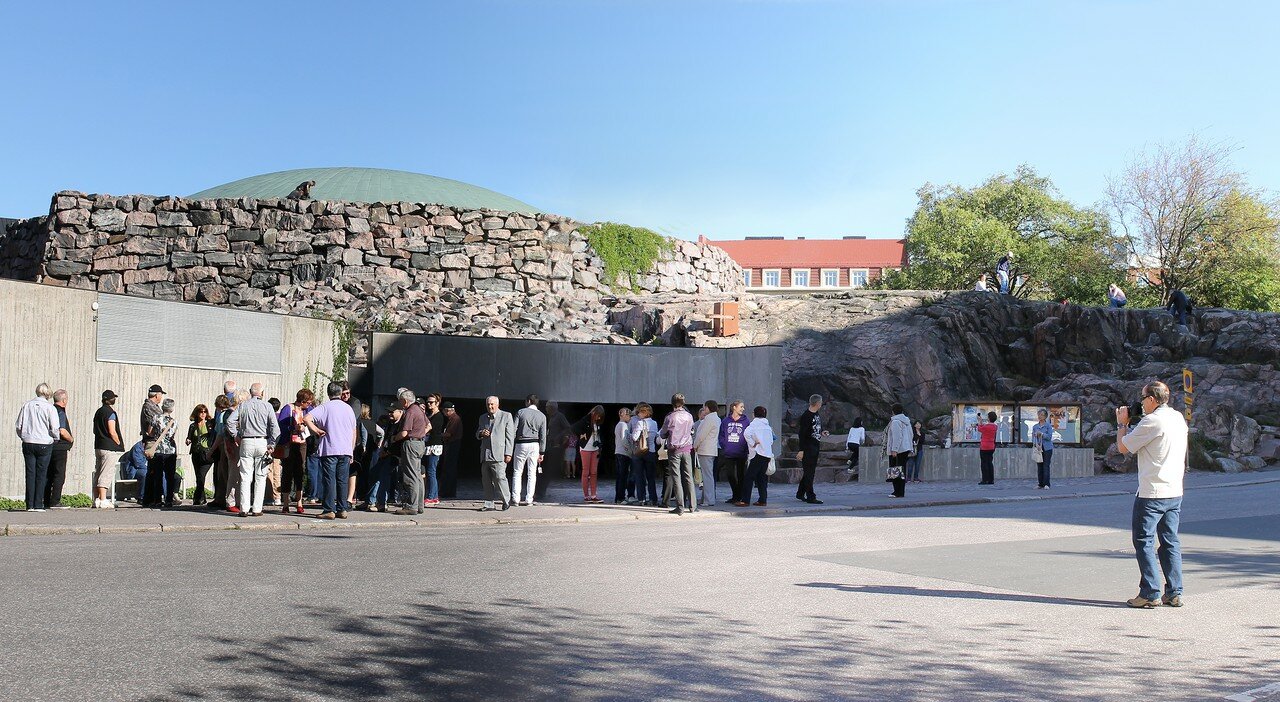 Someone was resting in the shade of trees in a small park opposite the church, 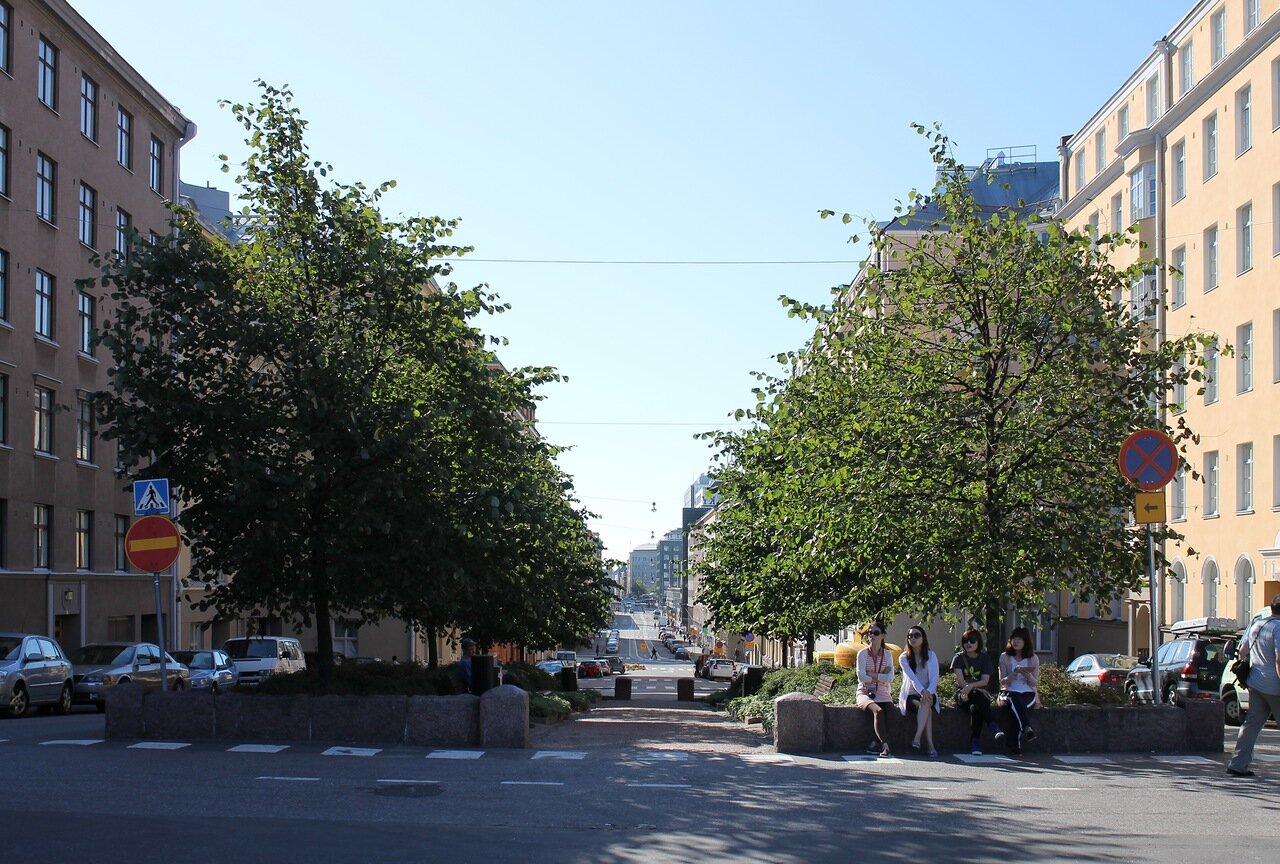 And some used the free time to look into the souvenir shops on the street Lutherinkatu, 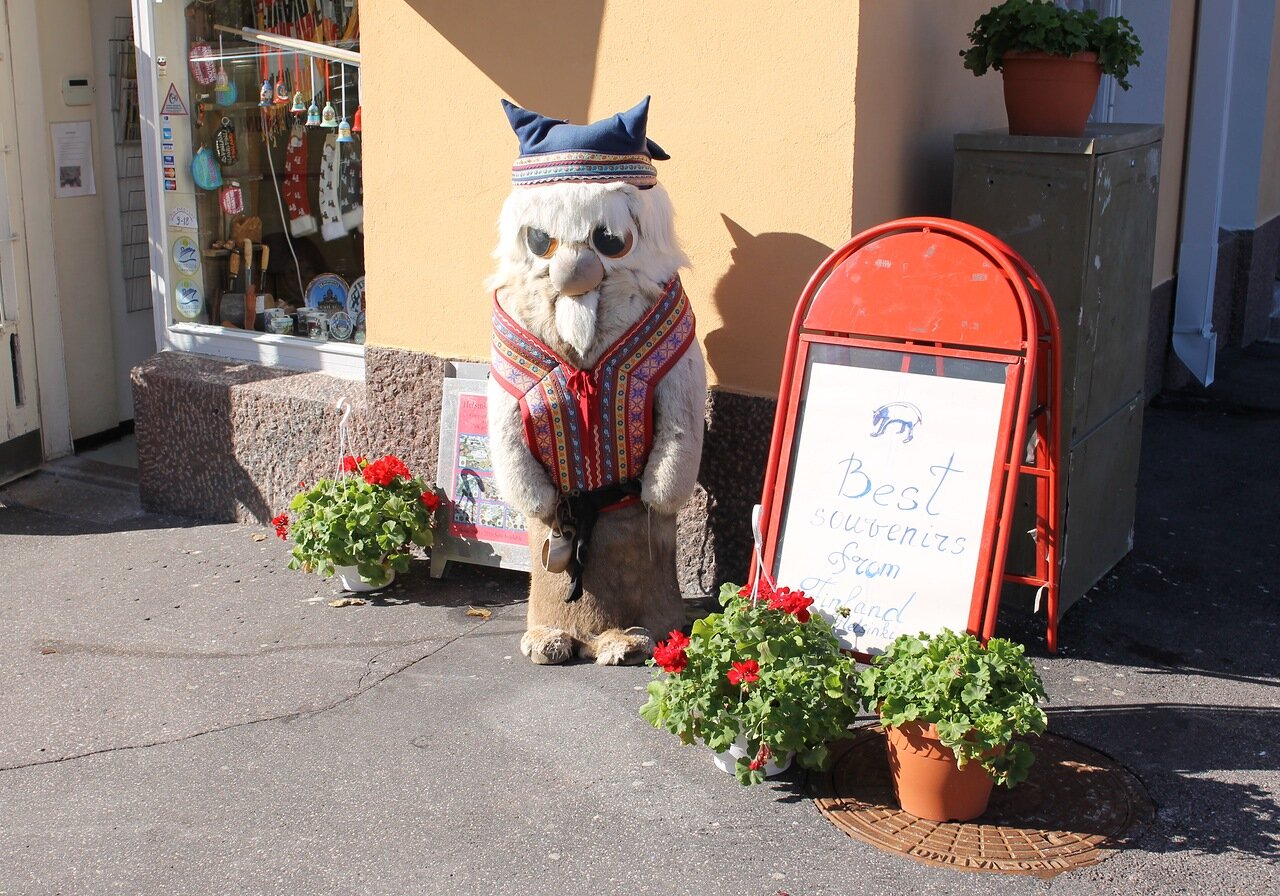 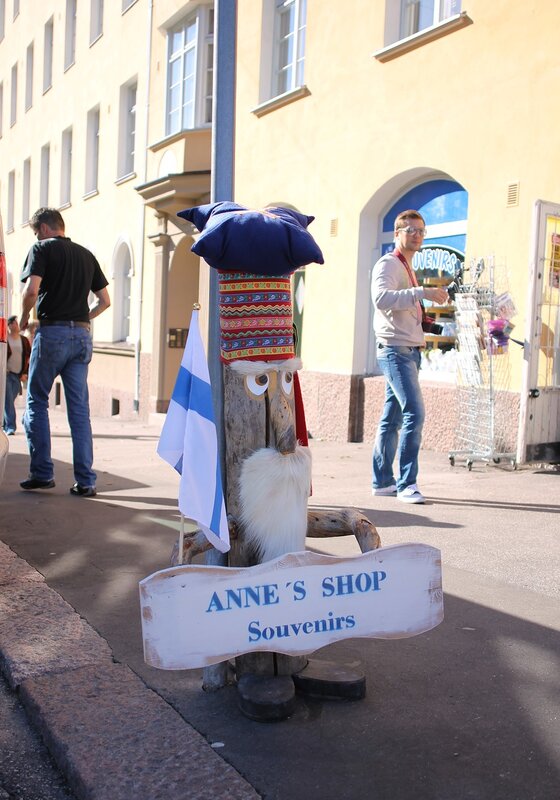 I decided to climb on the "walls" of the church, which are natural rocks. 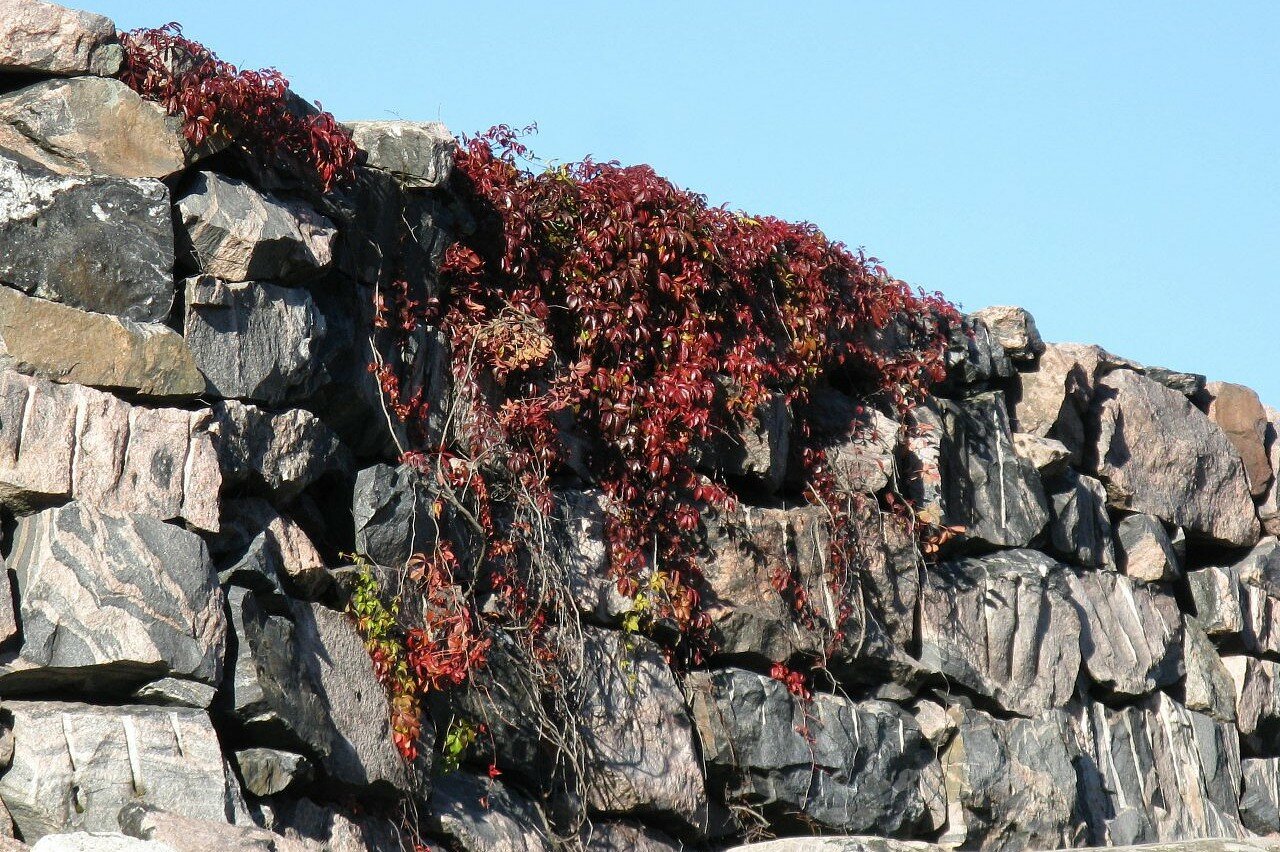 Lutheran church of Temppeliaukio, (Finnish Temppeliaukion kirkko - "Church in the rock") located in Töölö, close to the centre of Helsinki (map). The construction of the сhurch on this site was planned in the 30s. A competition was held, which won the project of architect John Sigfrid Sirén, but the construction was prevented by the Winter war, which began in 1939. In 1961, the municipality returned to this issue, a new project competition was held, which was won by the brothers Timo and Tuomo Suomalainen. Their concept was to preserve the original landscape of the area, so they offered to cut down the church in the rock. However, architects had to reduce the internal size of the church by about a quarter due to lack of funds. Construction began in February 1968 and the church was built and consecrated in September 1969.

Most of the internal walls of the Church are untreated natural stone. The initial project was the decoration of the walls, but conductor Paavo Berglund and the acoustician engineer Mauri Pare proposed to leave the surface of the folding in their natural form. 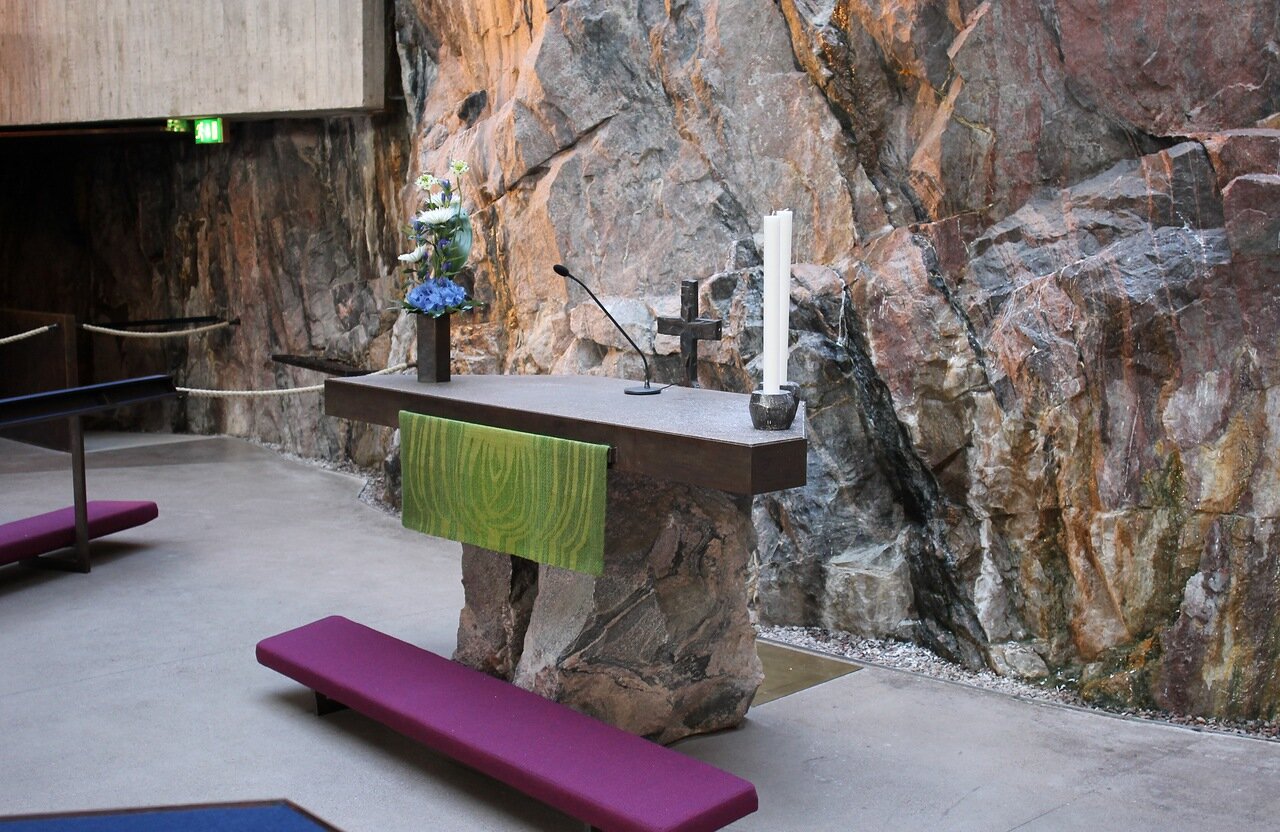 Irregularities create a stunning acoustics in the hall, so the room was used for musical events. 29 Jun 2006 there was held the first Finnish mass in force Heavi Metal, when hymns were sung to the accompaniment of rock music. 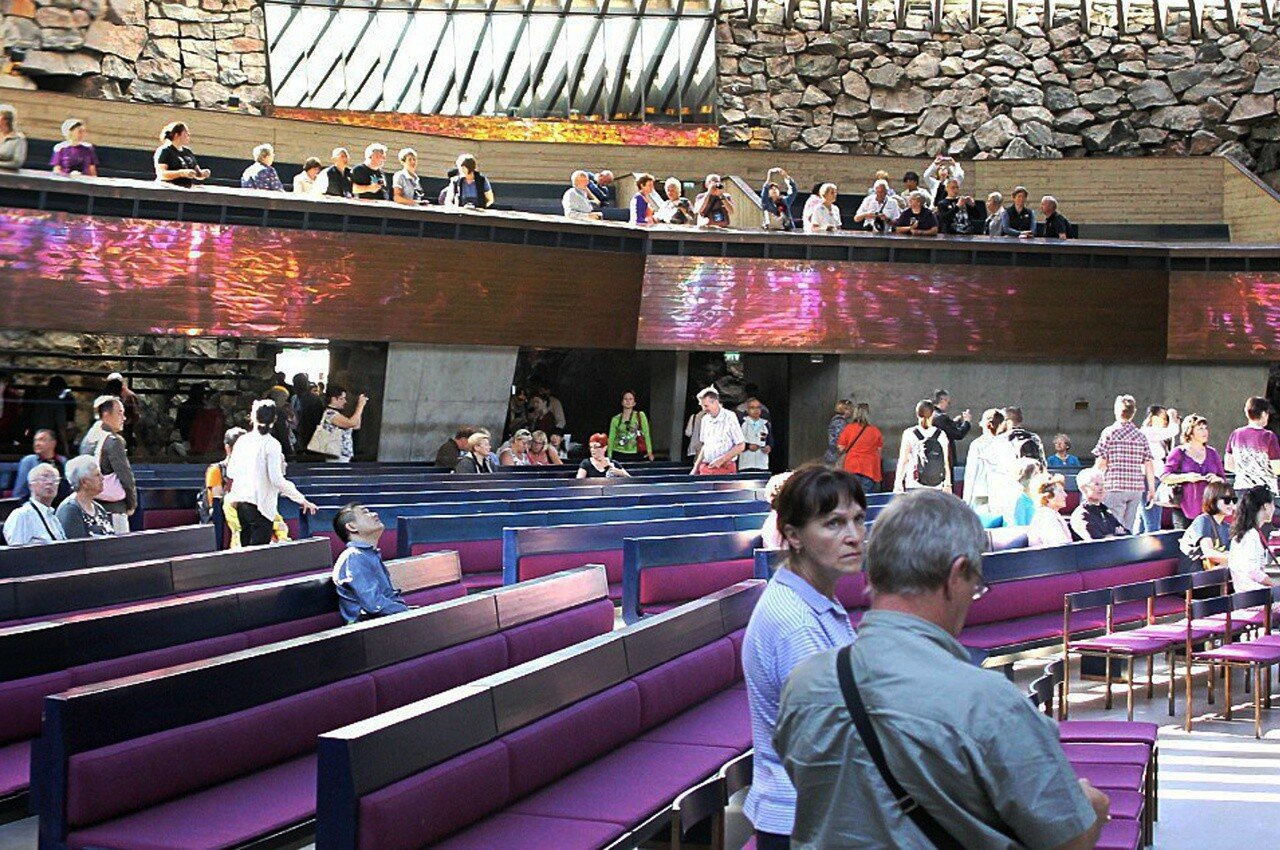 Bowl for washing hands in the form of natural stone. 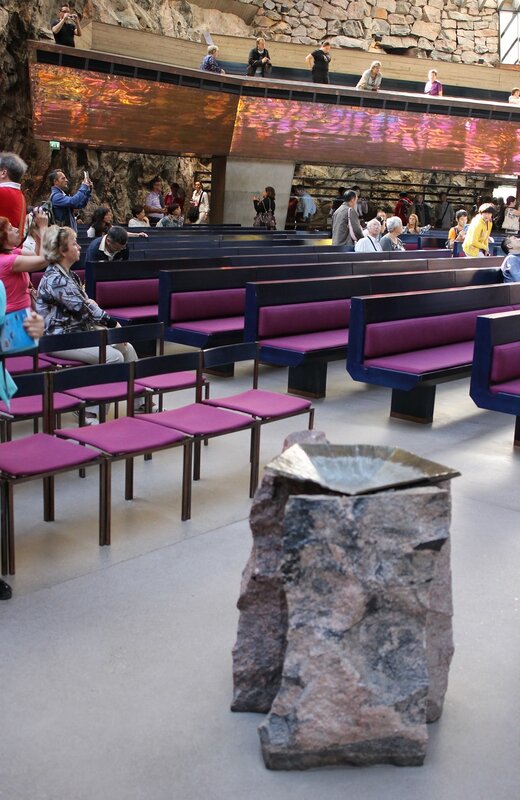 The dome is decorated with twenty kilometers of copper wire laid in a spiral. .

The overlap is kept on numerous thin supports, the windows between them give a good natural light. 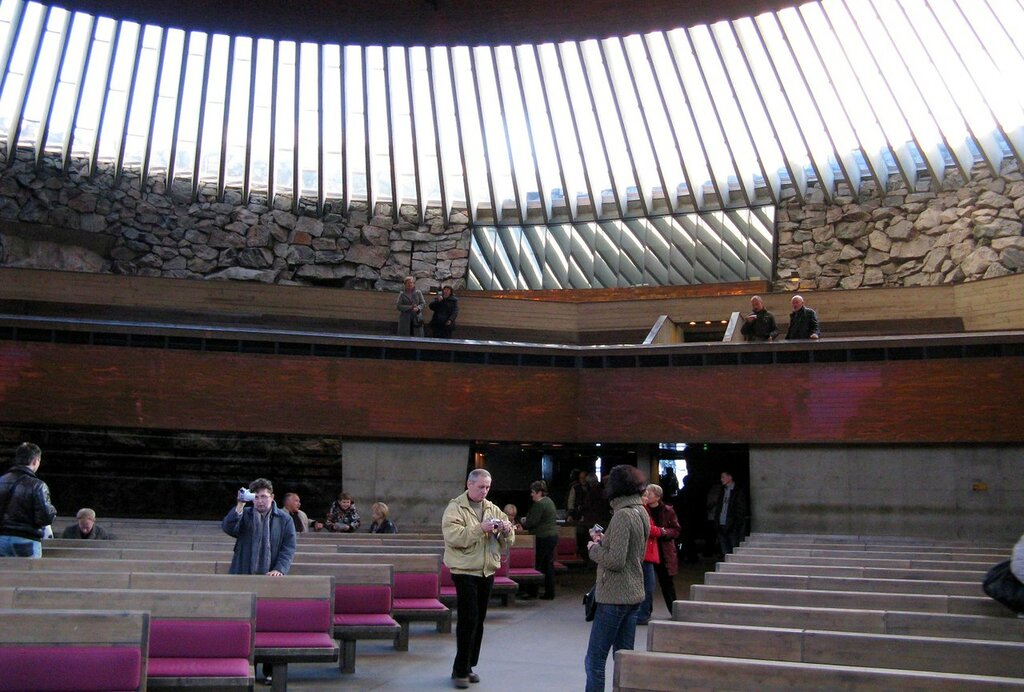 The organ, made by the master Veikko Virtanen has a 4 manuals, 54 registers and 3001 pipes. 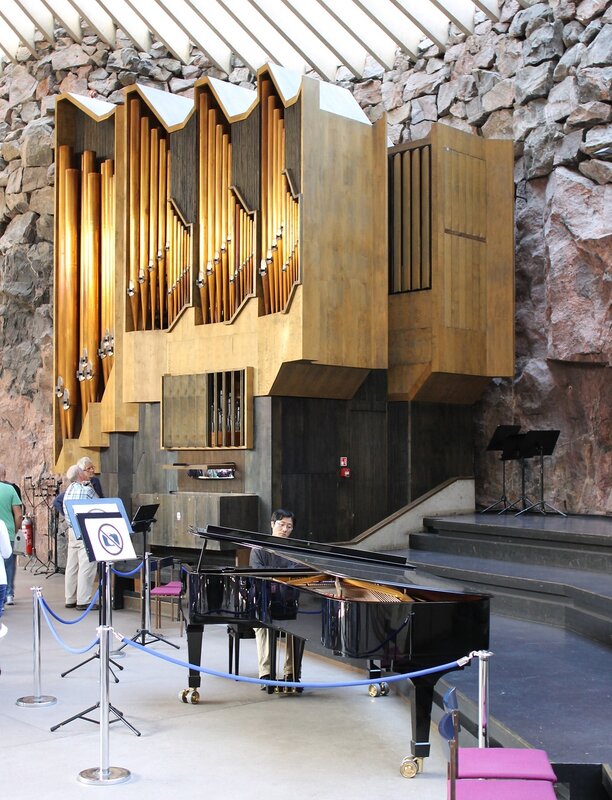 Unlike traditional churches, the Church of Temppeliaukio does not have campanile and bells, and the imitation of bell ringing, designed by Taneli Kuusisto, is created by loudspeakers located on the outer wall of the building. 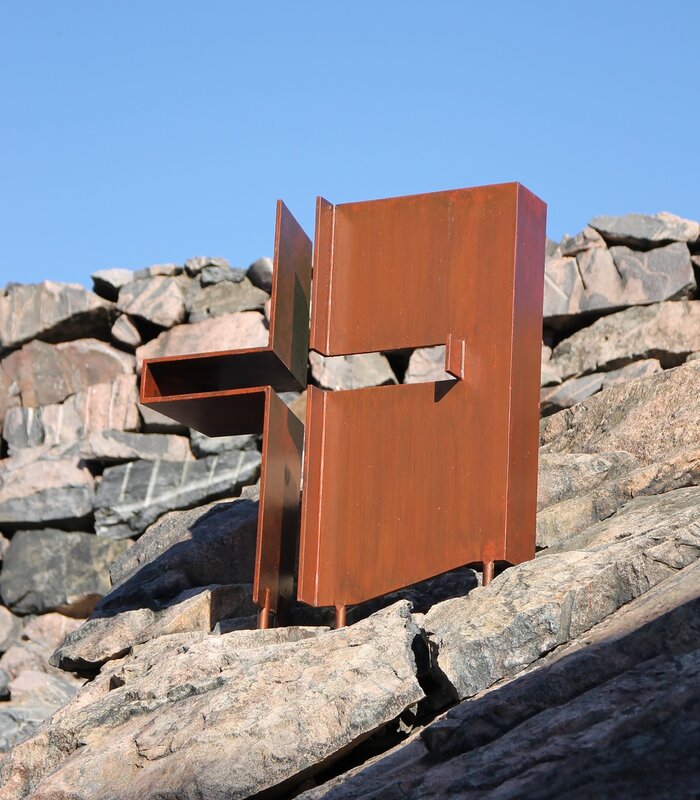