Helsinki. By ferry along the South Bay (Eteläsatama)

Early in the morning our ferry arrived in Turku, and after a couple of hours we were already in Helsinki. Today we had to explore the fortress of Suomenlinna, situated on the Islands, a kilometre from waterfront Market square. Now the castle has become one of the residential areas of the city, accessible by ferry. Waiting for the ferry was a few minutes in the photo nearby boats. 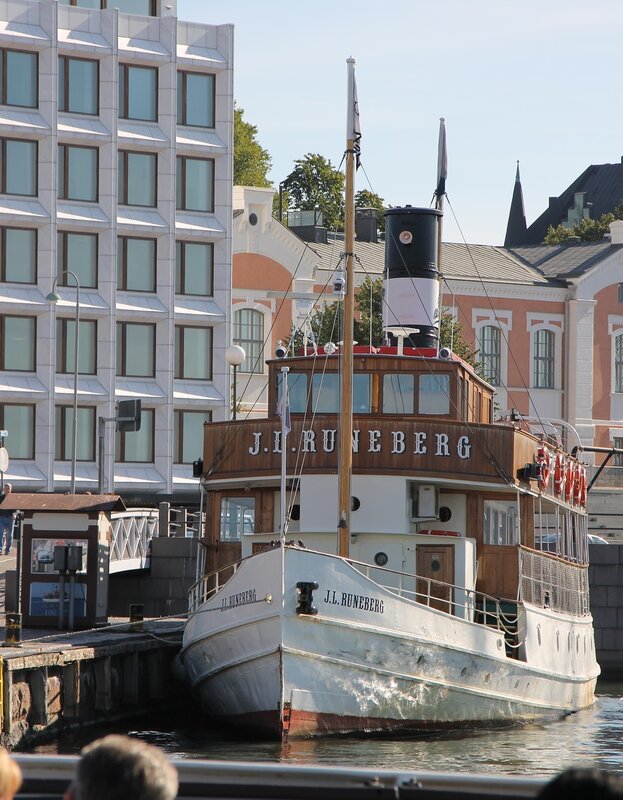 This vessel was 10 days ago. 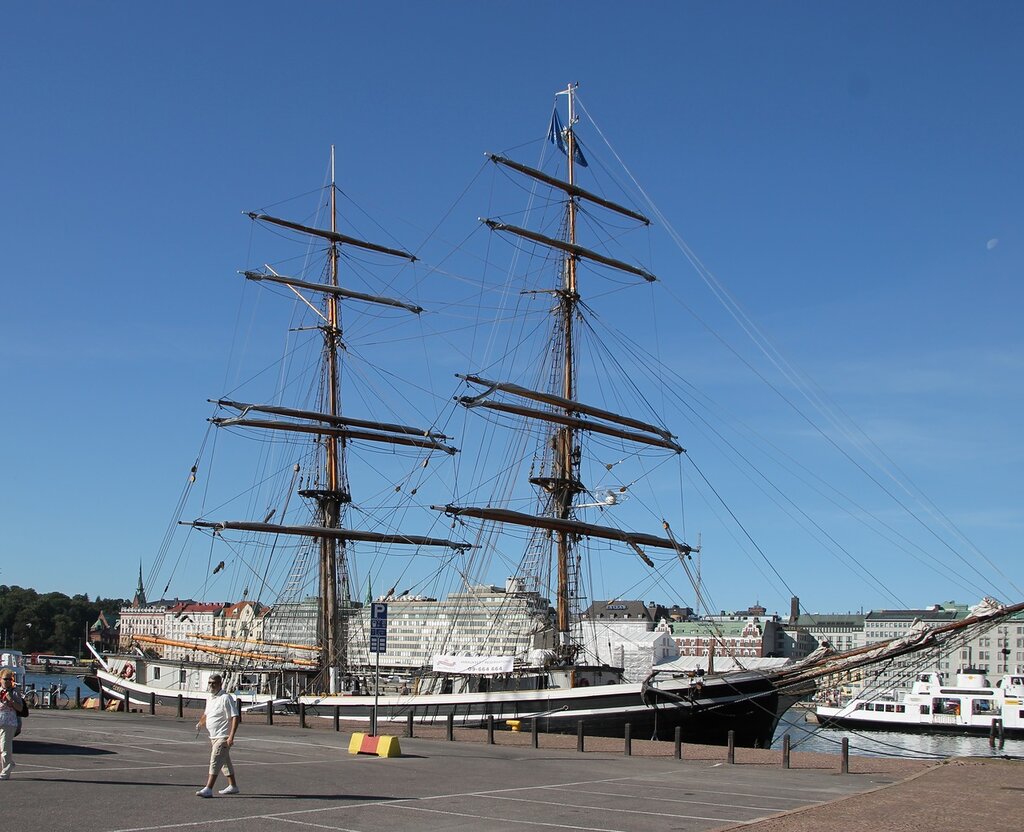 Berths Market square where once used to moor fishing vessels carrying catch directly on the counters, now based the regular lines ferries and pleasure boats. 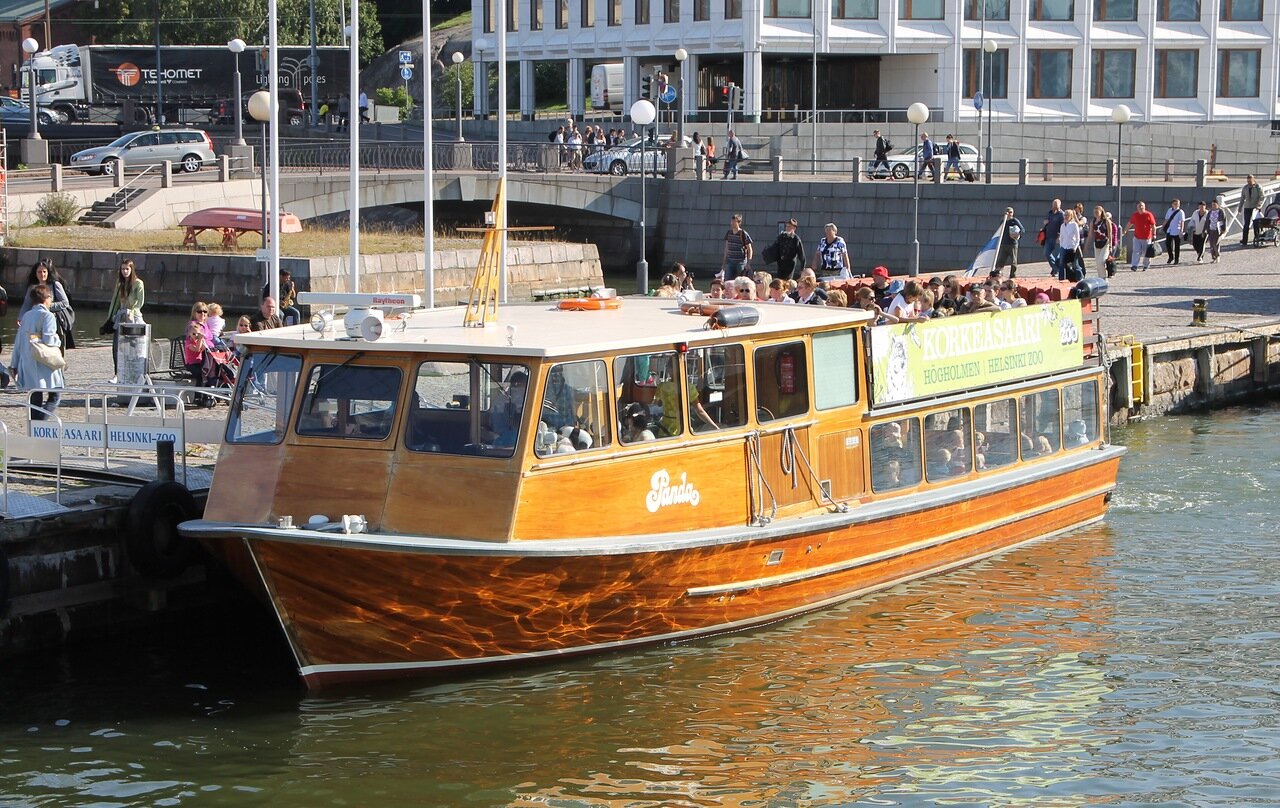 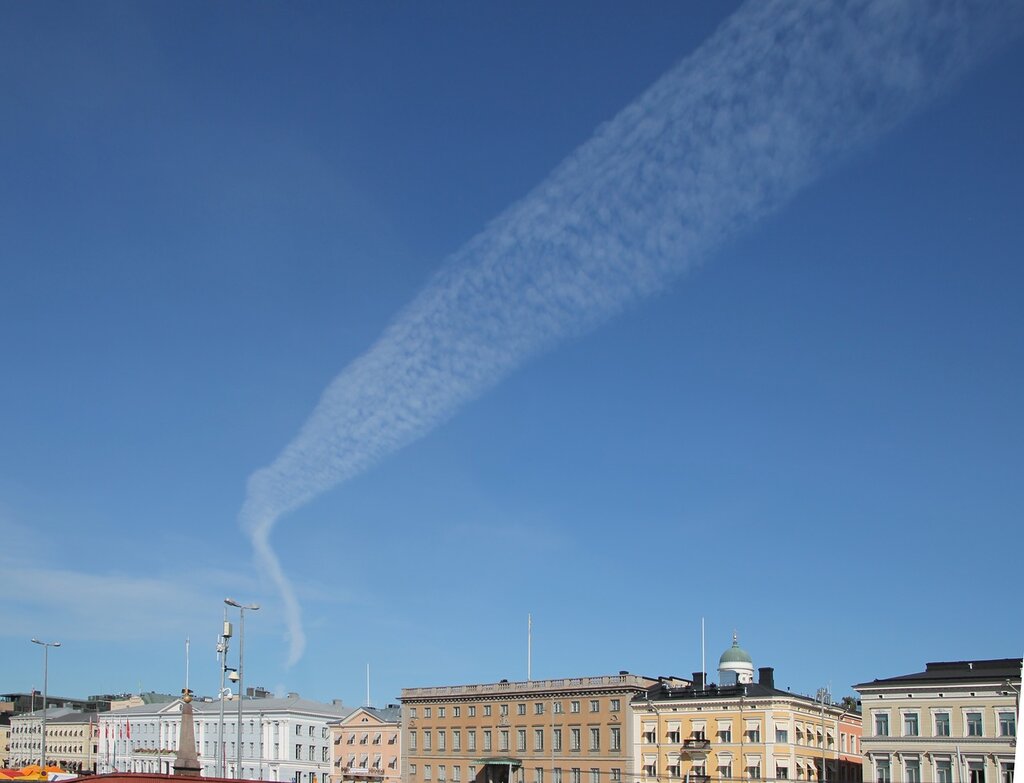 Ferries depart frequently, and 20 minutes later we have moved away from the pier. Left on Board the views of Katajanokka island, surmounted by the assumption Cathedral. 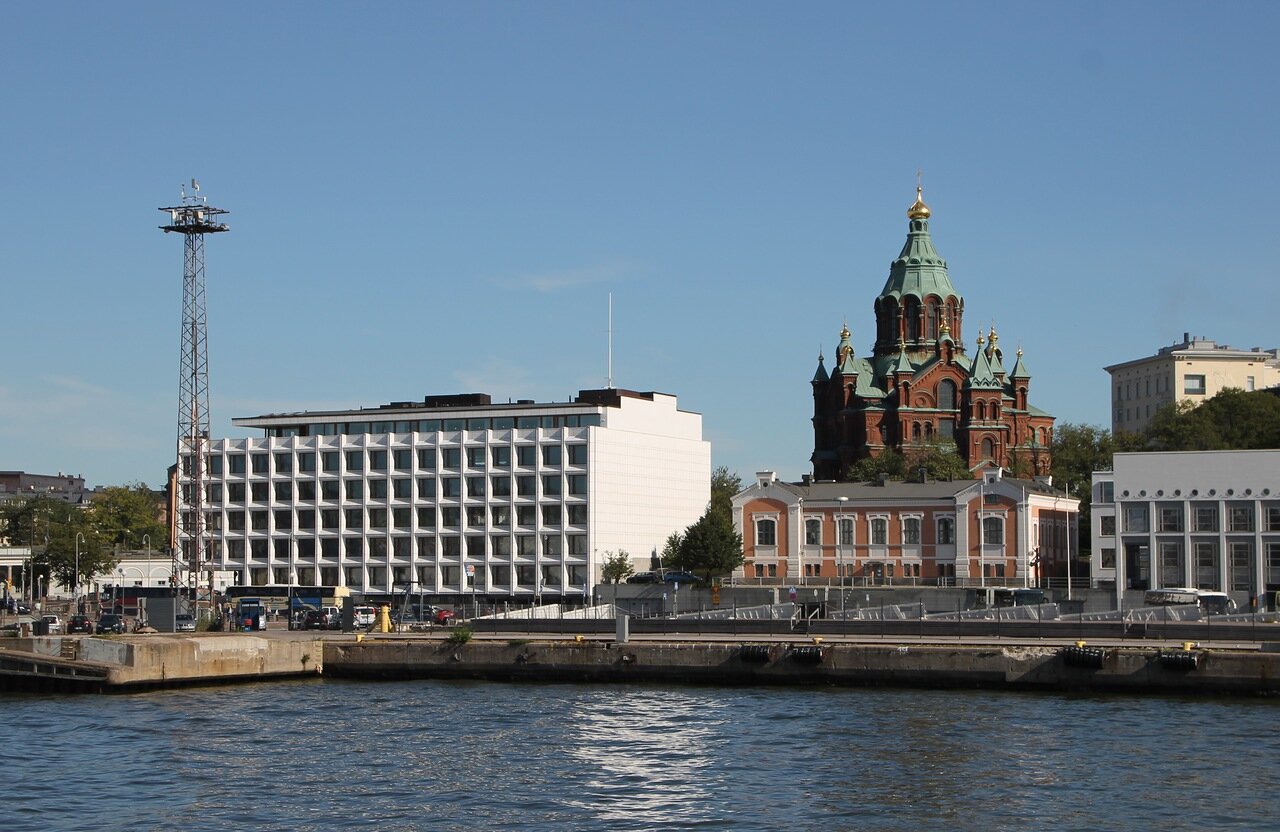 To See the Cathedral in this perspective - from the main entrance - only with water South Bay (Eteläsatama). 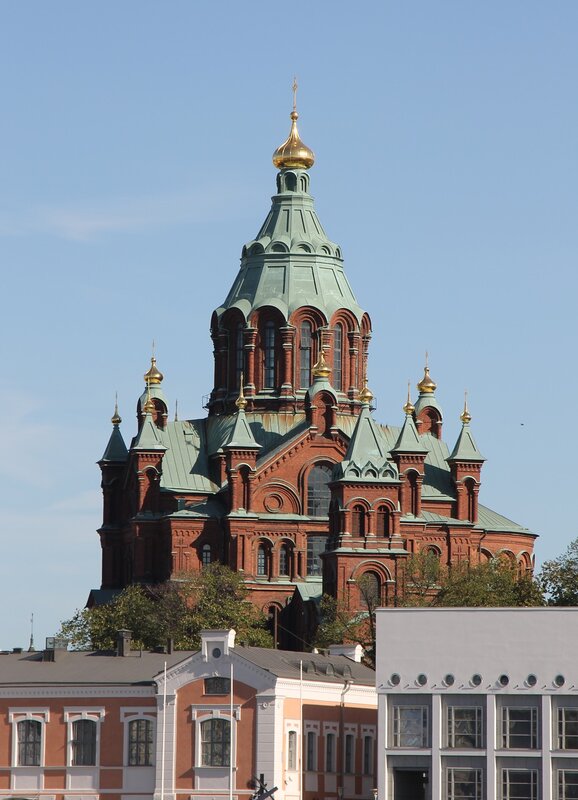 At the southern tip of the island of Katajanokka is the ferry terminal with the same name, owned by Viking Line. 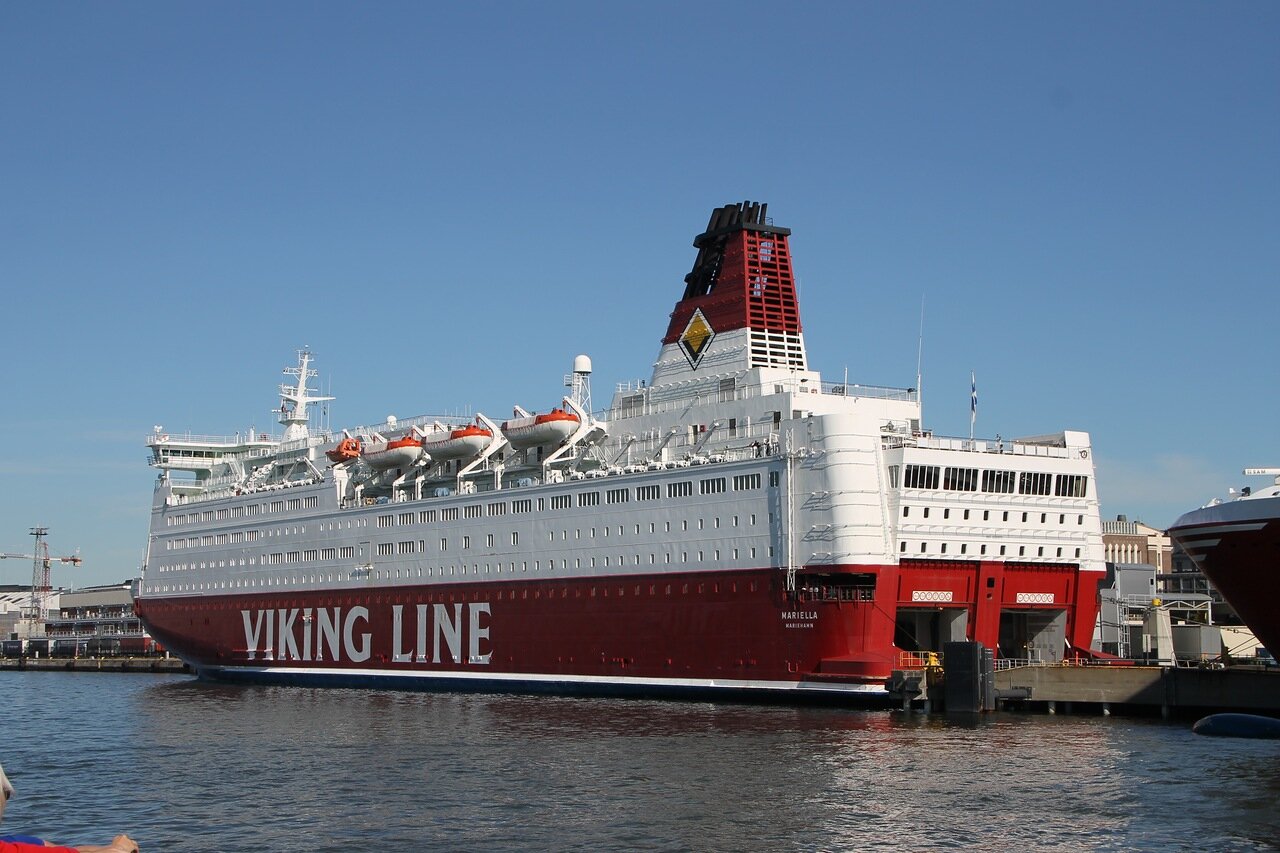 on the Right lies the district Kaartinkaupunki, during the Swedish reign bore the name Gardesstaden - garrison town. The area began to be built in 1812, 1822, m. there was built a barracks Guard, Gardeskasernen that gave its name to the surrounding area. now in the former barracks is the headquarters of the self-defense forces of Finland. Further, towards the sea - Ullanlinna area where you can see woodland Park Observatory, Tähtitornin vuori.

On shore, in front of the Park, for the summer Olympics of 1952, was built a ferry terminal Olympia. Now here are moored ferries Silja Line of regular line Helsinki-Stockholm. 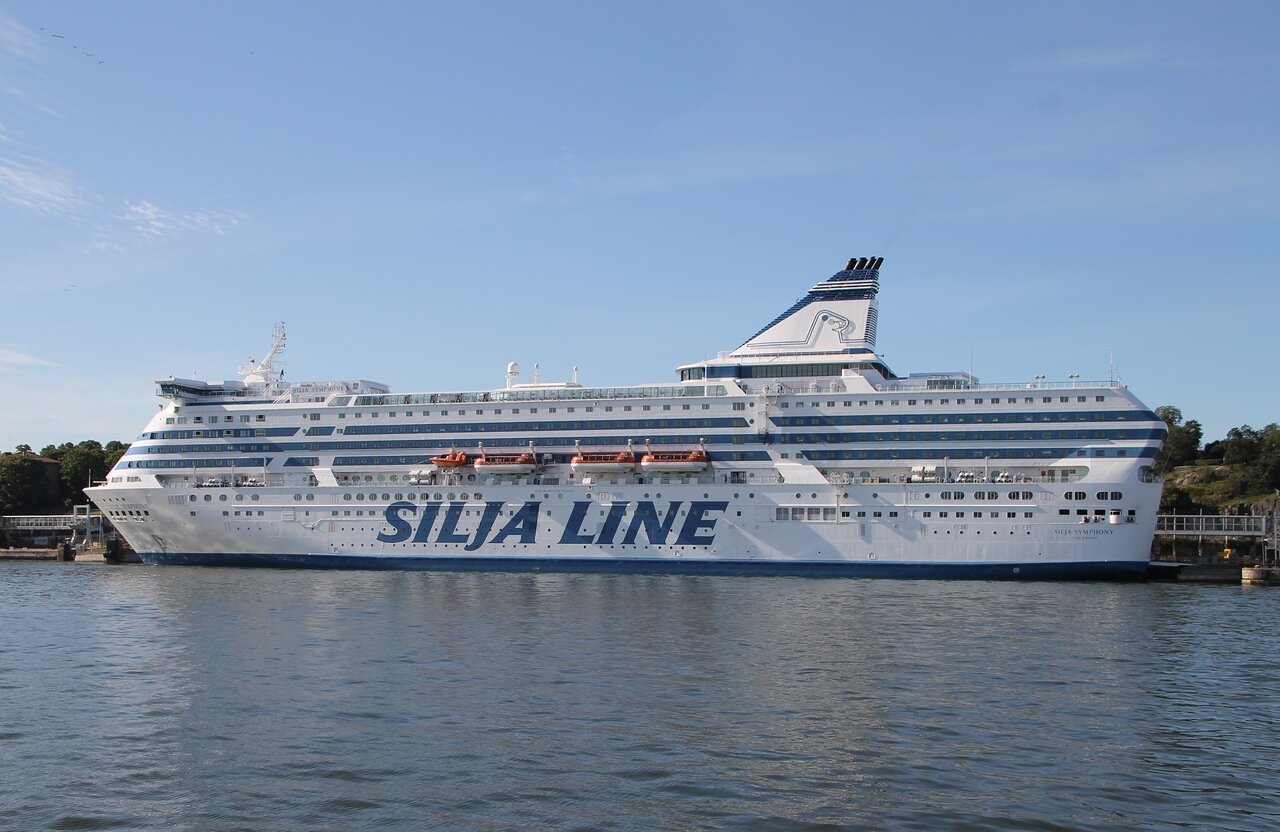 Island Valkosaari (Valkosaari, Swiss. Blekholmen, White island). Here is based the yacht club NJK, bringing together more than 2,500 sailing. The club was established in 1861 and its Charter was signed by Emperor Alexander II. Building in a Villa style, built in 1900, it housed a seafood restaurant. 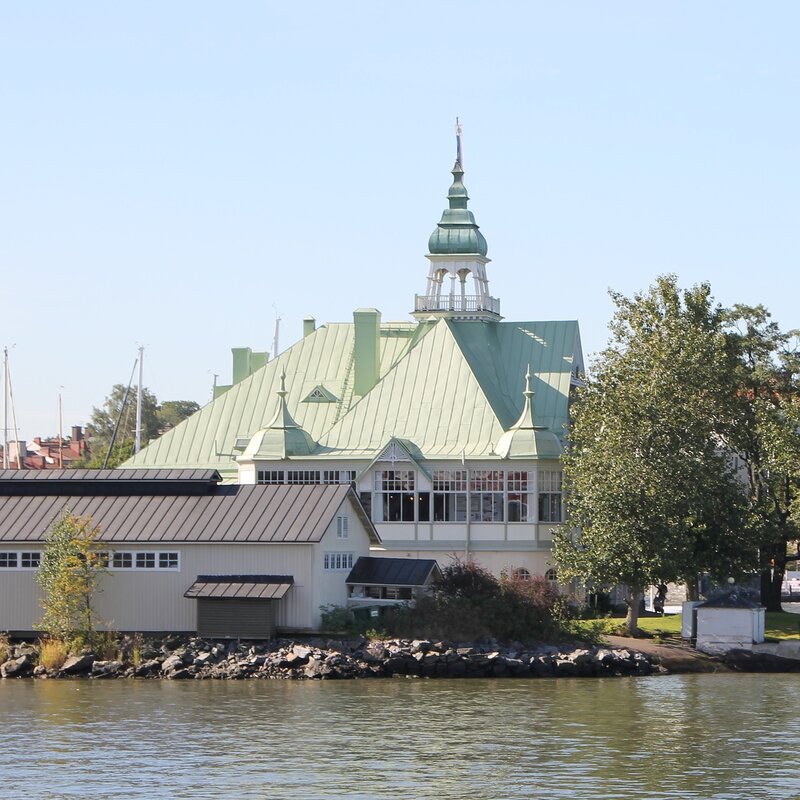 Nearby is a rocky the island of Luoto (Luoto). 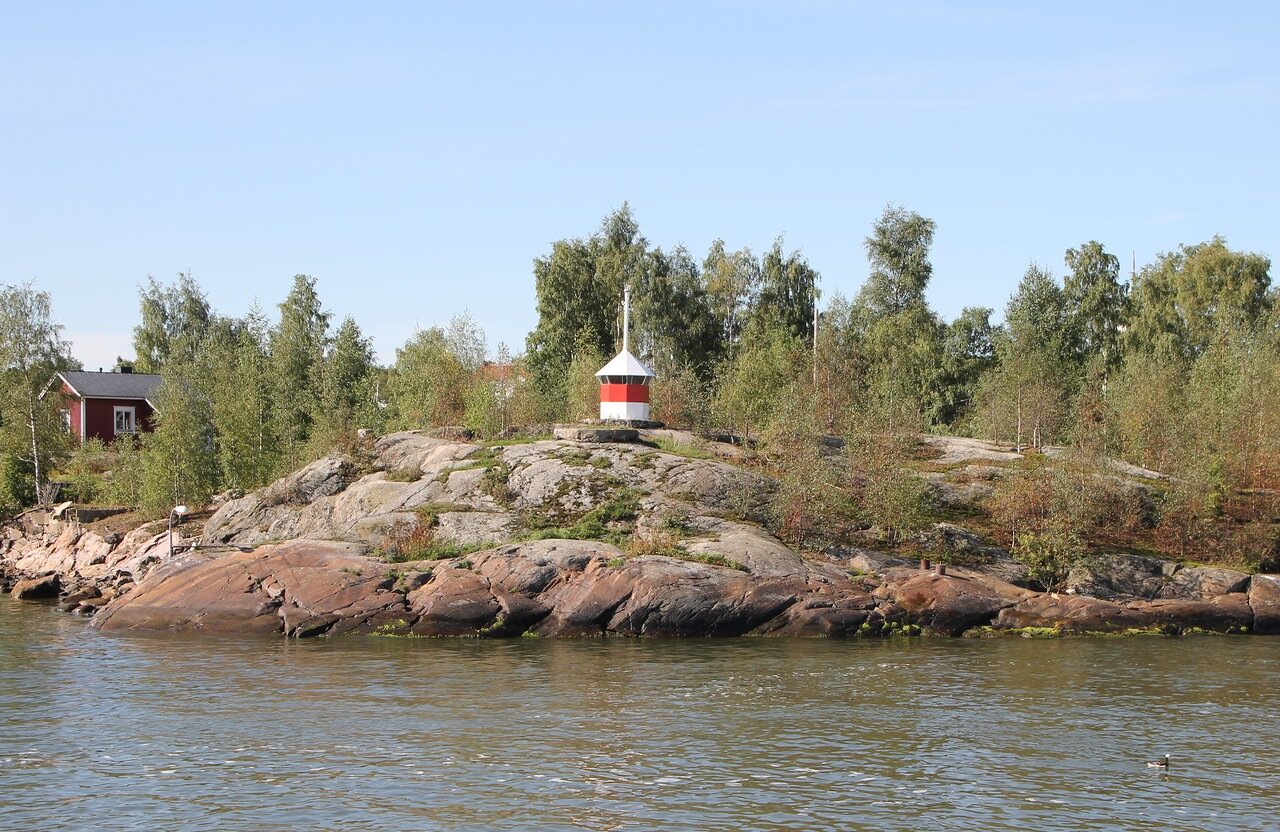 On top of which you can see the pattern in Northern country architecture. Now it houses a restaurant Klippan (Klippan - Utes). 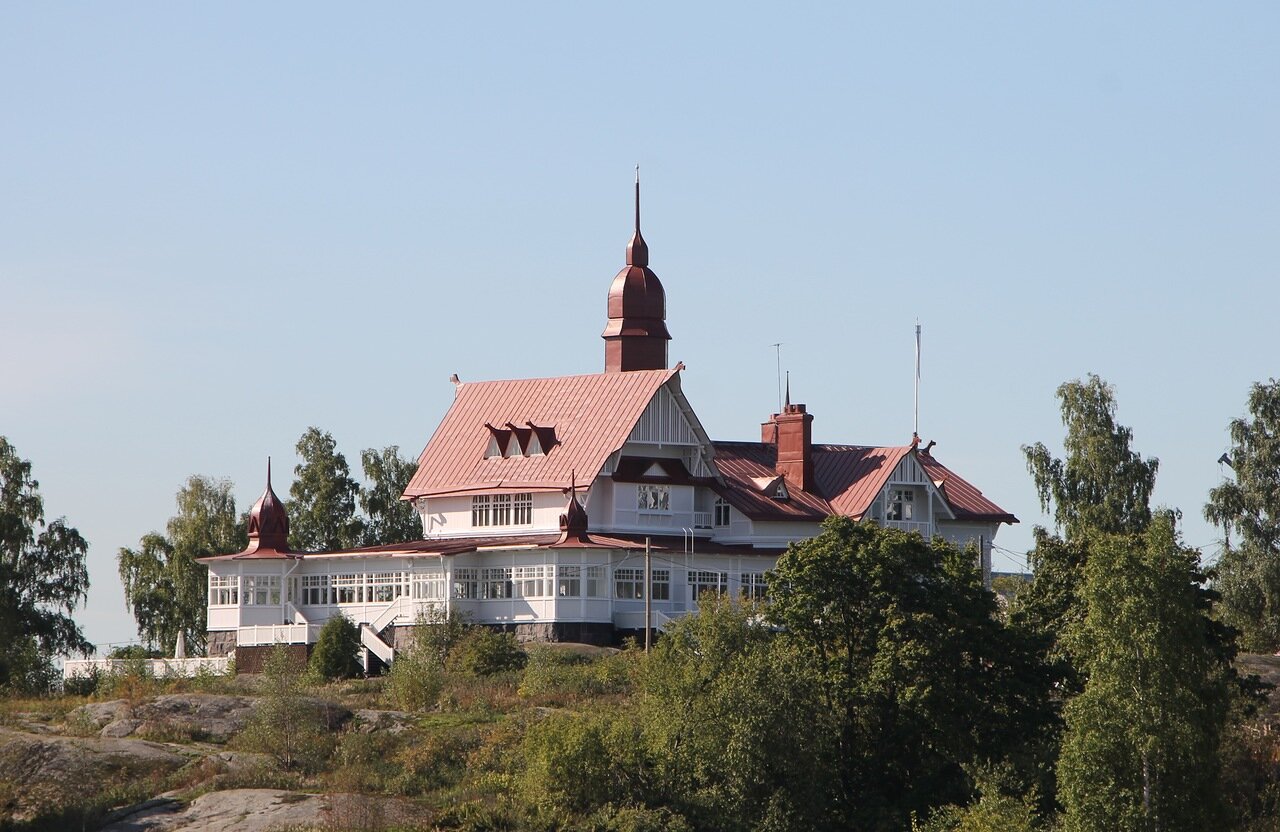 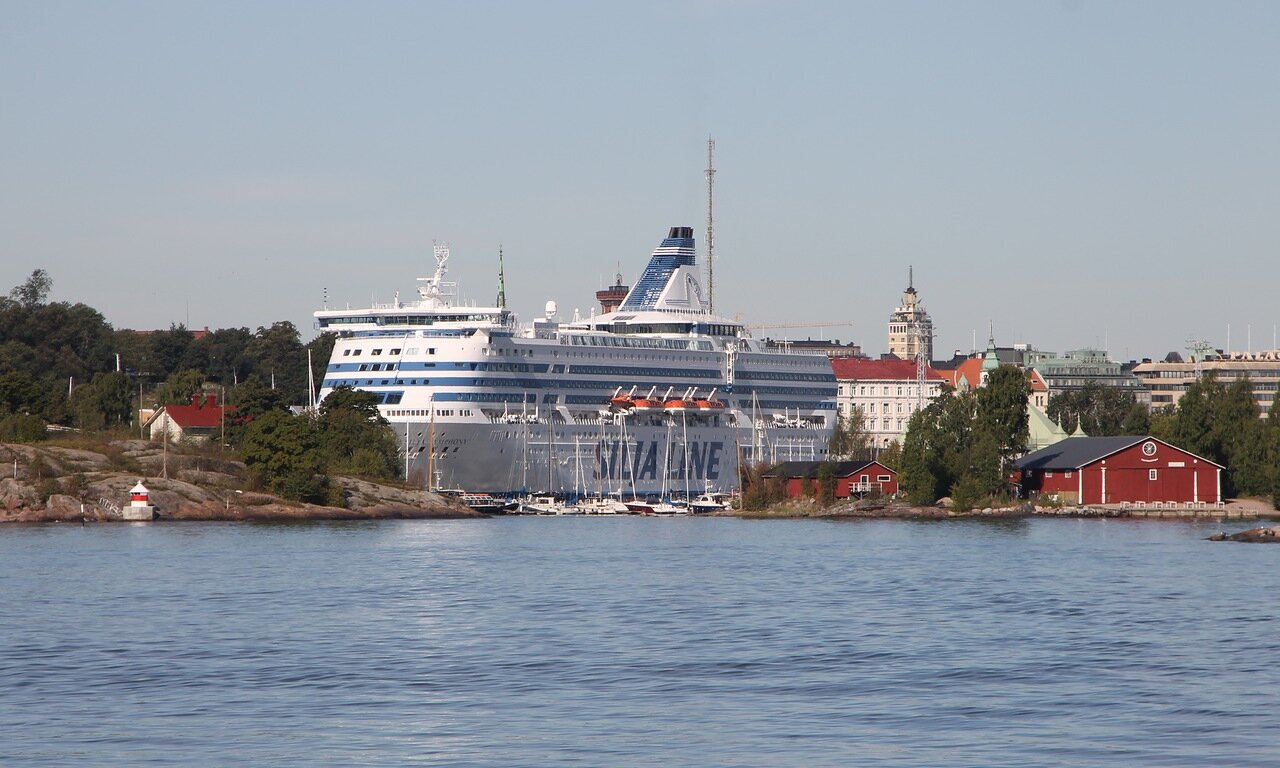