Behind the City theater is a small hill, cut in half by the access roads of the Central station. 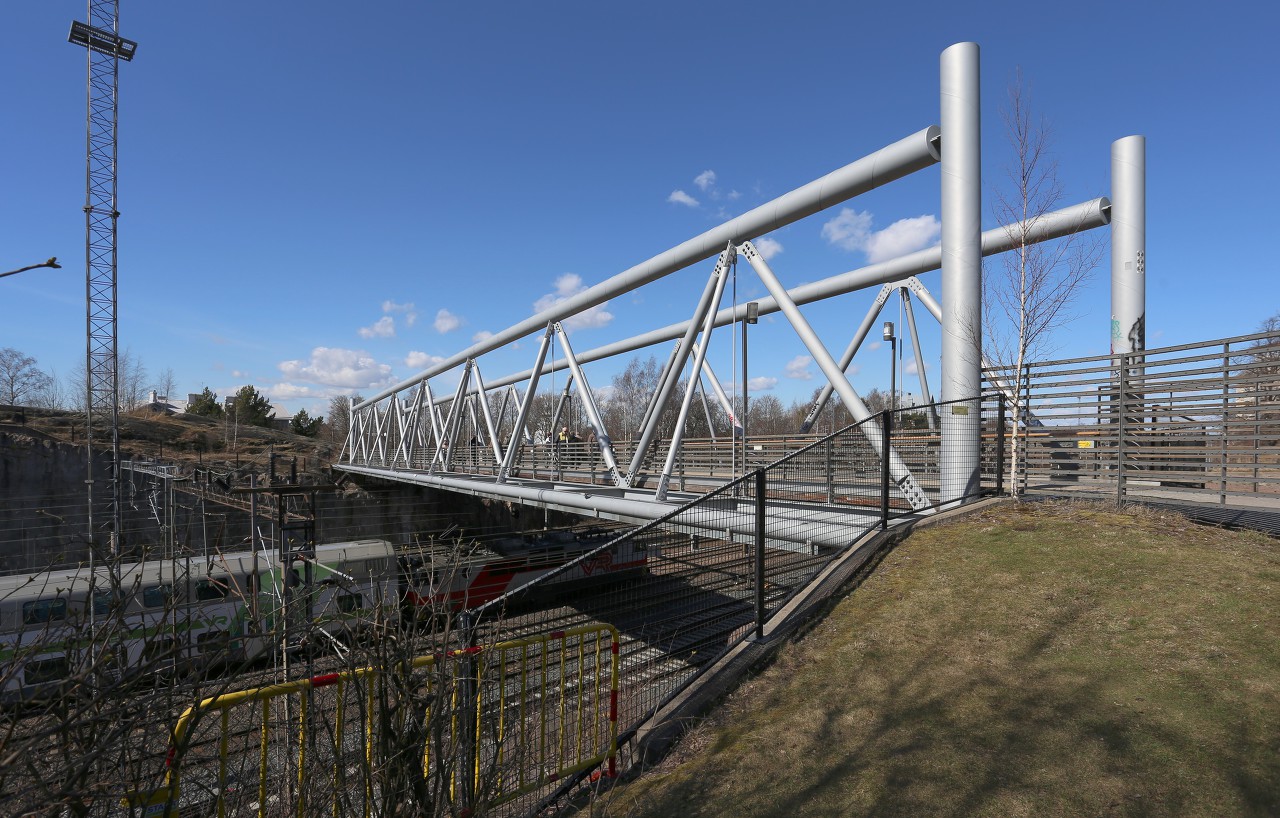 This area of Helsinki has a very interesting name Linnulaulu, which literally translates as "birdsong". 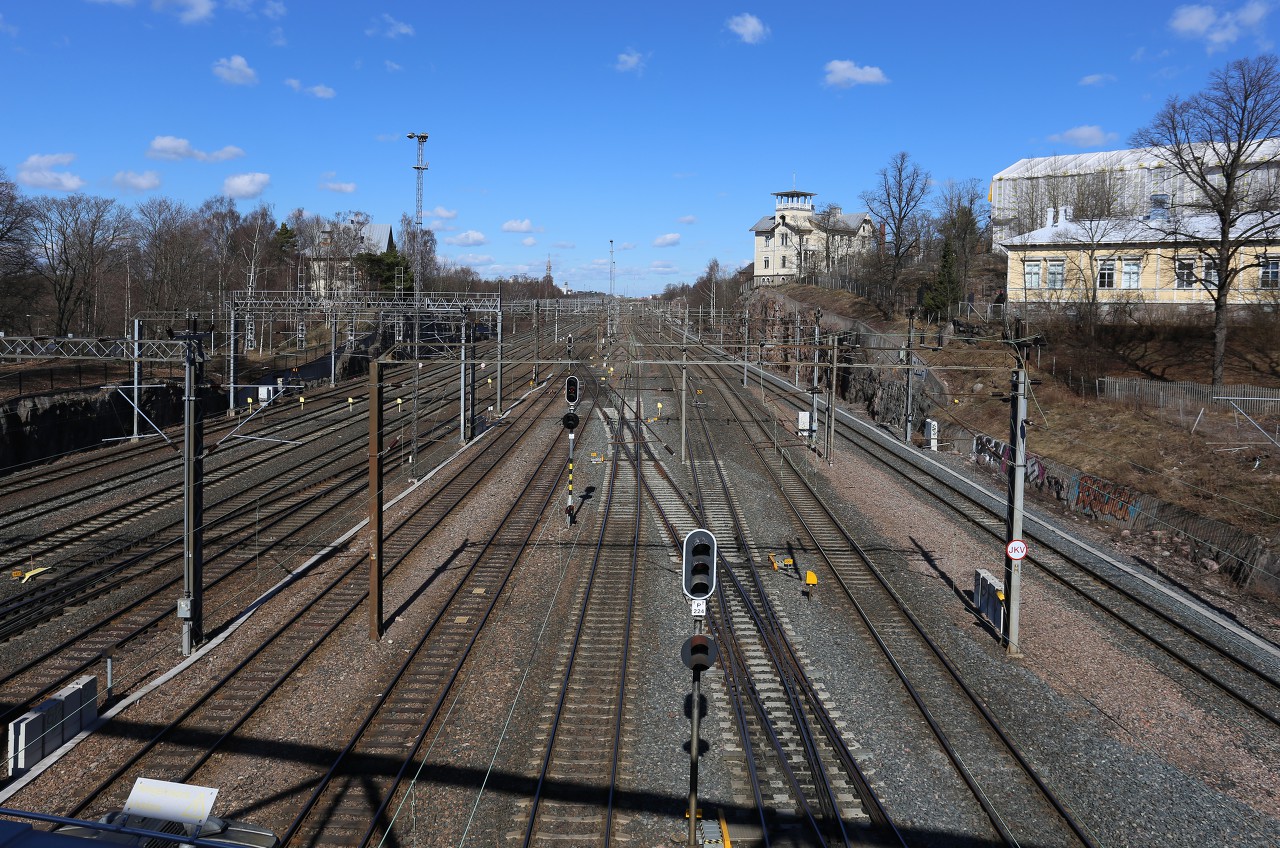 At the beginning of the 19th century this picturesque corner of the wild nature began to gain popularity as a place for the construction of country houses. 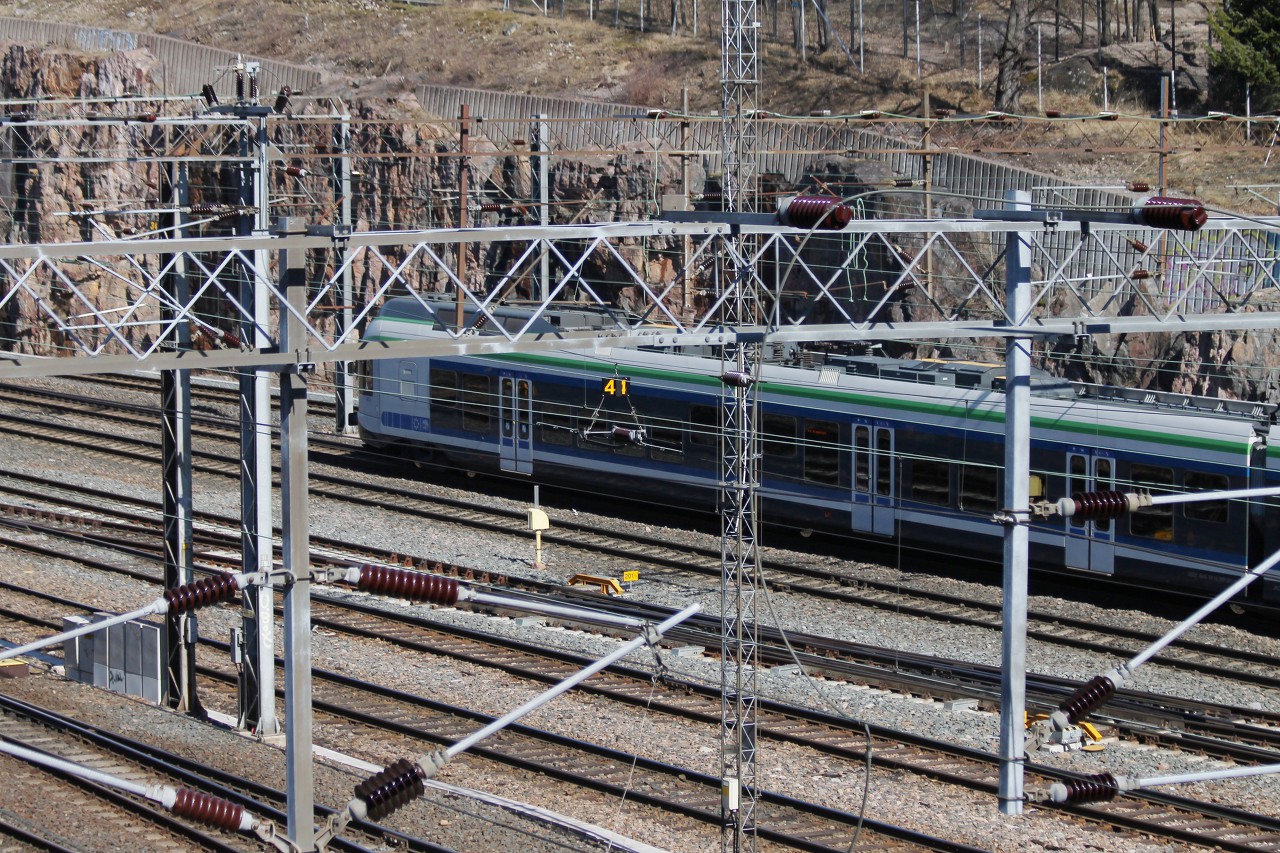 In the second half of the century, the construction of the first Finnish railway line Helsigfors-Hämeenlinna began, as a result of which the Paradise was stopped by a deep excavation. In the 20th century, with the laying of new tracks, the excavation expanded several times, eventually taking up more than half the area of the site. And instead of singing birds, you can hear the noise of passing trains. However, the trains are moving quite quietly, there is no usual rattle of wheels and rattle of couplers for Russian Railways. 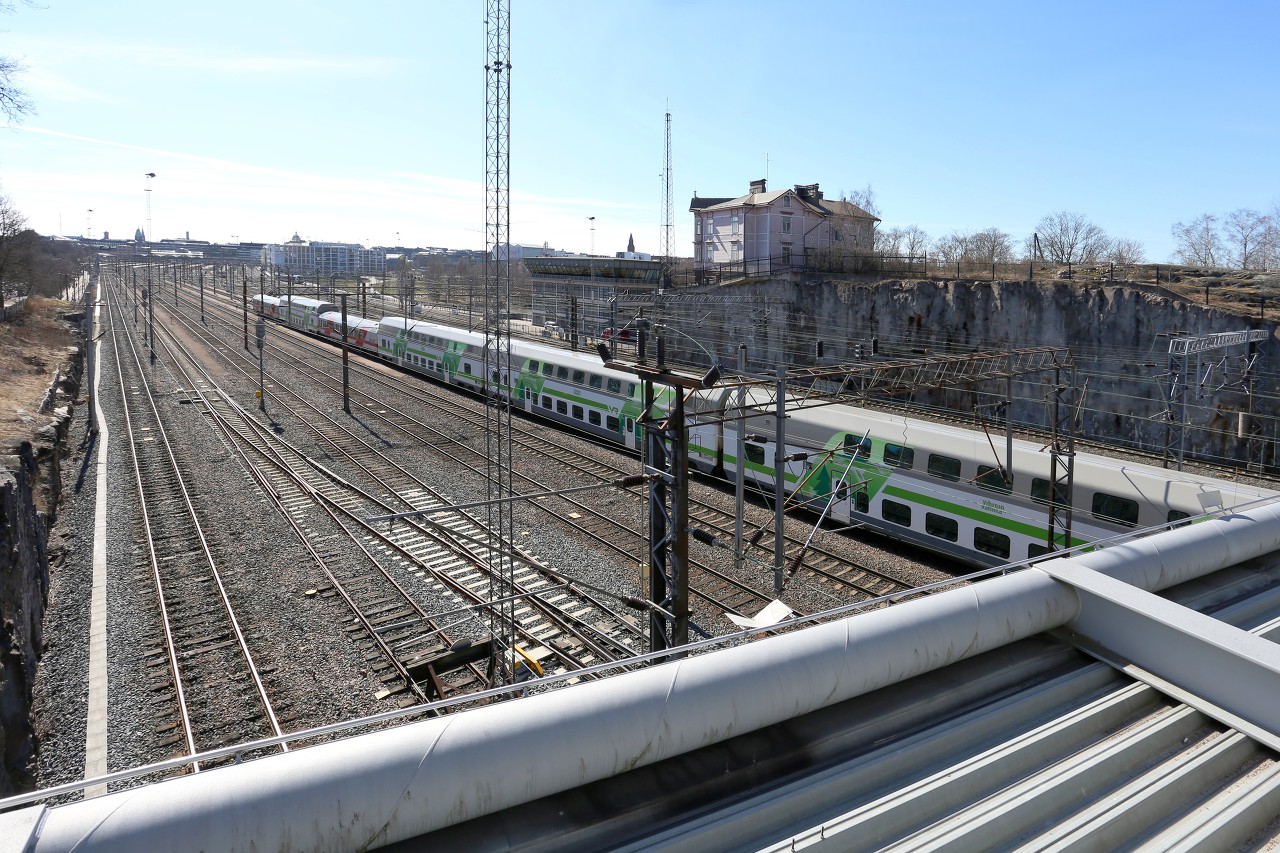 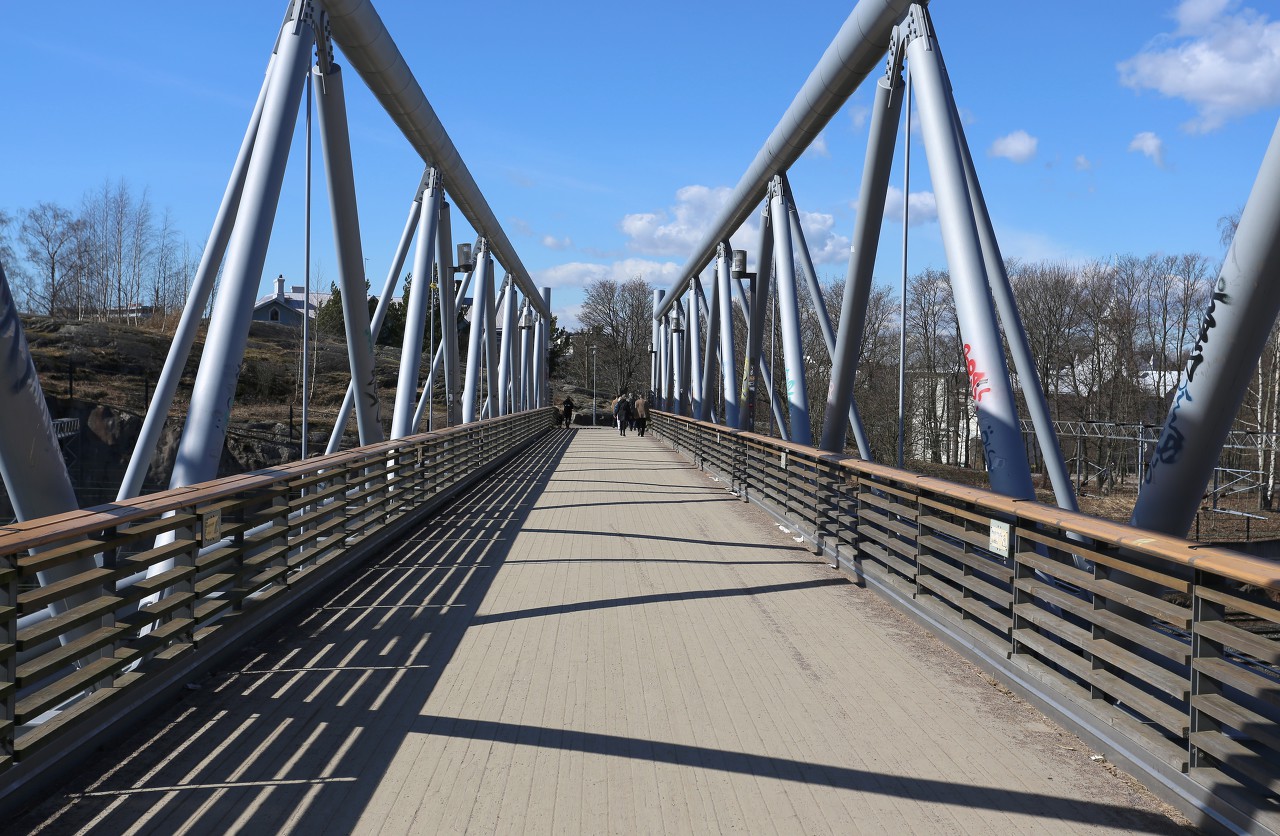 From the bridge, you can admire the remnants of former luxury, as most of the villas were sacrificed to railway transport. If you look from the bridge to the North, you will see a neat country house with a tower-verandah built in the sixties of the last century. Behind it, you can see the attractions of the Linnanmäki Amusement Park. 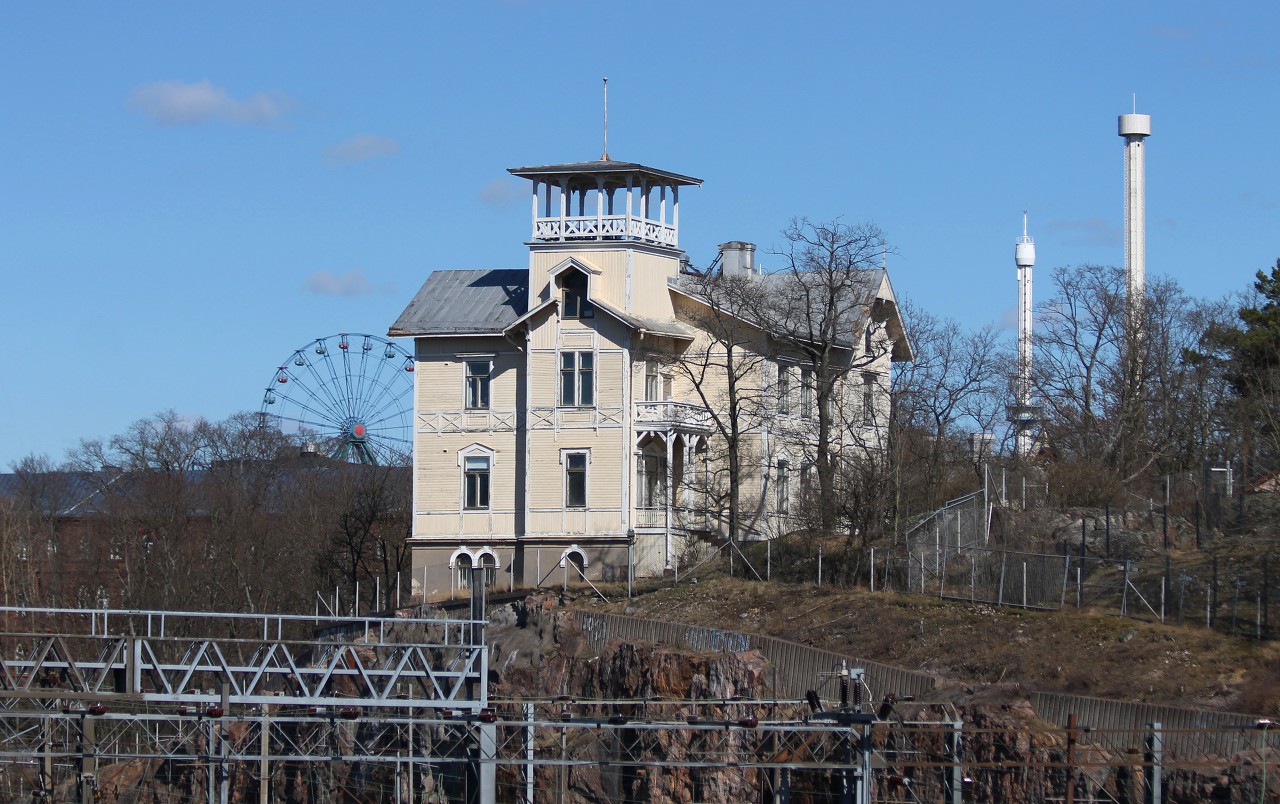 After crossing the bridge, we will see several more buildings of the same era. Villa Kivi, designed by architect Selim Lindqvist in 1890, has been a hotbed of Finnish literature from the very beginning. 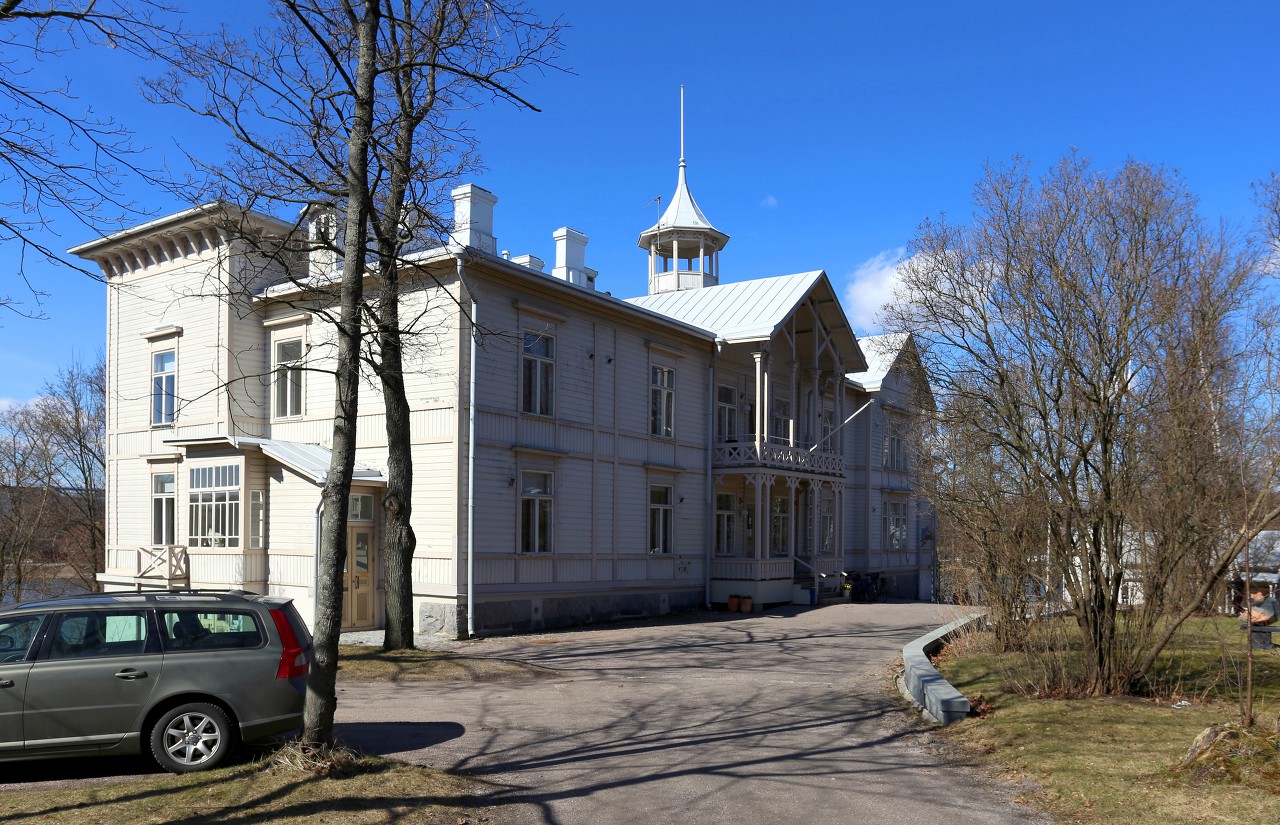 The boarding house was officially named in 1990 after Aleksis Kivi (1834-1872), the first professional Finnish novelist. 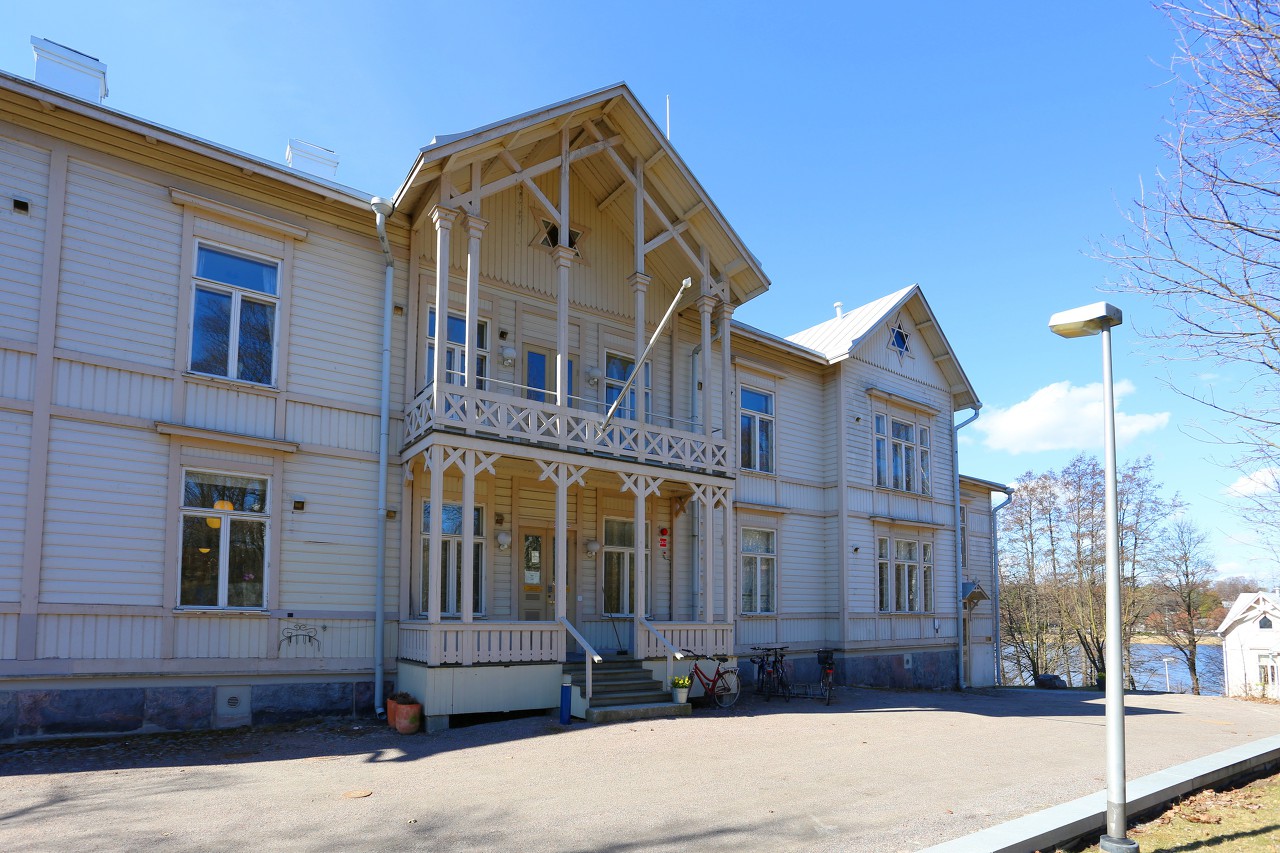 A stylized bird carved from polychrome granite was installed on the lawn in front of the Villa in 2009. The sculpture is called Uhanalainen, which means "endangered" in Finnish. The sculptor Antero Koskinen expressed concern about the advance of civilization on wildlife, which, in General, is very well demonstrated by this area - there is only one name left from the singing of birds. 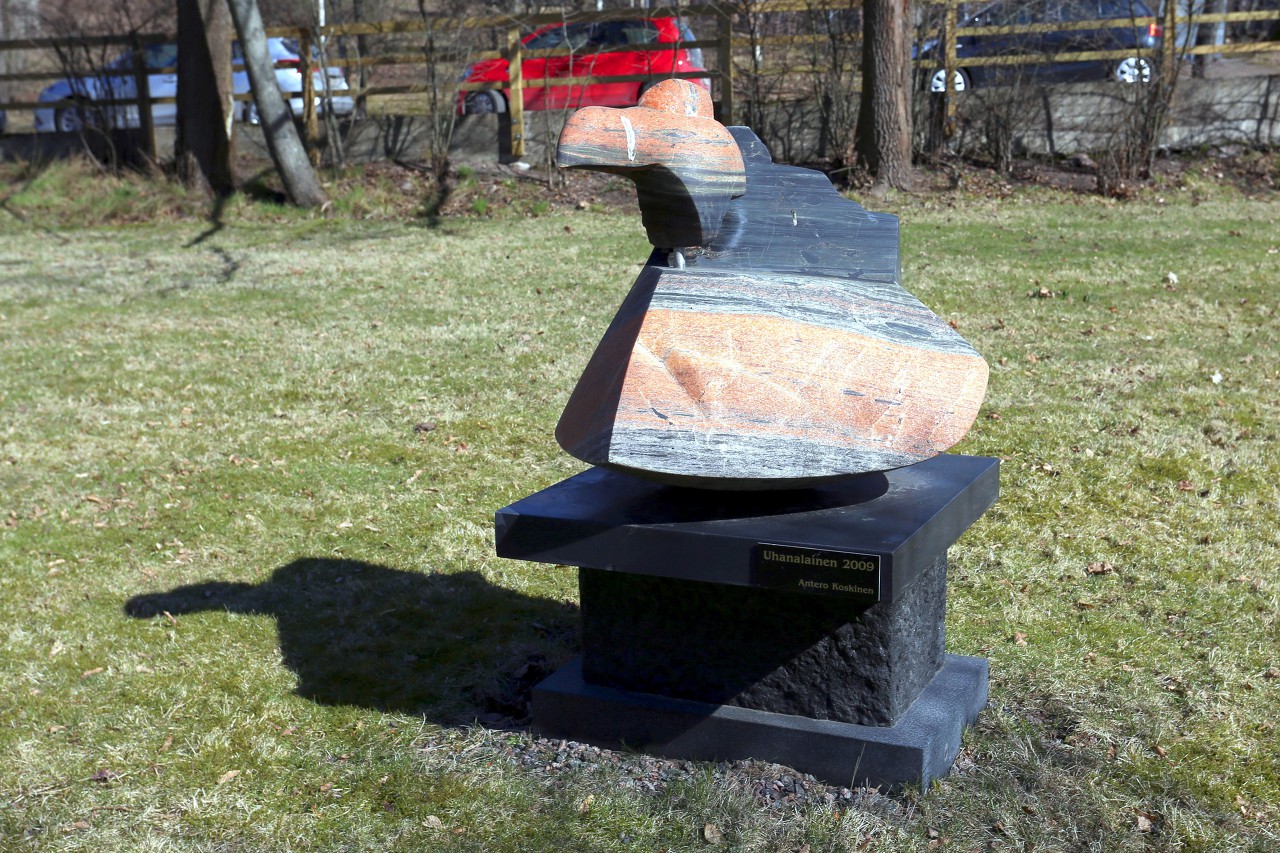 To the right of the villa Kivi, at the water's edge, is the "writer's" sauna. 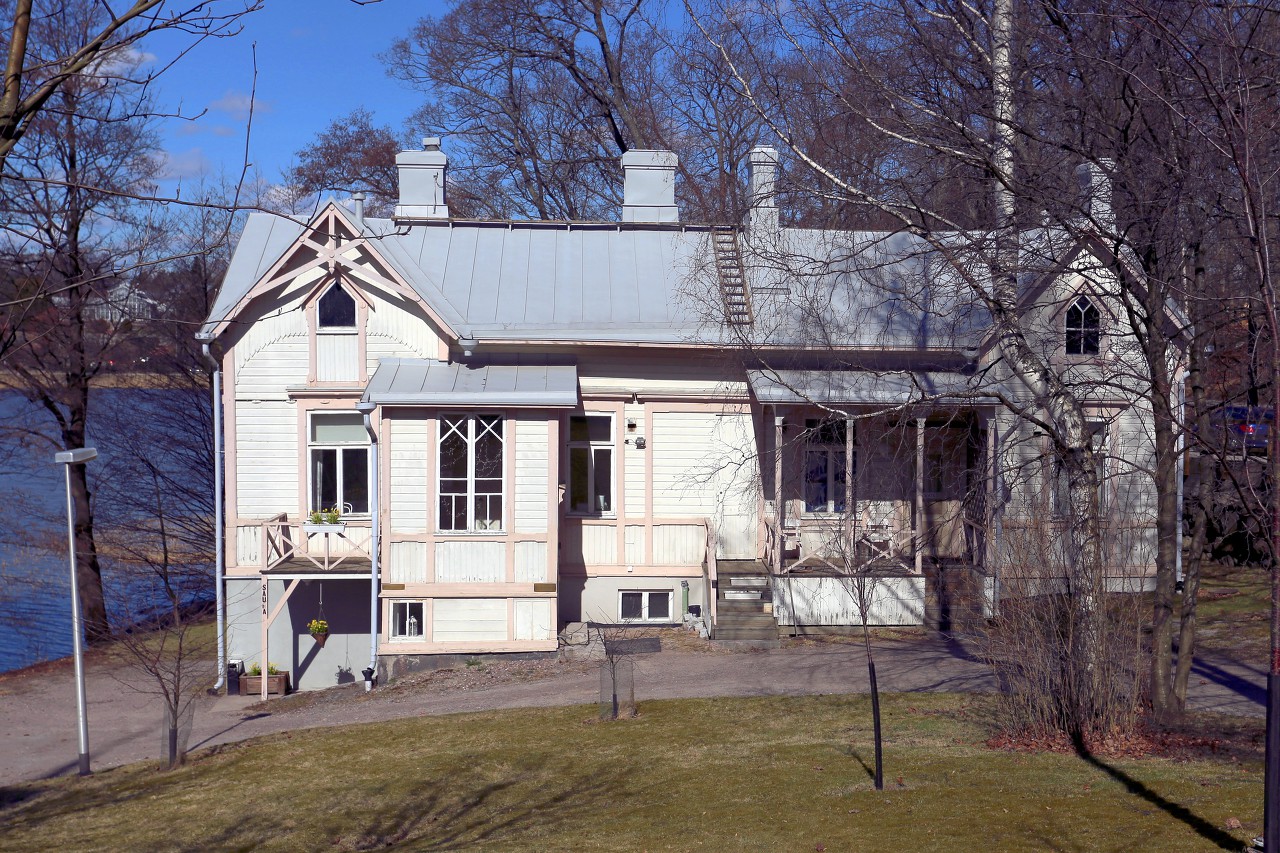 On the other side of the villa, under the shade of trees, hides a neat outhouse-a tea house. 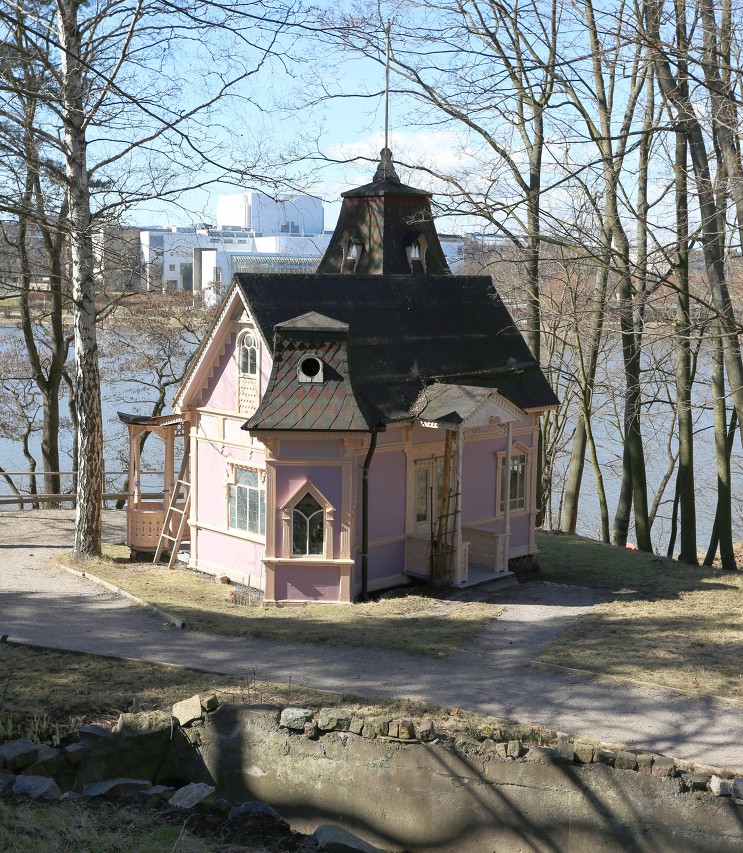 The house has a carved porch and Windows with stained glass. 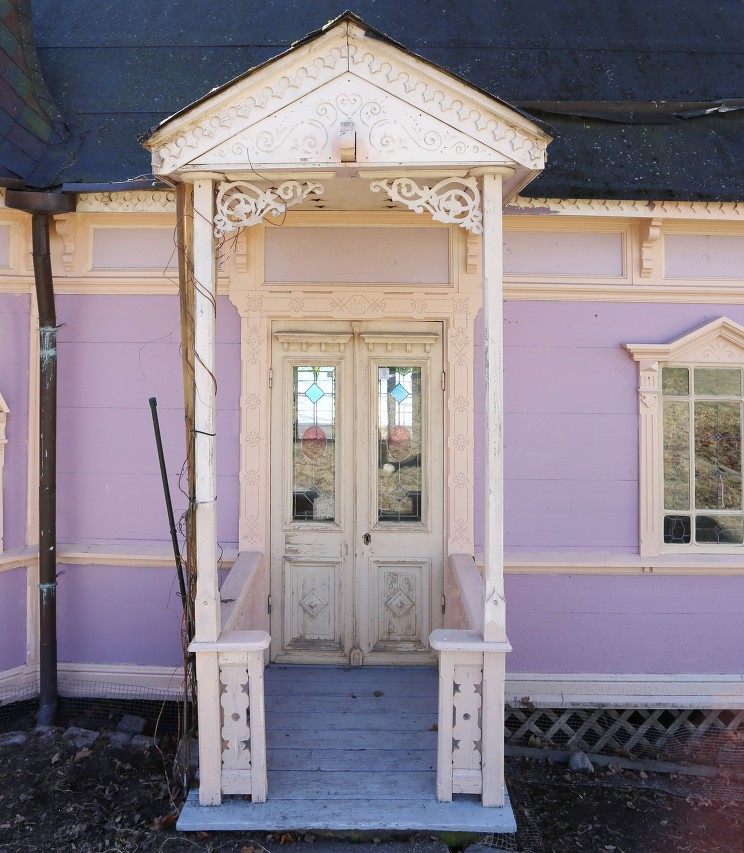 The porch offers wonderful views of the Töölö bay (Töölönlahti). 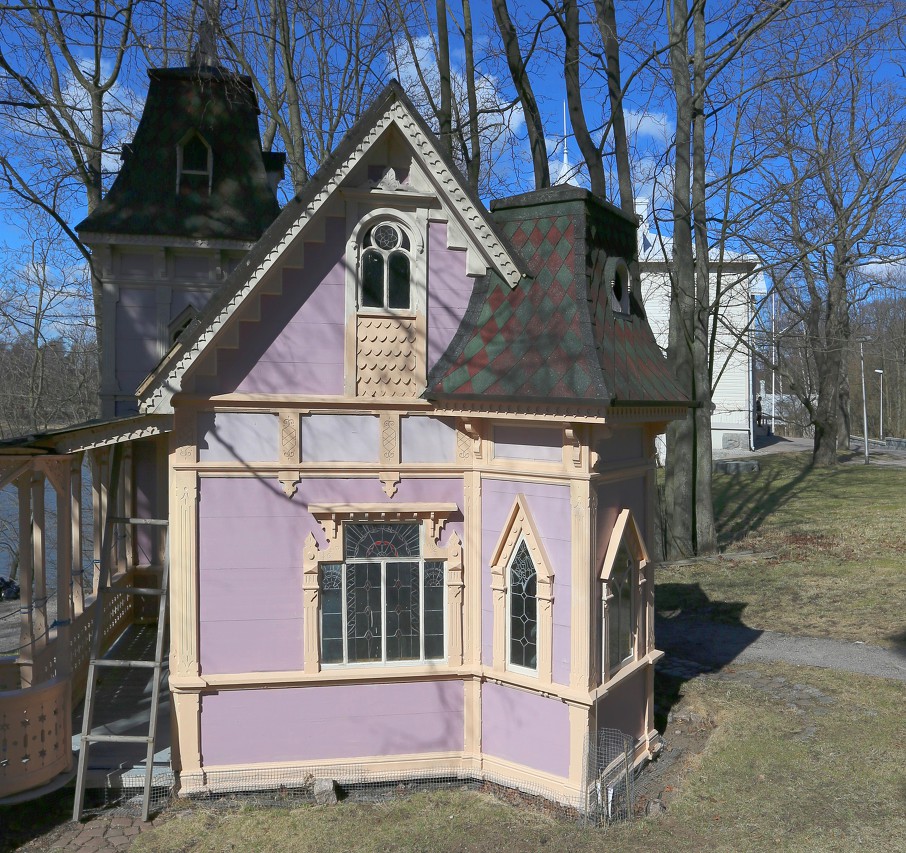 On the opposite side of the bay we see the Finland Palace. 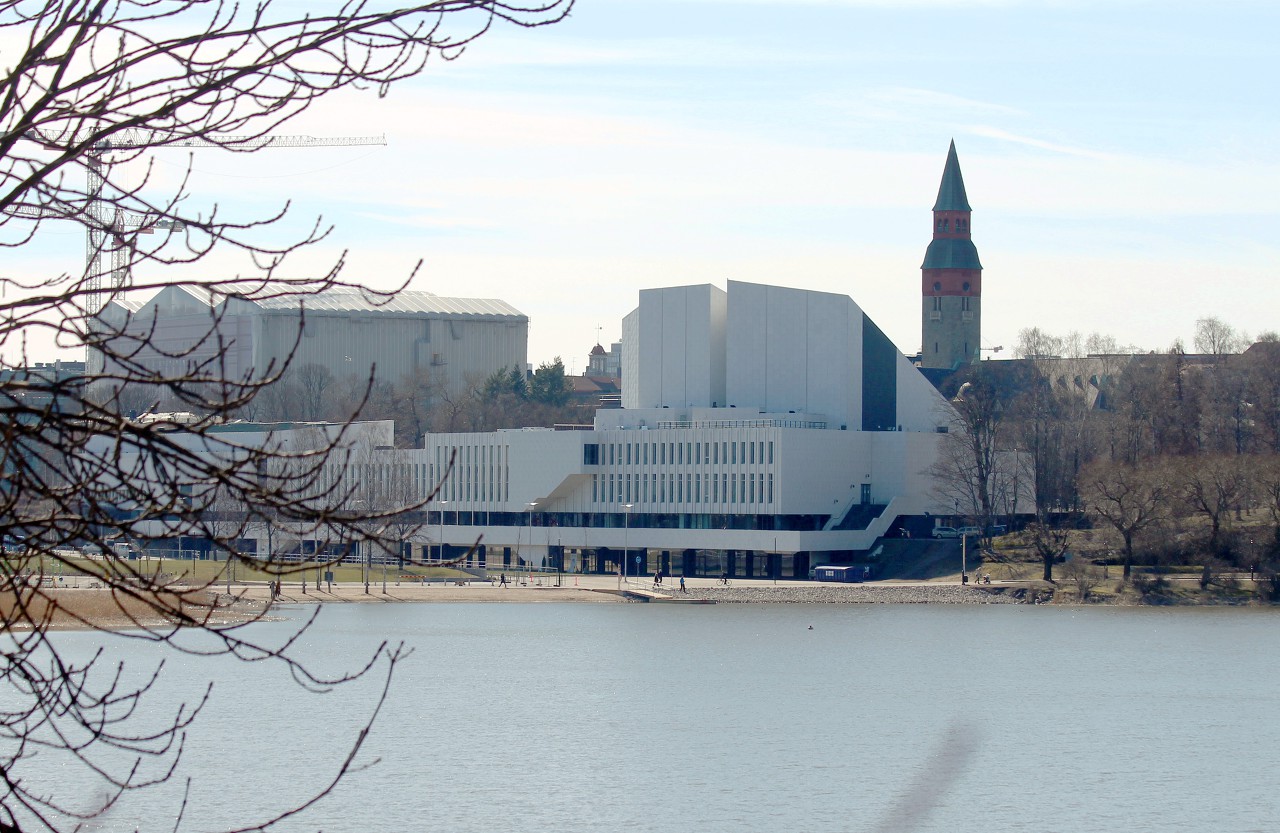 Hesperia Park stretches along the bank to the right of the Palace. 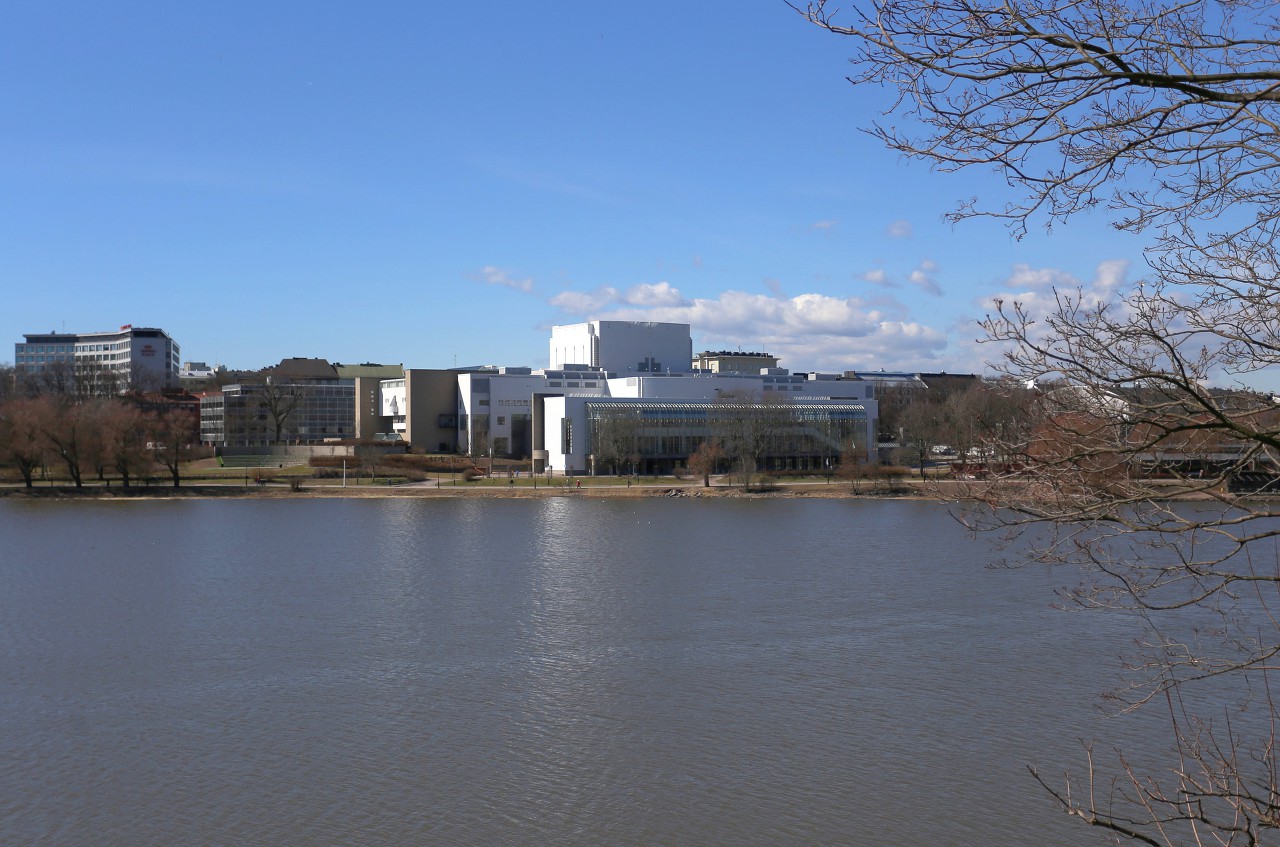 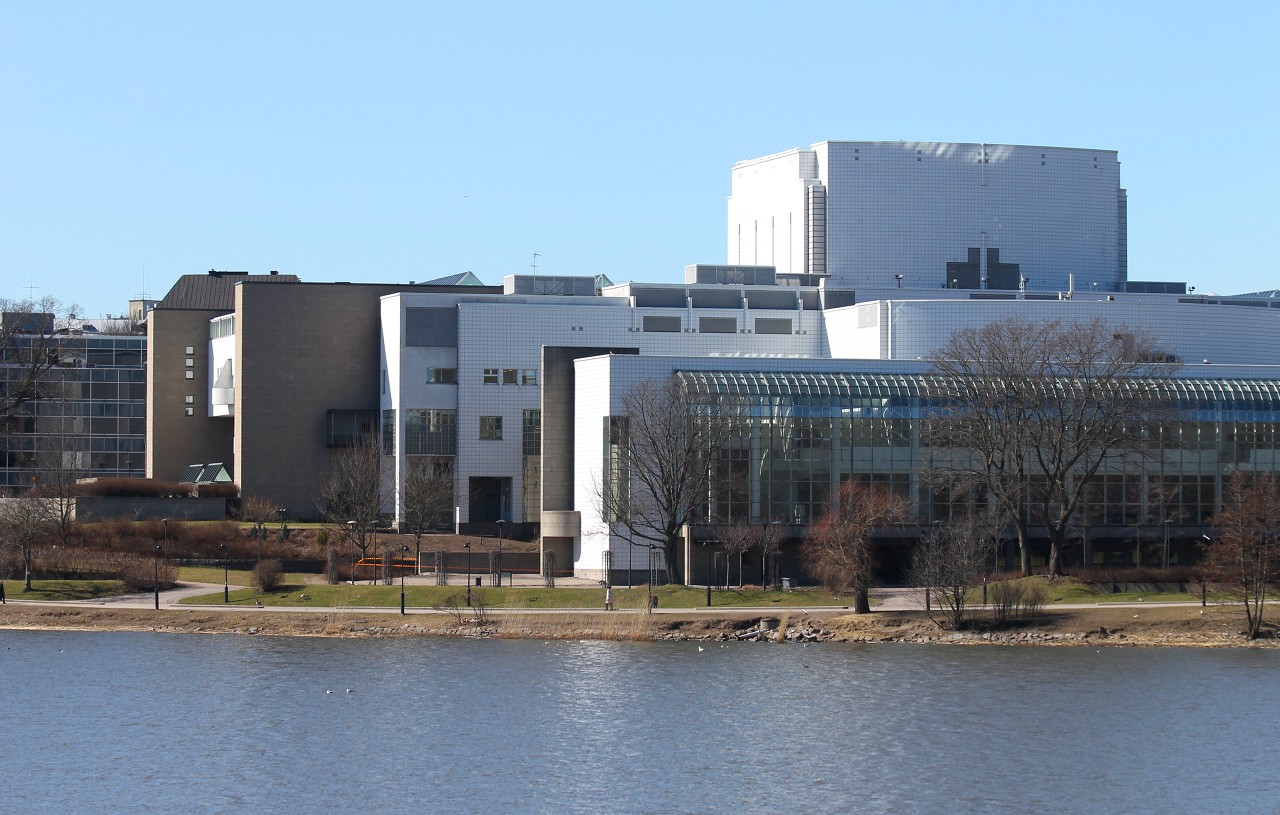 Another example of country architecture of the late 19th century, a large three-story house with a stone basement and wooden upper floors. The house has many large balconies and an open verandah over the high steep bay shore. The house is called "Blue cottage" (Sinisen huvilan), next to a cozy cafe with the same name. 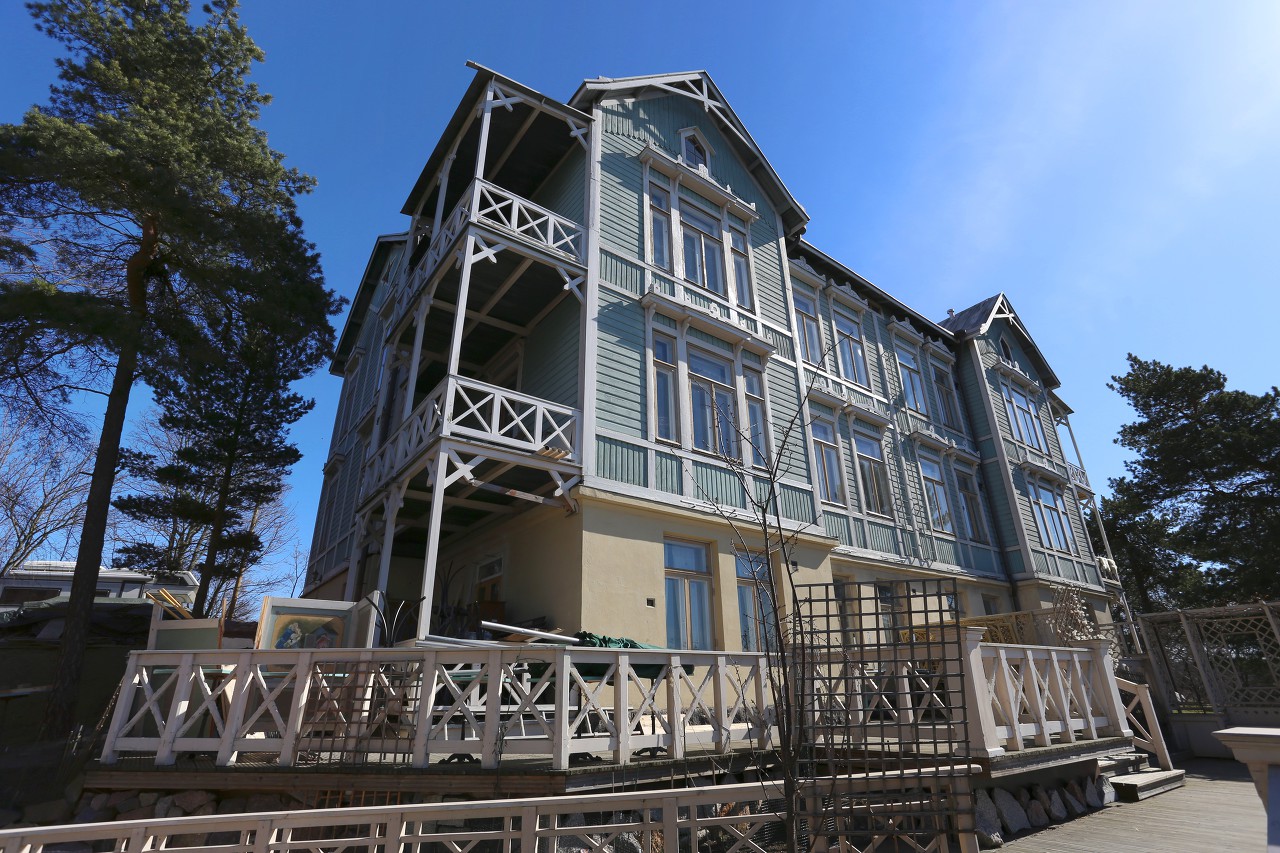