From Katayanokka island to Esplanade park stretches promenade of the Southern harbour.

Here you can find the ferries to Suomenlinna fortress and many excursion boats. 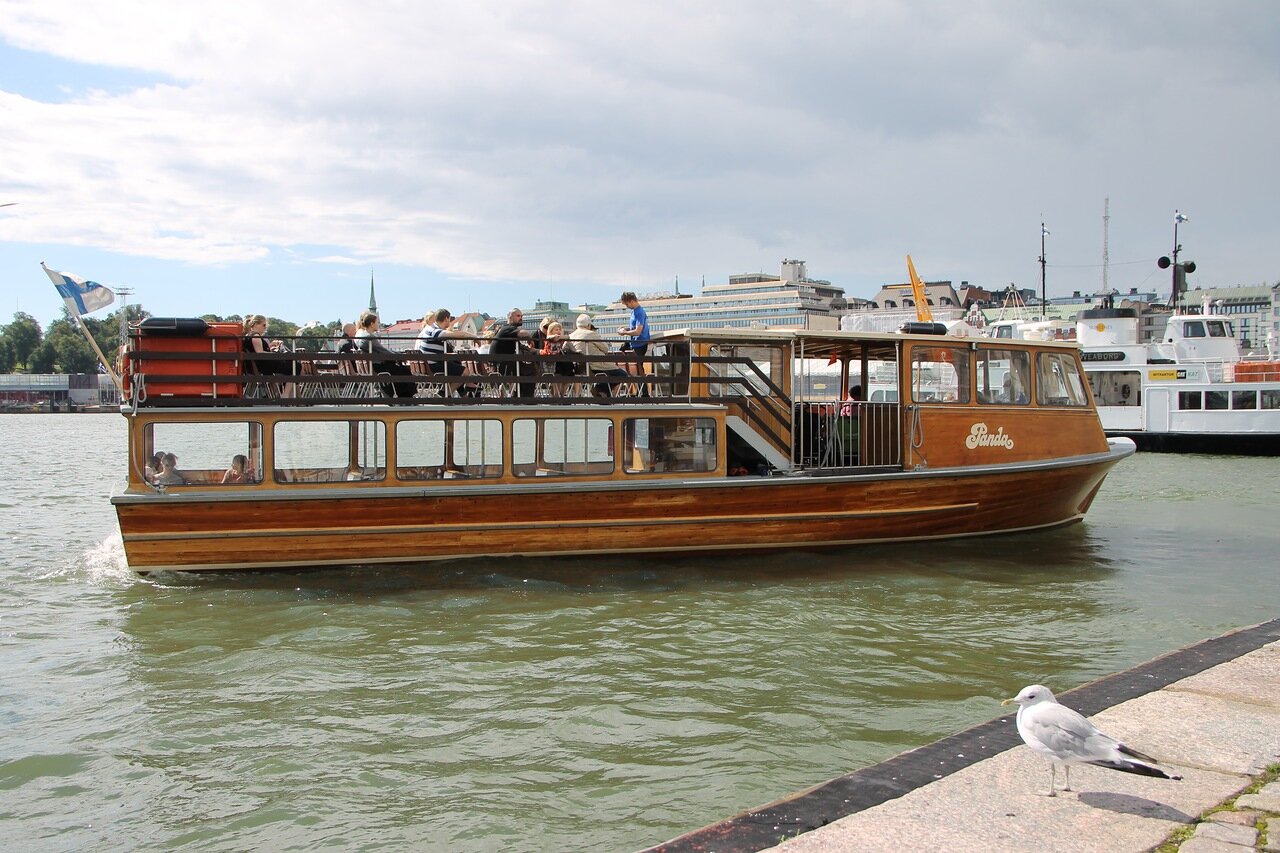 In the southwestern part of the harbour, near the terminal "Olympia" moored ferries Silja line Helsinki-Stockholm. 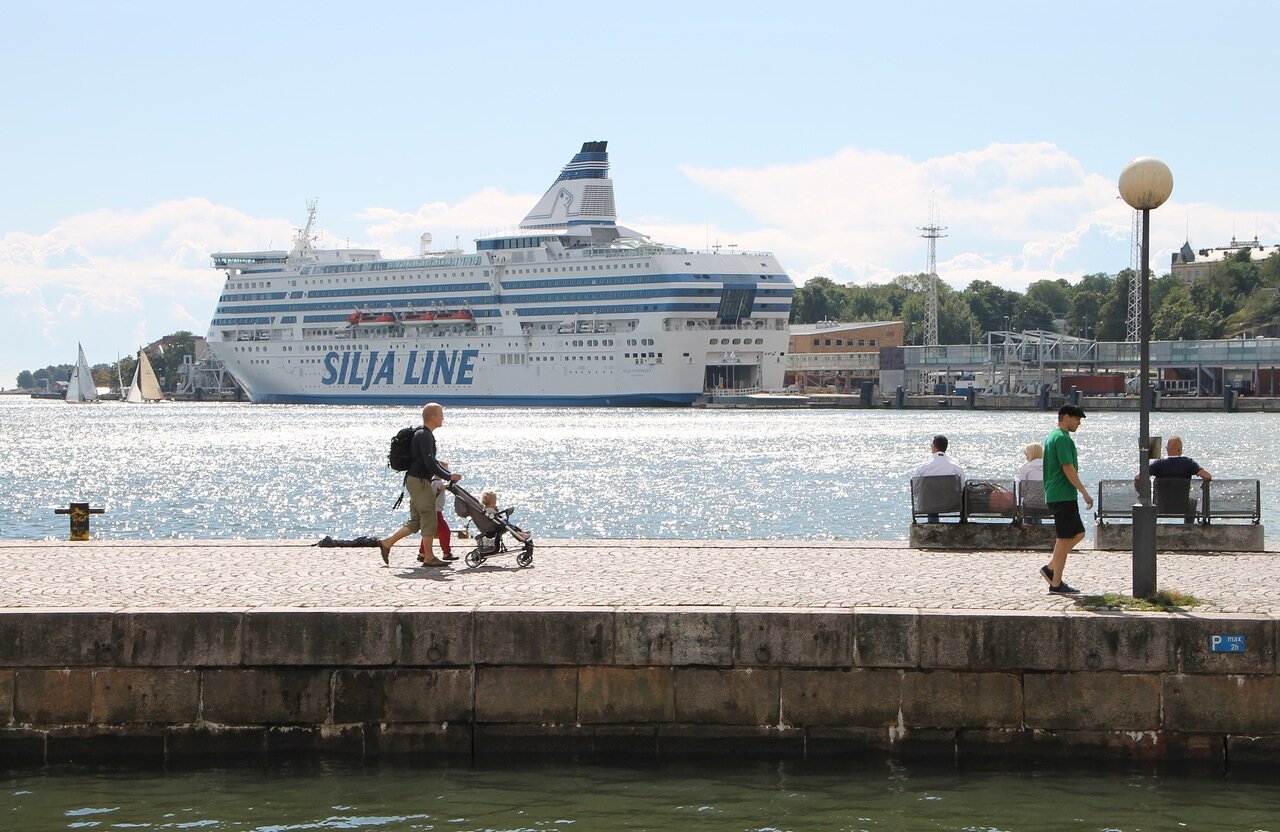 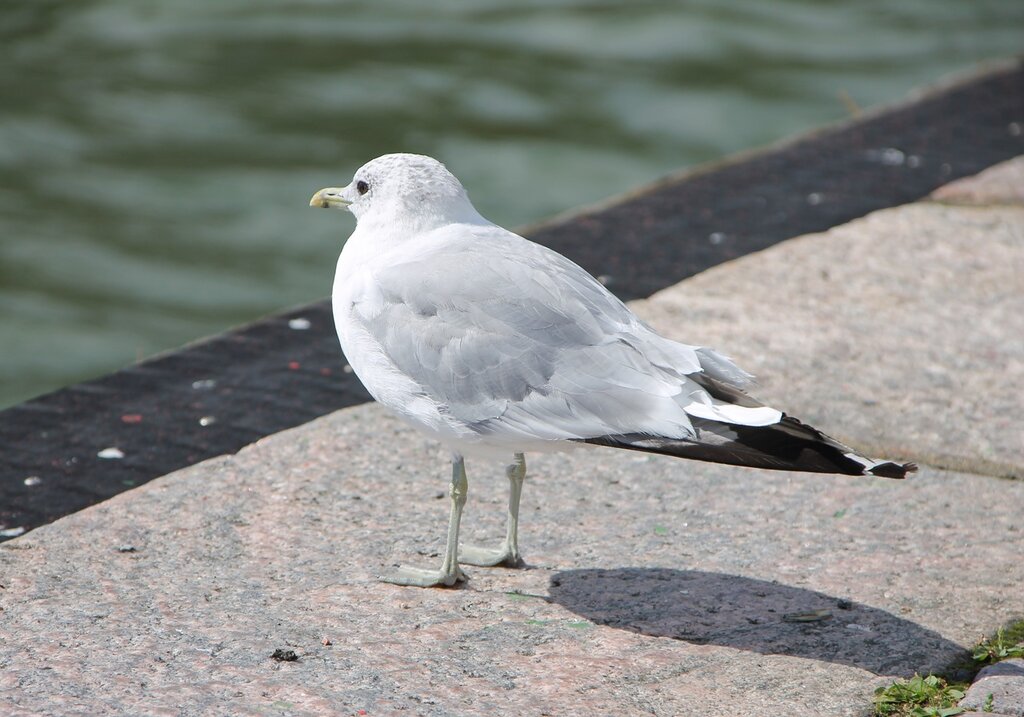 On the waterfront overlooks the Presidential Palace. Passing by the Palace, I saw a procession of a military orchestra. From June to August in the capital of Finland are performances of military bands from different countries. 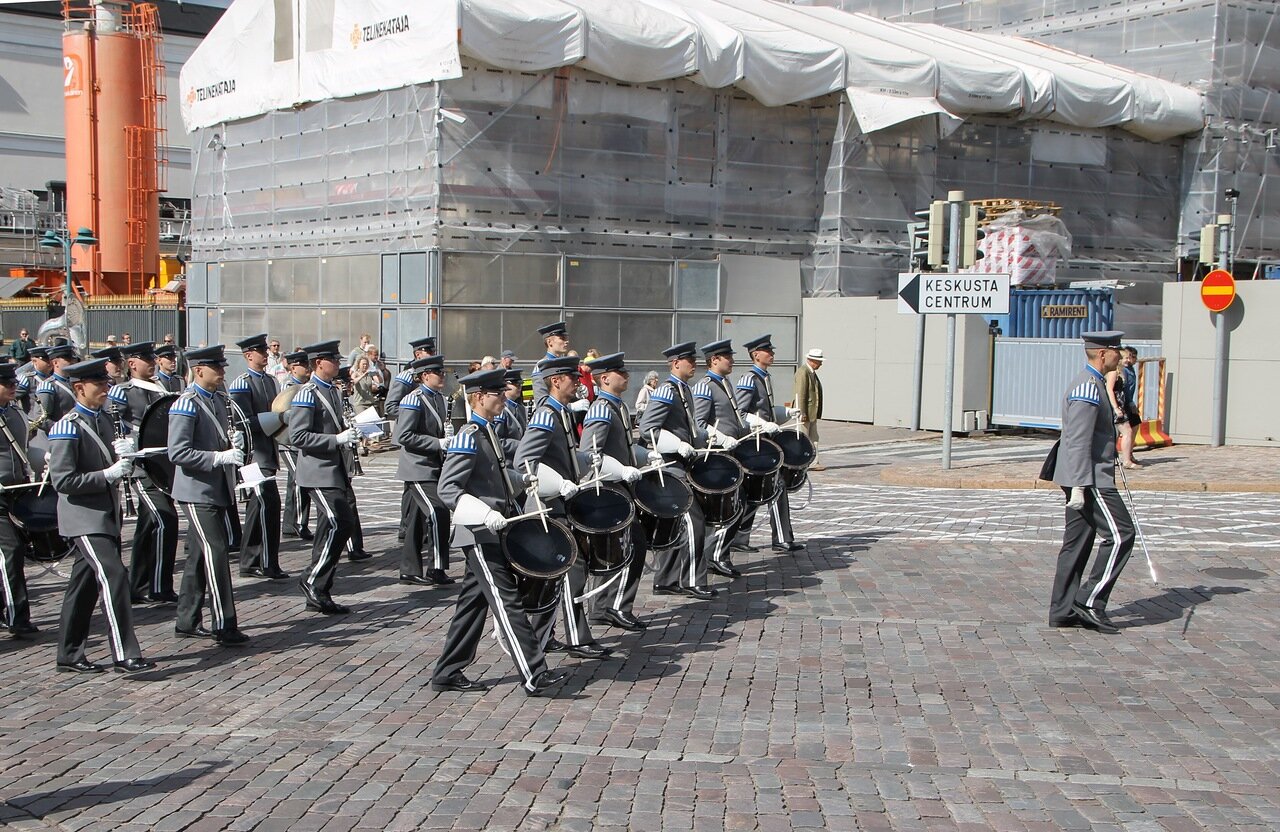 The Palace at that time was under reconstruction, but the guard is serving. 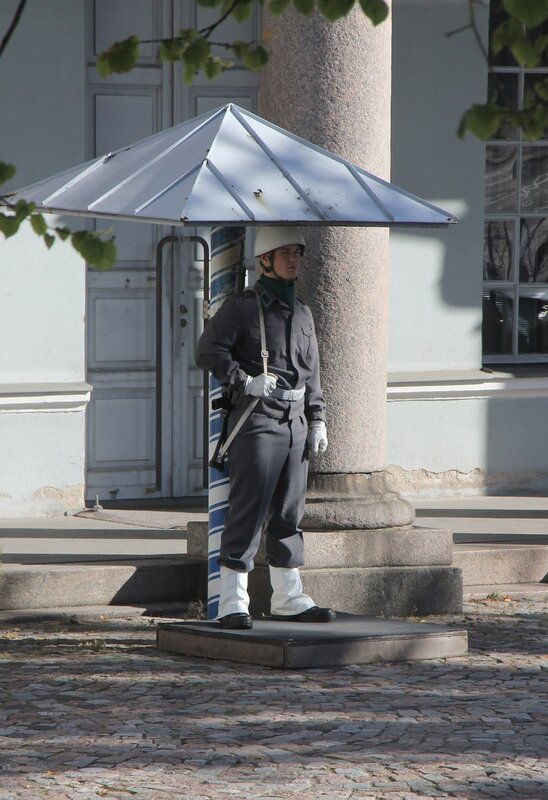 Initially, there were port warehouses on this site, in 1813 the territory was cleared and two years later the area became the main place of trade in agricultural products. The farmers ' boats were moored right on the waterfront and the goods got on the shelves. In 1835, the square was paved with cobblestones. Now here you can not only buy fruits and vegetables, but also inexpensive lunch.

In the western part of the square is the fountain "Daughter of the Baltic", better known as "Shameless Amanda". After the fountain starts the Esplanade, the beautiful Linden Avenue, . 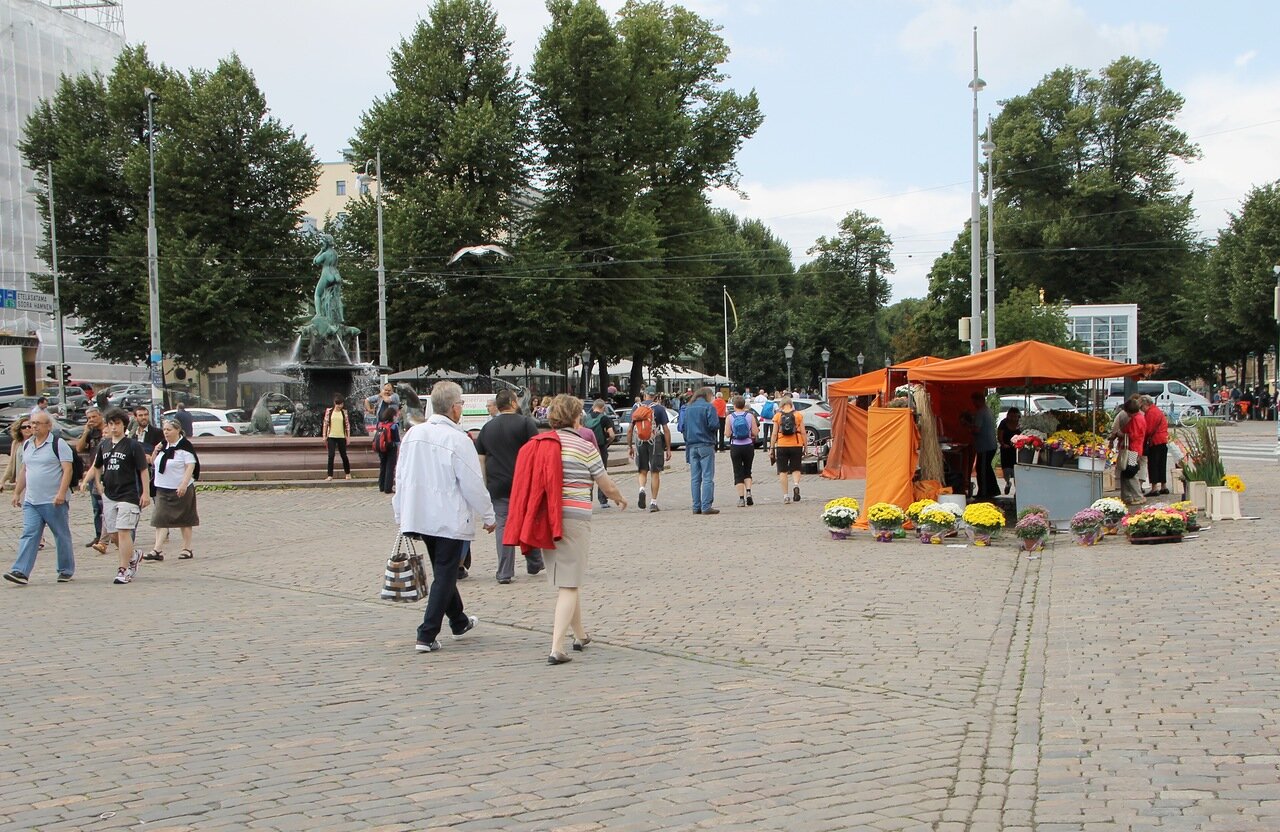 From the Market square just one block to Senat square and Helsingin Cathedral. 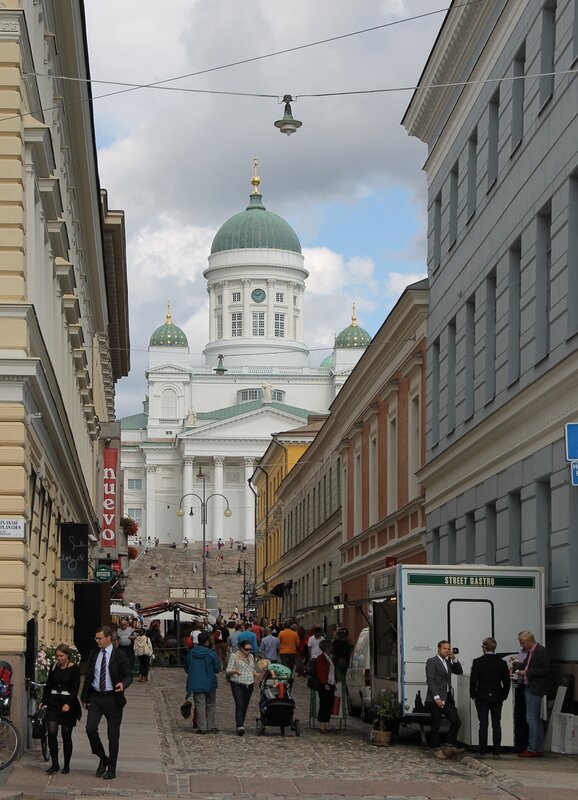