In Kluuvi on the Kluuvikatu street, there is an original monument dedicated to the centennial of the founding of the famous confectionery company FAZER & Co (map). 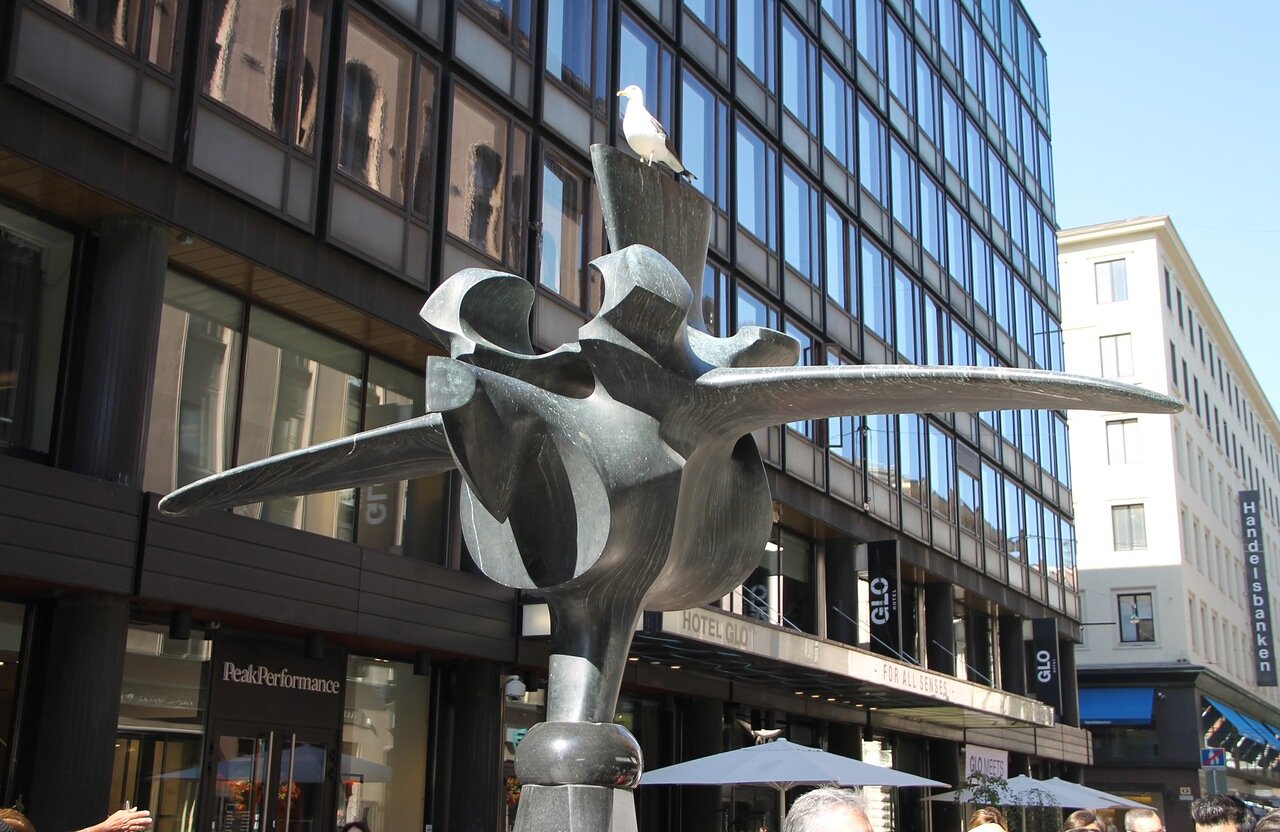 Karl Otto Fazer (1866-1932), son of the furrier of Swiss origin, was born in Helsingfors and began his career as an apprentice at patisserie G. Berrino in Saint-Petersburg. Having received excellent recommendations, he went to study in Berlin, then worked in confectionery of Paris. Returning to Finland, he settled in his father's house on Glogatan (now Kluwikatu), took out a loan and rented a room in a neighboring house, where on September 17, 1891 he opened the "Russian-French confectionery". The café was a success, and over time Fazer opened a network of pastry shops in different parts of the city, and in 1897 he founded the first Finnish candy factory in Punawori. The business expanded, Fatzer's products became known in Europe, in the twenties, the newspaper called it one of the most famous abroad Finns. 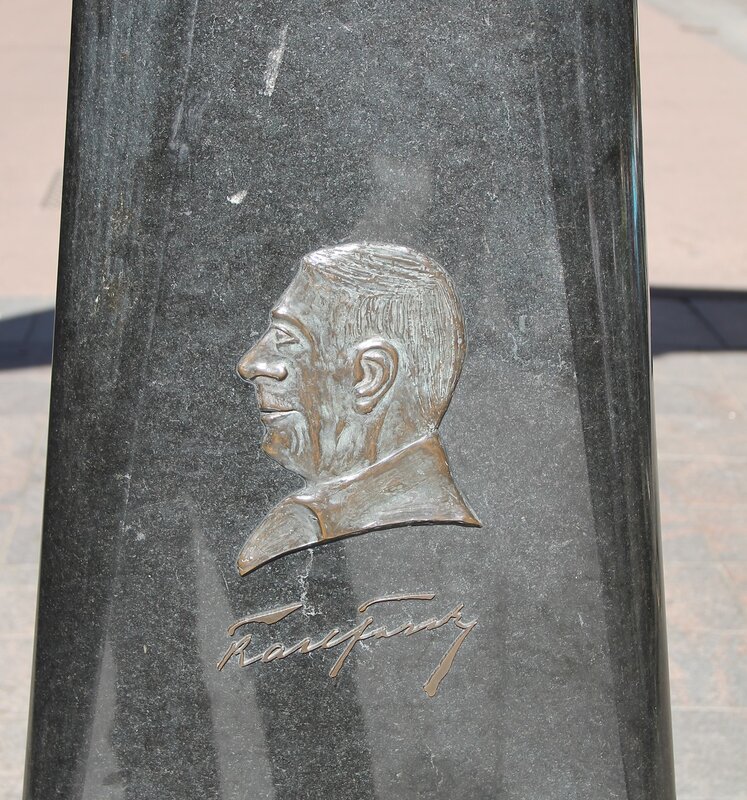 The monument is vaguely reminiscent of a rooster, for which it got its name, but the sculptor Björn Weckström had in mind quite another. The sculpture depicts a vertebra of a moose skeleton, to which the author attached wings and head. As the sculptor said, the idea came to his mind in the Aland forests when he saw the remains of this animal. Karl Fazer was a passionate hunter, participated in shooting competitions, and was a member of the Finnish team at the 1912 Olympic games in Stockholm. Knowing that hunting moose was a favorite pastime of Karl Fazer's Vikstrem gave the monument to the original form. The sculpture was installed on the site where the first Fazer confectionery was opened. And now, in front of the monument is a cafe FAZER, where you can enjoy the famous sweets.