From fountain "Havis Amanda" beginning the Esplanade (Fi. Esplanadin puisto, Sw. Esplanadparken map), a Park in the French style, built in the thirties of the nineteenth century by the municipal architect Carl Ludwig Engel. Residents Helsniki colloquially call this the short word "Espa". A lane extending for 280 metres, lined with trees, mainly lime trees. Their leafy crowns form a solid green wall that separated the alley from the busy streets of downtown Helsinki. 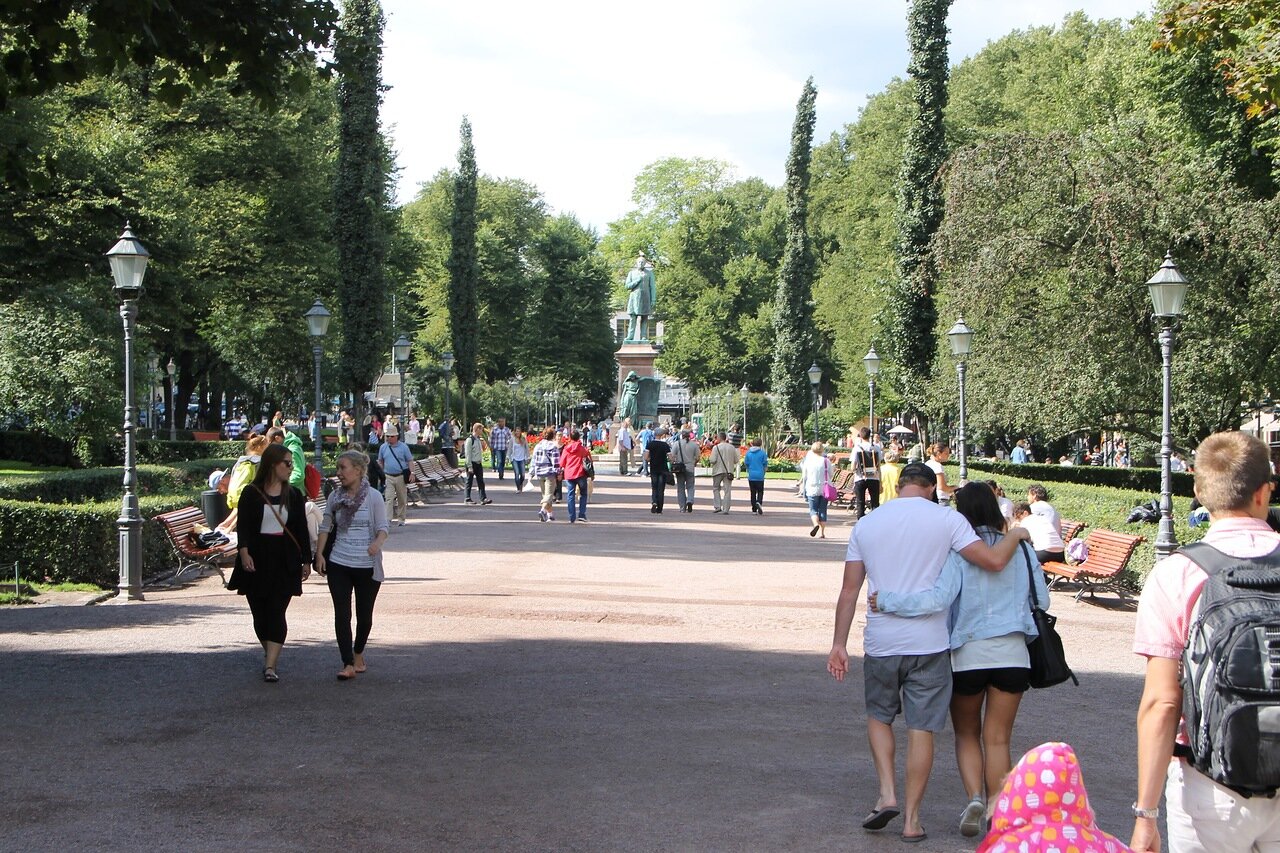 Near the entrance, on the right side of the Avenue in 1940 was a fountain by the sculptor Viktor Jansson "Hei vaan" ("Hello"). The sculpture is popularly called "Ilmaiskyyti" which literally translates as "Free travel". 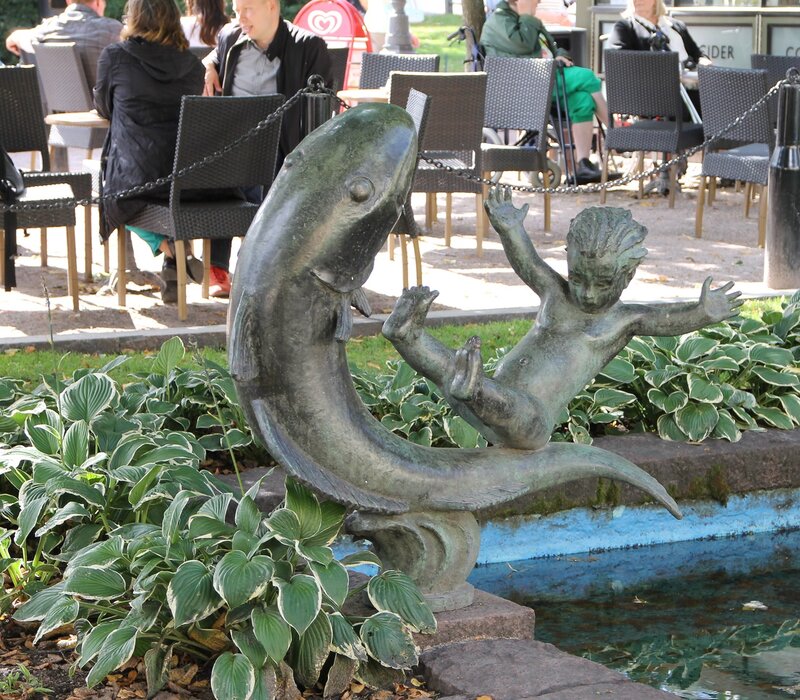 In the middle of the Park in 1885 a monument was installed teacher, journalist and poet Johan Ludwig Runeberg (1804-1877). 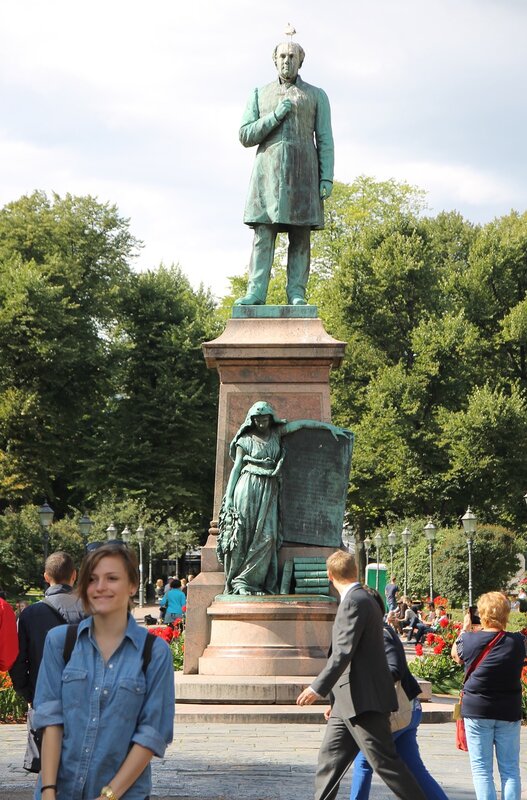 Collection of poems "Stories Venice Stella", written in the 30-40 years of the 19th century, has created a remarkable image of the Finnish people and earned him the title of national poet of Finland. The literary works of Runeberg gave rise to the revival of Finnish national identity on the historic background of the Russian-Swedish war for Finland. 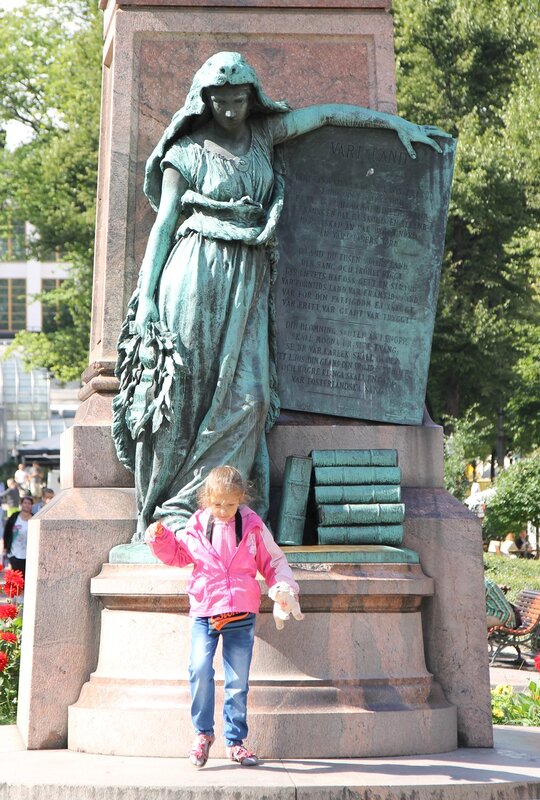 the Pedestal is decorated with a sculpture of a girl in a national costume that became the image of Finnish (Suomi-neito). 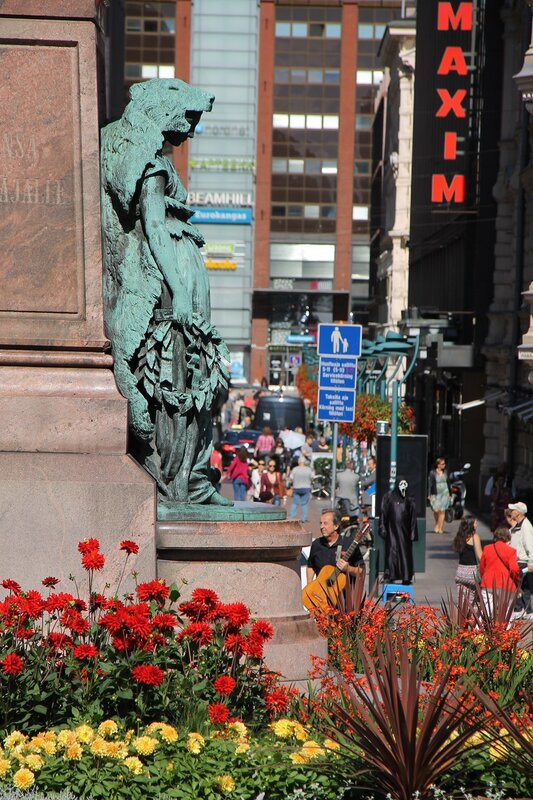 The author of the monument to the poet's son, sculptor Walter Magnus Runeberg (1838-1920), known for such works as the monument to Alexander II on the Senate square and Pietari Brahe in Turku. 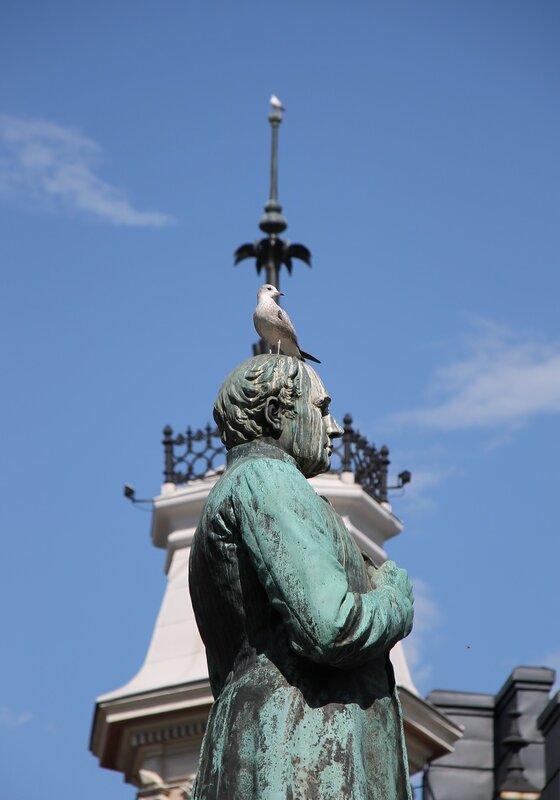 Monument to the Finnish writer, journalist and criticism Eino Leino (1878-1926), the famous poems, novels, plays, essays and translations of foreign literature into Finnish. Leino was a bright representative of the radical literary group "Young Finland", to promote the idea of ridding the Finnish culture from Swedish and Russian domination. The monument is made by sculptor Lauri Leppanen and installed in the Western part of the Esplanade Park in 1953. 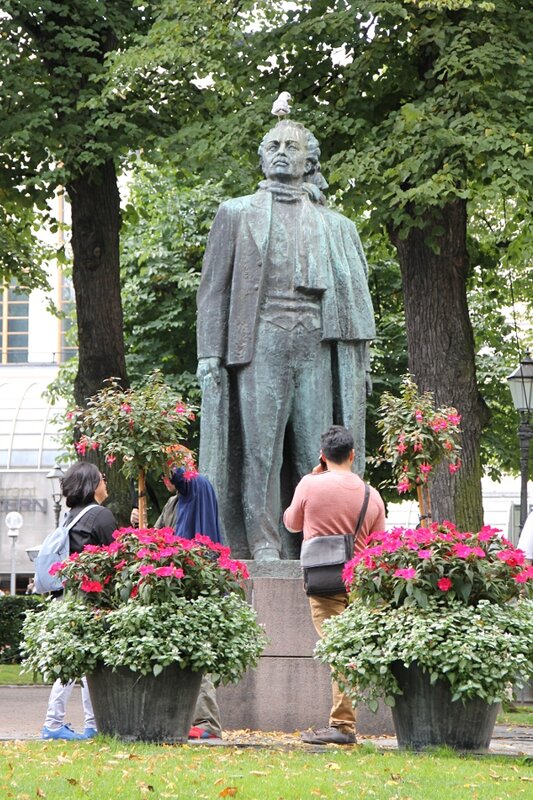 At the Western end of the Esplanade is situated the sculpture "the Tale and the Truth" (Taru ja Totuus), dedicated to Zacharias Topelius (1818-1898), a Finnish historian, writer and poet, rector of the University of Helsinki. These genres are closely intertwined in his work. 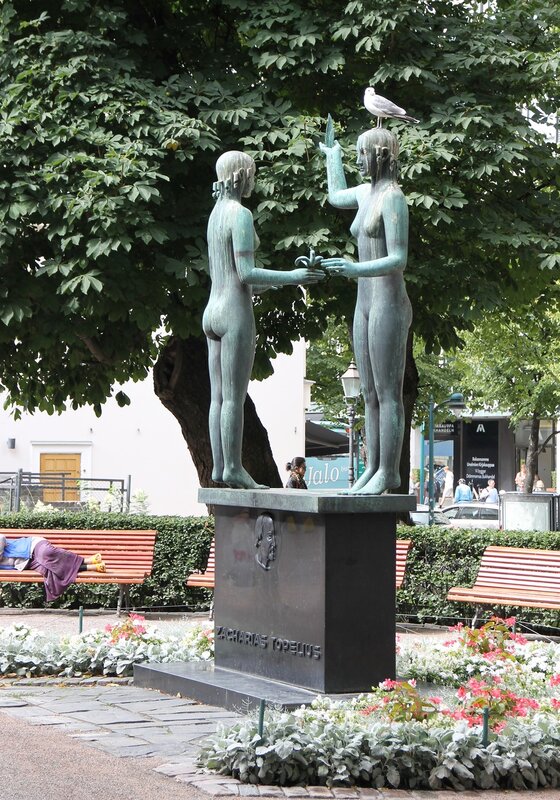 Monument opened in 1932. The sculptor Gunnar Finnen depicted two girls, one holding a fabulous bird with a crown on his head, the other raises the fire of Truth. The monument has caused ambiguous reaction of the public, and the people received the nickname "Naked genres". 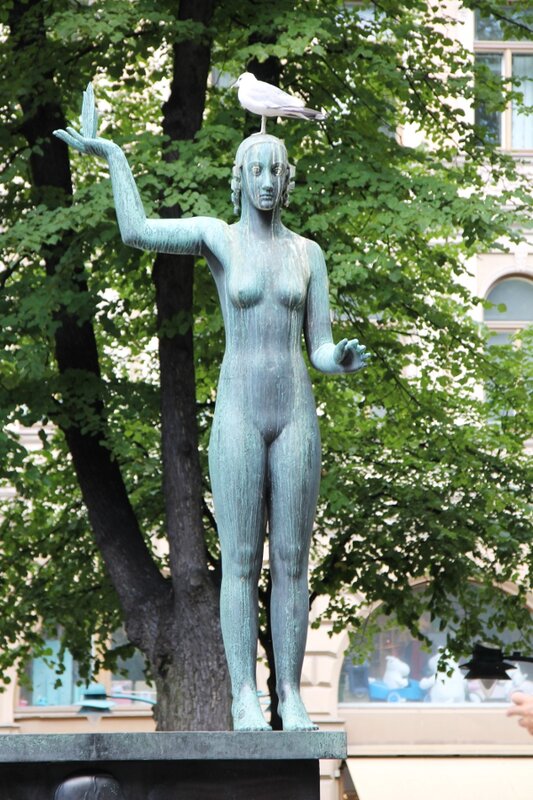 Ice cream shop in the western part of the Esplanade. 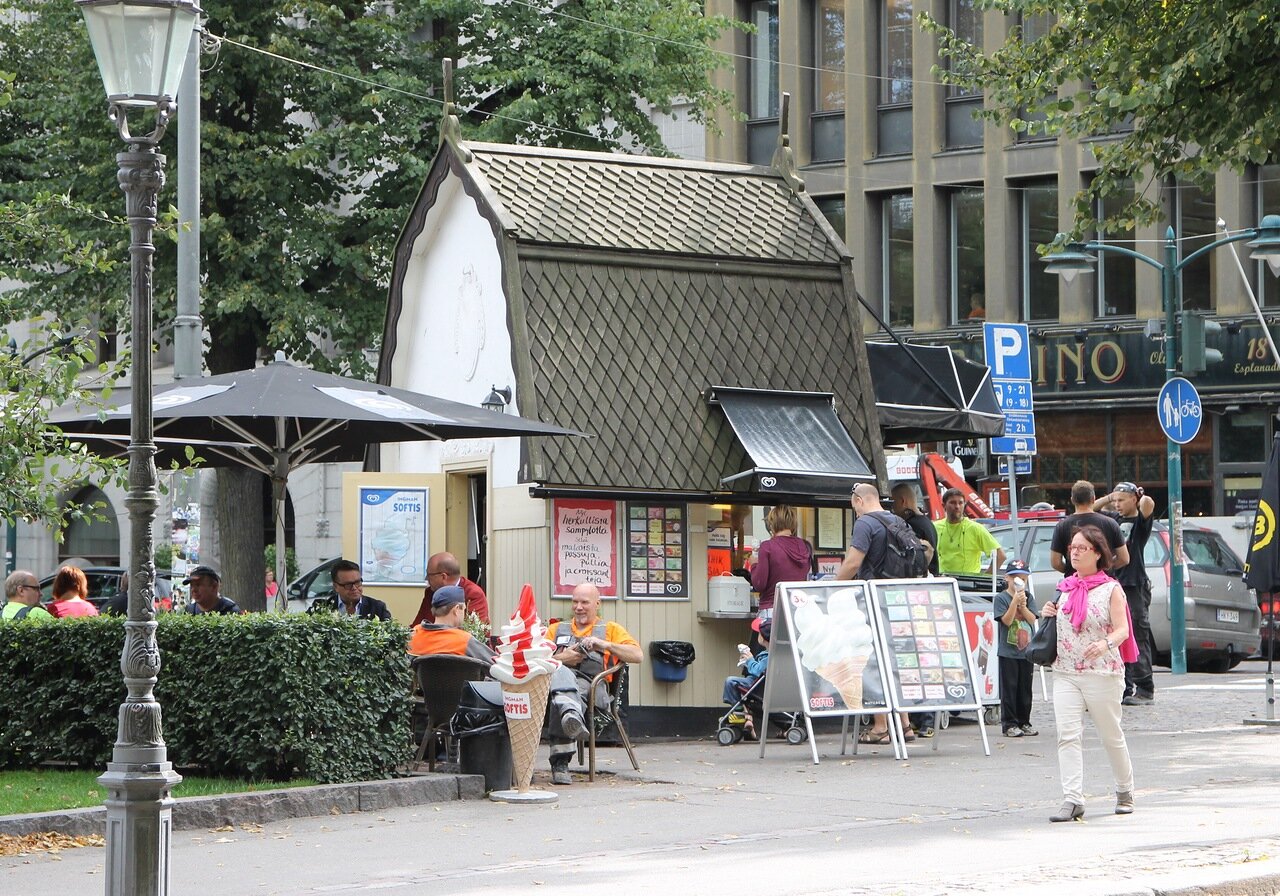